The Bike Update is going out a little later than usual because we wanted to include exciting news about Shared Streets, City Manager's Recommended Budget, and the Uptown CycleLink (a sneak peek). With much of the country confined to home and gyms closed, an unprecedented number of Americans are hopping on bikes. Eco-Counter, who makes counting stations for pedestrian and cyclist data collection, has reported a considerable rise in cycling compared to the same time last year. Strava Metro data for Charlotte shows a dramatic increase over the same time last year.

Cities reducing auto access would have been unimaginable a few months ago. These changes and the likelihood that social distancing measures will continue for many months could facilitate a transportation shift on a scale never seen before.  If we miss this opportunity, people's desire to self-isolate in their single-occupant vehicles may increase substantially, further exacerbating Charlotte traffic.

Sustain Charlotte quickly began advocating for more space in our streets for people to exercise and actively commute to essential jobs shortly after the stay at home measures were put in place. Shared Streets are closed to through traffic with temporary signage. They allow limited vehicle access like delivery trucks and residents who live on the street. The concept allows more space for people not in motor vehicles to social distance safely. Shared Streets are only one of several methods that cities have been using during the COVID-19 pandemic. Some of the other types are shown below:

Phase 1 began on May 9 with three street segments. Five other potential locations have been identified. More information on Charlotte’s Shared Streets program can be found here.  On May 4, we issued an action alert to our supporters asking them to speak up for a coordinated effort to provide equitable Shared Streets that keep more of our community connected during this challenging time! If you haven’t already, please share your support of Shared Streets here.

The City Manager, on Monday, May 4, presented his recommended City budget to City Council. In the proposal, bond funding for the Charlotte BIKES program remains at the same level as it did in the 2018 bond cycle. The bike program will be funded for two years at $4 million starting in 2021; effectively, this works out to be $2 million a year. The program continues to be underfunded by millions of dollars according to the recommended $4 million per year, as stated in the 2017 Charlotte BIKES plan.

Our executive director spoke at the City Council meeting (held online) Monday, May 11. Read his comments here.  He gave accolades to the City Manager’s recommended budget, which includes many bicycle and pedestrian projects. He also asked the City Council to consider fully funding the Charlotte BIKES program for the full $4 million per year rather than $4M over two years. While we continue to support the BIKES plan from 2017, there are also several new opportunities concurrently taking place. The Strategic Mobility Plan, the "Charlotte Moves” Task Force, and the 2040 Comprehensive Plan will reshape how transportation is integrated across the whole city. Sustain Charlotte has been participating in and representing the active transportation community on all of the advisory committees established for these plans and policies. 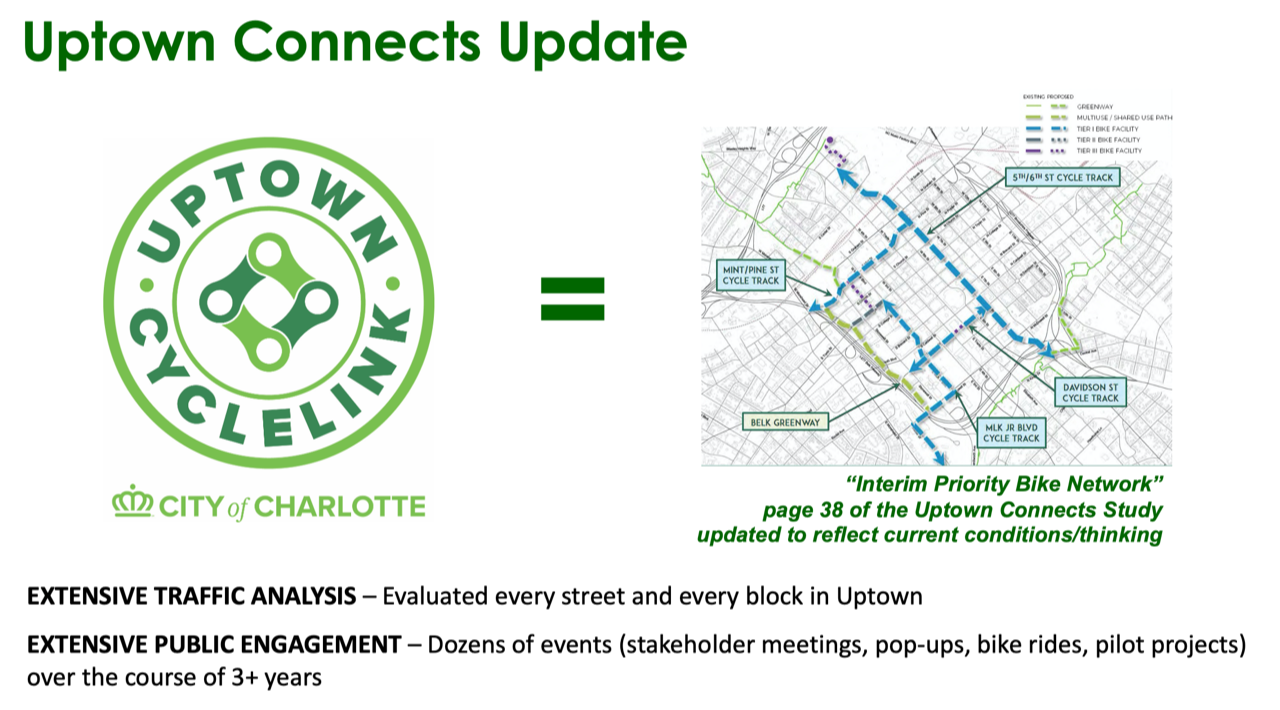 We're so excited to see the South Charlotte Connector is OPEN! The .75 mile-long trail runs parallel to I-485 between McMullen Creek and Park Road near the Pineville City Limit. It features a boardwalk system and bridge over McMullen Creek.

Don’t miss our upcoming Virtual Shifting Gears on Wednesday, June 10 at 5:00 pm - "Bringing Protected Bike Lanes to Charlotte" with the City of Charlotte's DOT and Renee Bradley from Stroll and Roll Plaza Midwood. The webinar will share how the new protected bike lanes on The Plaza have transformed the way people are using this street and we will get an update on the Uptown CycleLink!  Register here. 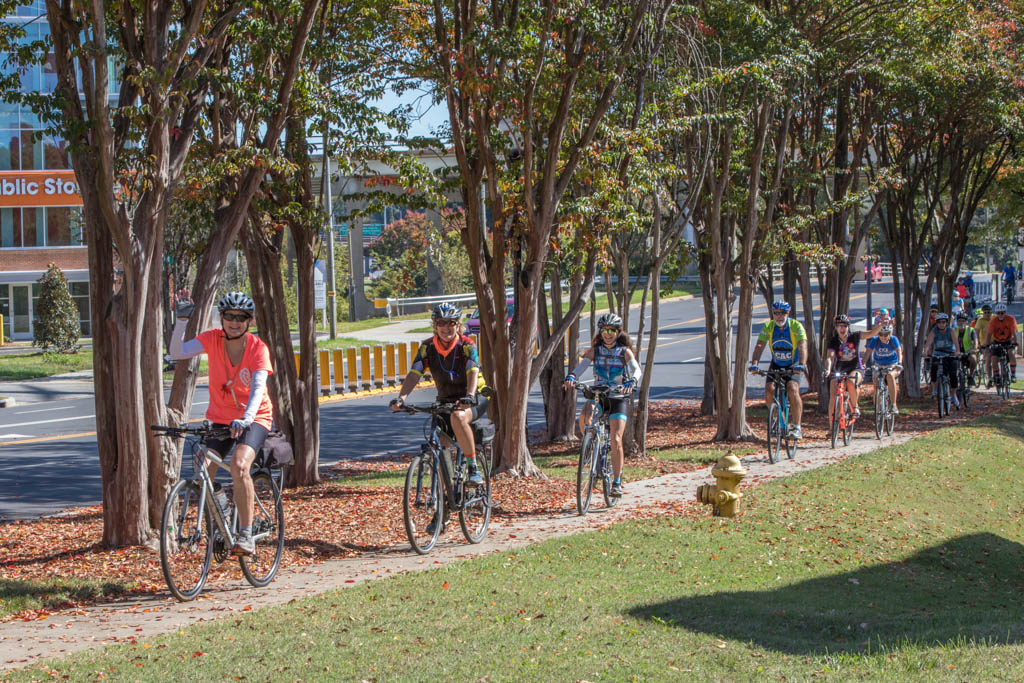 Mark your calendars for our signature event in the fall, BiketoberFest. It will be happening on October 25.

Want to receive this update in your inbox each month? Email [email protected], and he'll add you to the list!