CATS plans to straighten out meandering bus routes this fall

If you've avoided riding the bus to work because your travel time would be too long, relief is on the way! On October 1, the second phase of CATS' Envision My Ride initiative will bring major changes to numerous bus routes to speed up your trip. By removing the numerous meanders that routes take into neighborhoods and instead keeping them traveling along major streets, CATS's updated routes will allow many of its riders on the most popular routes to travel between more quickly. 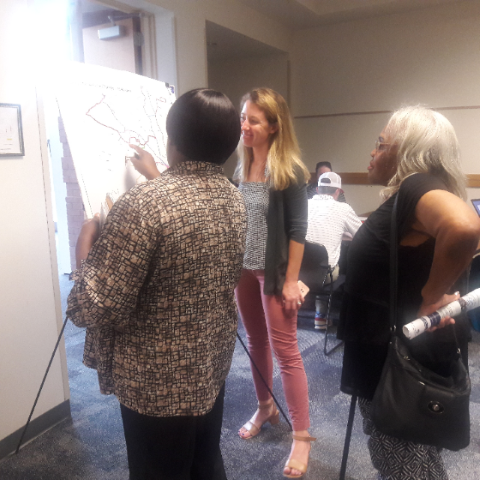 The changes that will occur on October 1st will primarily address the second standard, linearity. Many CATS bus routes have remained relatively changed for decades. But ongoing shifts in locations and density of jobs, housing, and other amenities demand that the transit network adjust to meet the needs of riders.

How does a rider's experience improve when the "wiggles" are taken out of a route?

In a previous article, we covered the trade-offs between linearity and coverage. In addition to these revised bus routes, CATS will maintain -- and make some adjustments to -- less frequent neighborhood and community services.

It already has! After CATS straightened the #4 Belmont route and connected it to light rail immediately following the opening of the LYNX Blue Line Extension in March 2018, ridership has already increased by 9 percent.

But more change is needed. Most of the routes that will be changed on October 1 still won't run every 15 minutes or less. Transit Center's Who's On Board 2016 report identified that high frequency is one of the most important elements of great transit. To run buses more frequently, CATS will need to add more overall service hours to its schedules. That will mean hiring more drivers, buying more vehicles, and maintaining those vehicles.

The good news is that there's plenty of evidence from across the country that well-planned bus network redesigns work. Even with the rise of telecommuting and ride-share services, mass transit simply remains the most cost-effective and equitable way to move people in densely populated areas.

CATS staff will be available to discuss the bus network redesign during their second round of public meetings this summer: