Sign our petition for the city to invest $50 Million in safe, healthy transportation for Charlotte 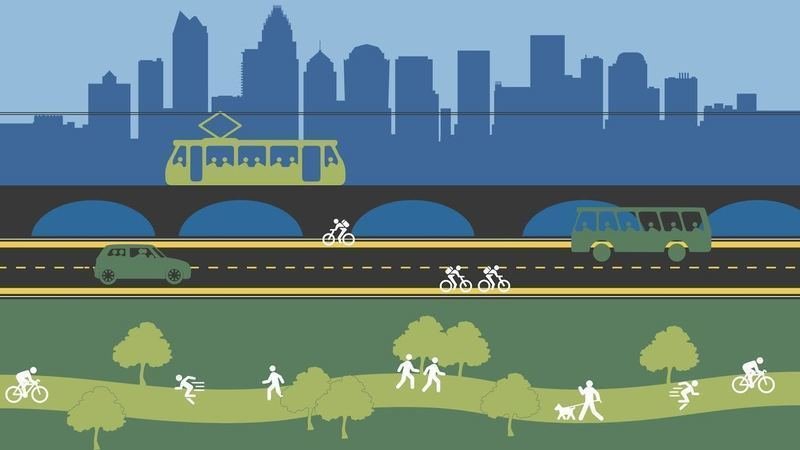 We shared this request as a letter to Charlotte's elected leaders and City Manager in January during the annual budget retreat. Now we're asking you to add your voice to it!

As you continue your careful deliberations about how to allocate our public tax dollars for capital projects in FY20 and FY21, I urge you to consider the following.

As we begin this new decade, cities are changing in a fundamental way.  For most of the past century, as a result of the invention of the automobile and the freedom of rapid, efficient movement it promised, we have designed our communities almost entirely around it.  That is, we've designed our homes, our schools, our offices, our neighborhoods, and our cities with the assumption that everyone would drive a car to get to where they need to go. In doing so, we made it almost impossible to get around using our own bodies.

We now know this assumption was deeply flawed and this auto-only design has resulted in some of Charlotte's (and many other cities) most pressing problems.  Namely, our inability to move around our communities using our own power by walking (or biking) as we have for most of human history has led or significantly contributed to:

We have all inherited a century of decisions that prioritized moving cars over moving people.  The auto-oriented city we now inhabit is a product of that intention. But given all of the problems this design philosophy has led to, we now must retrofit our streets for safety, health, and affordability by making the necessary investments.

With this in mind, we ask you to allocate $50M of the remaining voter-approved CIP dollars over the next two years (FY21-22) to making our city safer for walking, biking, and accessing transit.  We respectfully request these funds to be allocated to the following existing city programs and projects that are desperately in need of funding:

These five initiatives - Vision Zero, the Bicycle Program, the Pedestrian Program, Uptown Connects, and XCLT2 - represent a key part of Charlotte's strategy to promote more affordable living and build a safe, healthy, and accessible city for all Charlotteans. Transportation equity, affordable housing, and public safety should be part of a multi-faceted approach to tackling affordability and economic mobility issues in Charlotte. We know you must weigh many priorities during the budget process. These five initiatives support transportation equity, save lives, improve health, build social capital, reduce our contribution to climate change, and save residents money. Given all of these benefits, they deserve funding.

Thank you for your consideration of this request and your service to our community.

We need your help to let Charlotte's leaders know that residents want safe, healthy transportation choices. Please add your voice by signing the petition below, then share it with a friend!

Want to learn more? Watch coverage of this petition on WSOCTV: