We were thrilled to see the level of enthusiasm for parks and greenways that was demonstrated at our recent Grow Smart CLT event. 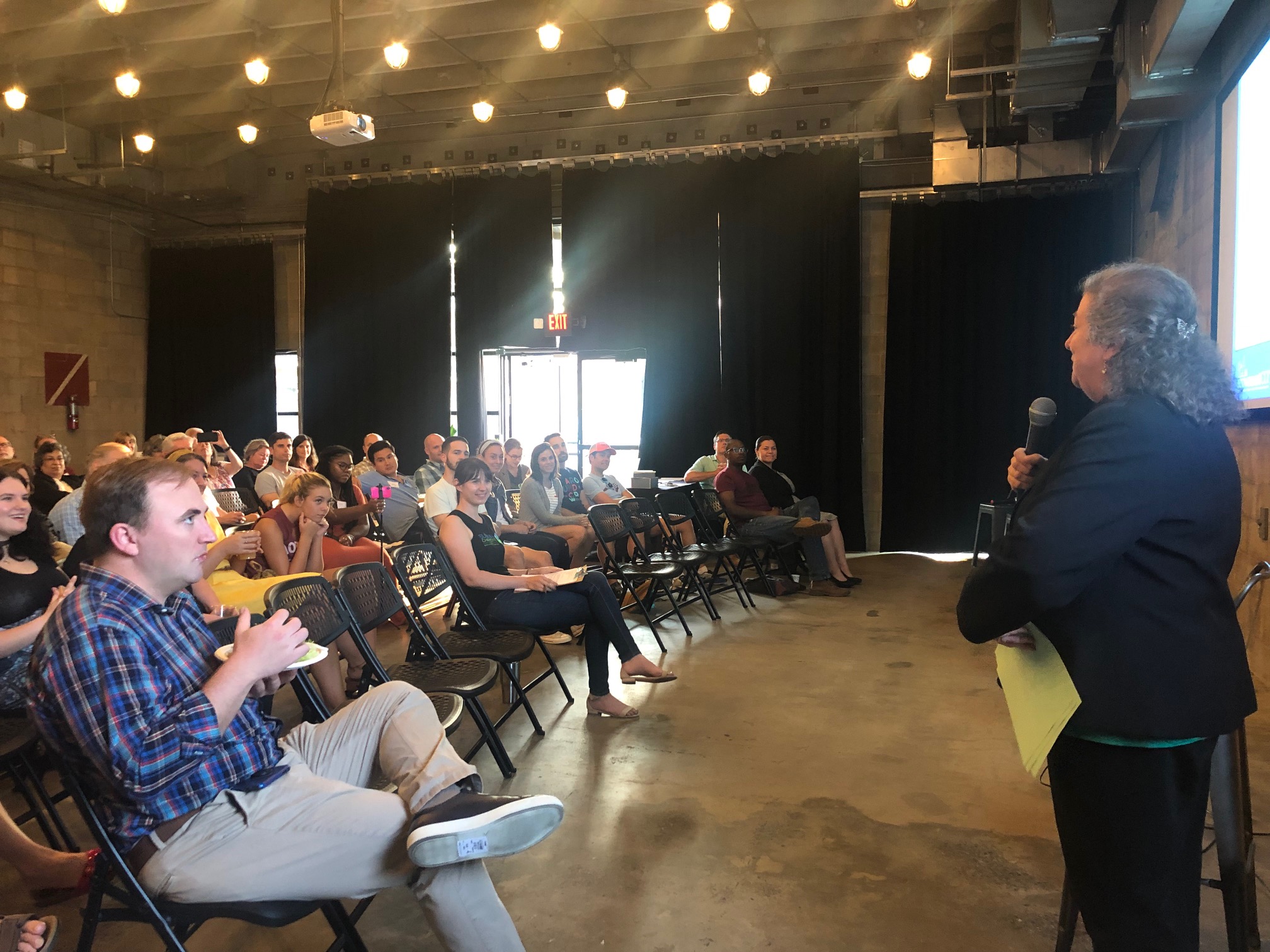 Nearly 75 people joined us at Camp North End to hear from local parks advocates, community partners, and elected officials about how they can speak up for parks. The response was inspiring.

We kicked off the event by asking people why they value parks and greenways. Here’s what they had to say: 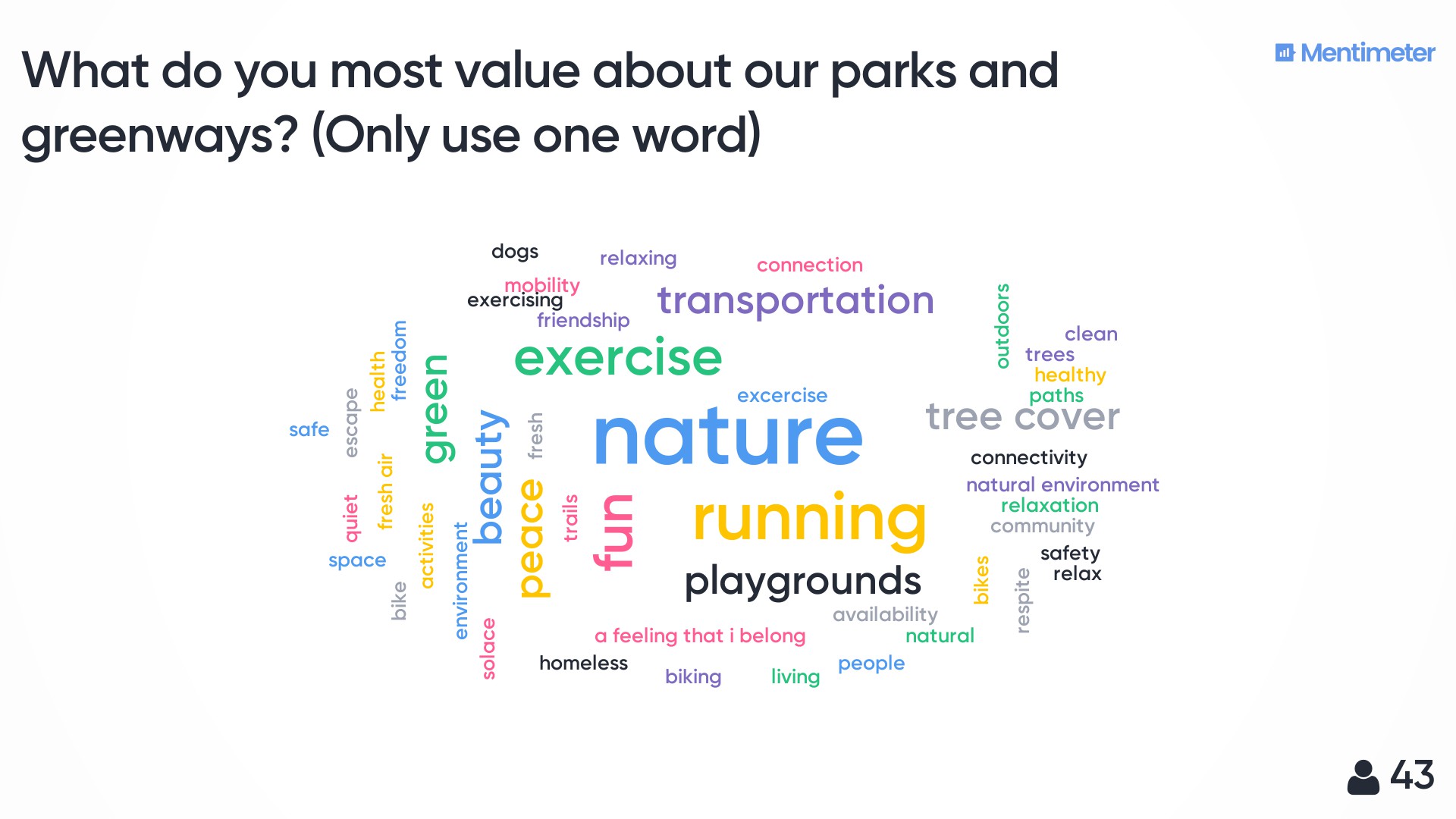 Next County Commission Vice-Chair (and major parks advocate) Elaine Powell shared why parks are meaningful to her, and what they can mean to the community. Then we brought up our panel for the evening, which was comprised of Commissioner Powell as well as Rickey Hall, Board Chair of West Boulevard Neighborhood Association, Rick Winiker, Mecklenburg County Park and Recreation Commission, Adrienne Martinez, Board Member of North End Community Coalition, and Kinson Desamangles, Resident Volunteer of North End Community Coalition.

Here are three things we learned from our panel of park and greenway advocates:

1. Local officials need your help to be able to help

After a decade of underfunding, the Park and Rec budget is finally back up to where it was in 2009. Of course with a lot more people in Charlotte now, it makes sense that we should have more green space. But we heard from Commissioner Powell that our elected officials need to hear that request from residents. With a multitude of funding needs every year, the best way for county leaders to justify increased parks funding is if the people demand it.

If you want a park or greenway connection in your neighborhood, the best thing to do is ask. But Adrienne offered this sage advice: Come with ideas of what can be done. She shared details about the project that she and Kinson are helping to lead within the North End community alongside Sustain Charlotte, which will activate one underutilized park and remove safety concerns at another. By bringing their ideas for the two parks to Park and Rec staff they were able to more quickly get approval and support from the County, and they know that their ideas are truly going to be what the residents want.

3. Partnership will get you further

The third piece of advice that we heard repeated again and again was the value of partnership. Attendees heard from Rickey, Adrienne and Kinson, and Rick, all about how it takes collaboration to bring these projects to life. Each of them spoke about the need for action and the benefits of working together to make it happen. That’s just one reason why Sustain Charlotte makes partnering with communities a priority, and will continue to do so.

The need for more parks and greenways in Mecklenburg County is clear. But to make it happen you need to use your voice. And with residents, government staff, and elected officials all working together, more green spaces for Mecklenburg residents can become a reality.

Missed the event? Check out the video. You can also view the full presentation here.