If you attended Open Streets 704 this past Sunday (May 1st) you may have noticed some new faces in the crowd. The entire point of the event was to give residents the opportunity to walk out in a shared open space and re-imagine, however briefly, how we use our city. Open Streets brings people of all walks of life together to do what we love to do the most - people watch.

You may have seen another new face out there: Ike the Protected Bike Lane! 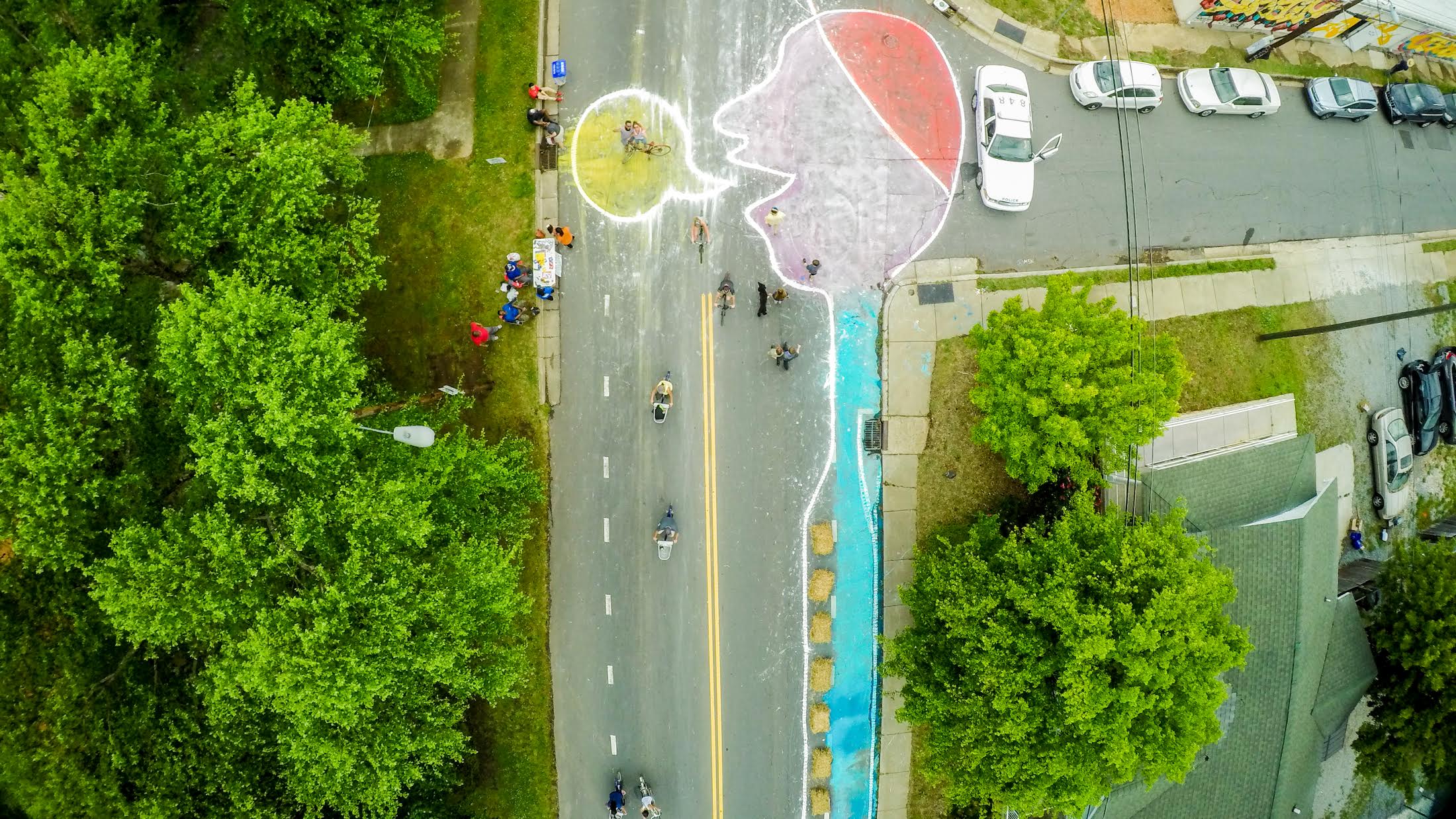 Ike couldn't stop talking about how great folks in Charlotte are!

In order to prove this simple concept, I, along with several dear friends in this city, created a fictional character named Ike. Ike was a simple drawing, roughly 50’ in length. We used an existing bike lane, but enhanced its presence by filling it in with color.

We used 25 bales of hay to create our vertical barrier. The hay was placed on the outside of the existing white line of the bike lane and an additional white line was drawn along the hay in the vehicle lane. Ike’s head served as a “landing zone” for participants to stop their bike in and ultimately they were able to stand in Ike’s “speech bubble” and give their feedback on the protected bike lane experience. When seen from the sky, the person standing in the speech bubble represents Ike’s thoughts.

And that was the point of this installation. Protected bike lanes speak up for people. Wherever Ike is, he will be speaking up for you. For your daughter who wants to ride her bike to the park or for your grandmother who needs to ride her bike to the grocery store. Ike speaks for the innumerable people who would like to use their bikes to get around who don't feel safe. And he also speaks for the innumerable benefits that bicycling brings to the community. Ike’s a good guy to have around.

As the Bicycle Program Director for Sustain Charlotte, my role is also supported by the Knight Foundation. If you’re noticing a theme here, the Knight Foundation places a great deal of emphasis on cultural vibrancy, engagement, people feeling free to express themselves, people getting the opportunity to move forward. It has been proven the world over that if you create a safe place for people to ride their bikes, people will ride them. It’s so simple. It’s so simple, in fact, that we’re over complicating it.

Didn't get a chance to experience Ike first-hand? Take a virtual ride:

Click here to learn more about the impact of the first Open Streets 704 event!