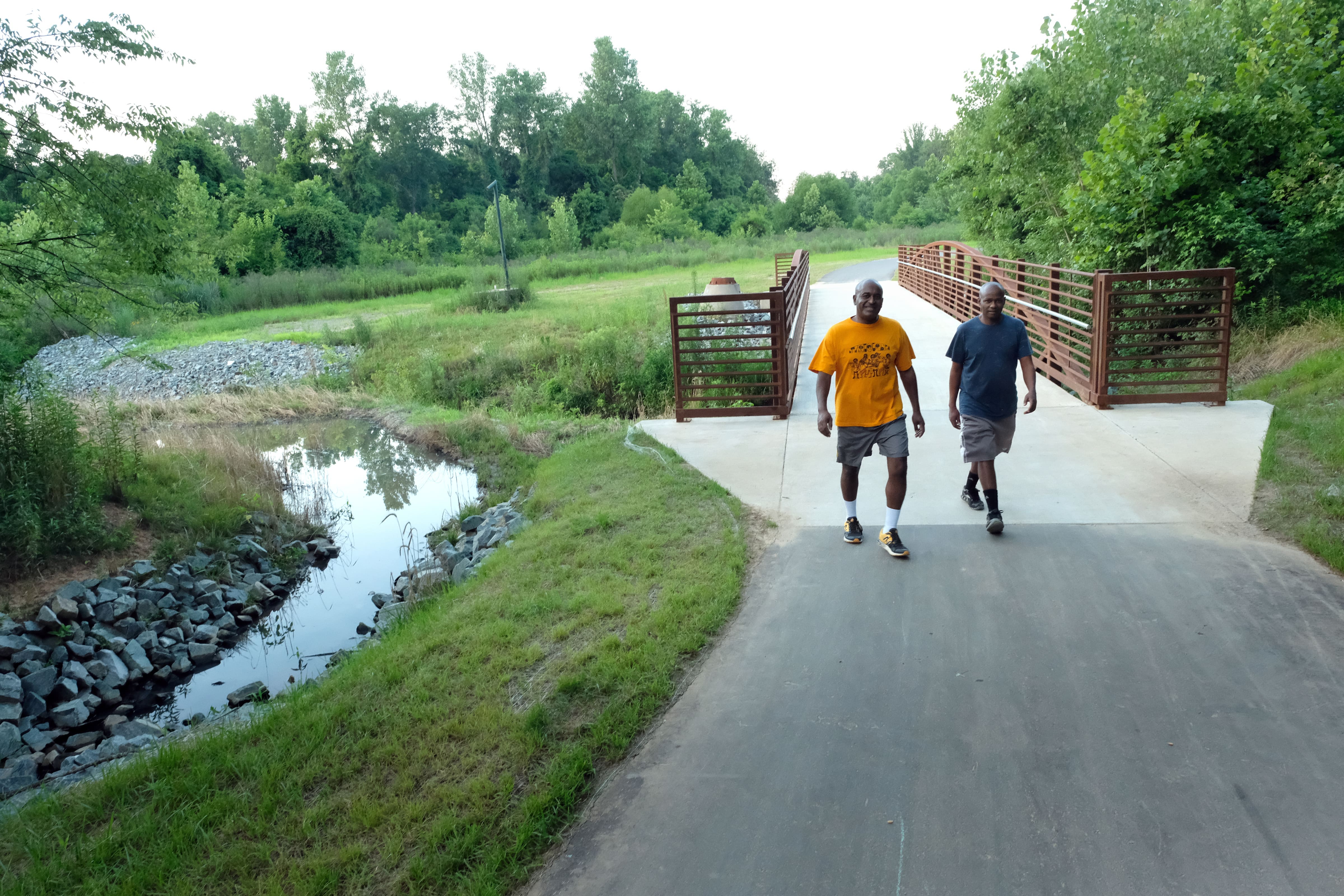 Mecklenburg County commissioners on Wednesday approved a $2.2 billion budget for fiscal year 2023 that includes $50 million to acquire land for expanding parks, greenways, and nature preserves. This is an important step in growing a greenway network that is critical to the mental and physical health of our residents, the environmental wellbeing of our county, and the economic mobility and equality of everyone in our community.

We’re thrilled and grateful that commissioners approved $50 million to help reach that goal. Many of you joined us in asking for at least $35 million for this purpose, and your advocacy made a difference.

A more robust greenway network can help connect Mecklenburg County’s neighborhoods and give residents more access to nature. An expansion of the greenway network is a big step toward equity for residents who are most in need of transportation choices and outdoor recreational opportunities.

Public open space is a vital part of our public infrastructure, but right now, our greenway network isn’t extensive enough to be routinely used by all residents. Simply put, it hasn’t grown at a pace that keeps up with the Charlotte area's increased population and the current needs of residents.

Now is the time to change that and buy land dedicated to greenways, parks, and nature preserves before prices rise even further and less land becomes available. We urge the county to invest in communities that have been historically underserved to increase access to green spaces.

Greenways and other sustainable and affordable forms of transportation will help create a future in which people in Charlotte and Mecklenburg County are less reliant on cars.

When county staff released the proposed budget in May, it included $35 million for land acquisition, as we'd hoped for at a minimum. But during a straw vote session on June 15, commissioners voted 5-4 to add another $15 million ahead of Wednesday's formal budget adoption.

Wednesday’s vote is truly an important step in creating a healthier, more vibrant, and more equitable future for Mecklenburg County.

Read more about our advocacy for greenway expansion through the Growing our Greenways initiative here. Want to see what else is in the county's FY23 budget? Here's a look.