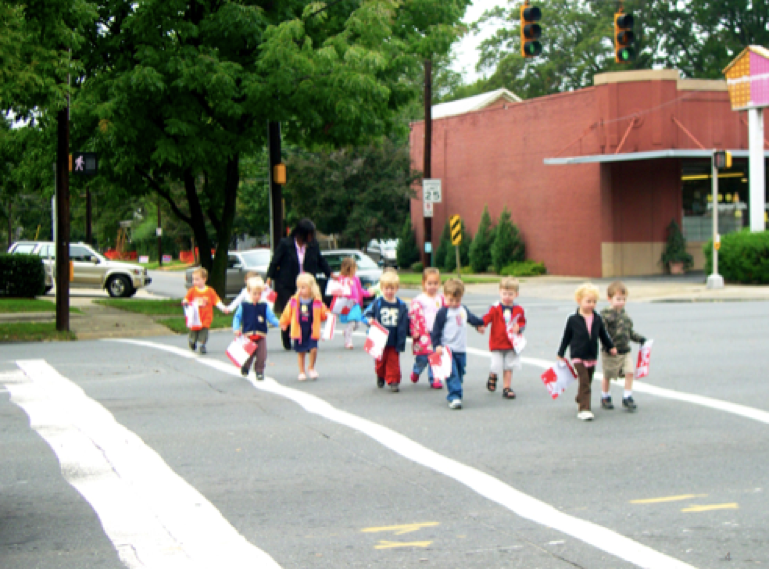 The Charlotte Department of Transportation (CDOT) will update and streamline the current policy that dictates vehicle speeds and the design of street crossings in school zones.  Although there are 260 private, public, and charter schools in the Charlotte-Mecklenburg area, the policy hasn’t been updated since 2004.

Debbie Smith, of CDOT, outlined the timeline for next steps in this update.  She said that CDOT has already chosen a consultant and will solidify the contract by the end of June, host meetings with stakeholders including police and school leadership from July to September, and have a draft policy for Council review by November or December.

Currently, high schools do not qualify for school zone upgrades and school administrators are left to decipher a cumbersome application process.  The new school zone policy will offer best-practice guidance, give schools greater flexibility in the application, and expand improvements to high schools. 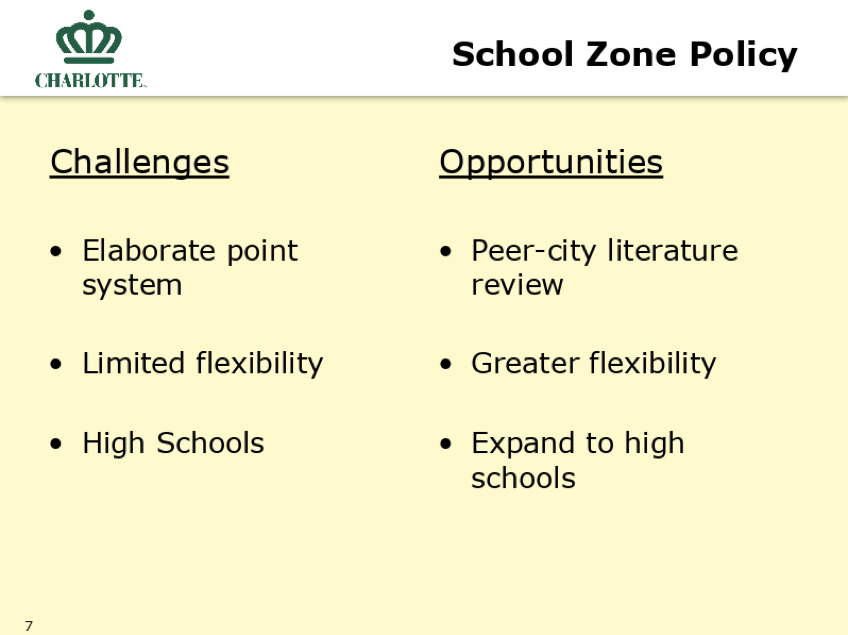 Committee Chair Gregg Phipps asked for a more aggressive timeline and if it was possible to have something done before school starts this fall.

Mayor Pro Tem Julie Eiselt brought up Vision Zero and raised concerns about the lack of traffic law enforcement.  “If we don’t talk about the need for our police to enforce the rules,” she said, “it feels like we will not have the best outcomes.

CDOT Director Liz Babson responded by saying that the Vision Zero task force stakeholder group includes CMS officials and law enforcement officials.  She went on to say that with these new policy updates, almost every school will see changes.

Babson then presented an overview of the city’s current Neighborhood Traffic Calming policy and program.

The Neighborhood Traffic Calming policy was originally adopted and funded in 1994 and revised in 2006 to make it easier for neighborhoods to apply for street improvements.  It is an effort between the residents and the City to improve traffic safety in their neighborhoods.

Under the program, there are three solutions that neighborhoods can ask the city to implement to calm traffic on residential streets: speed reduction, speed humps, and multi-way stops.

Even though the Transportation Action Plan states that the City will continue to implement traffic calming in an effort to improve safety and neighborhood livability, promote transportation choices and meet land use objectives, Council eliminated funding for new speed humps in 2012. 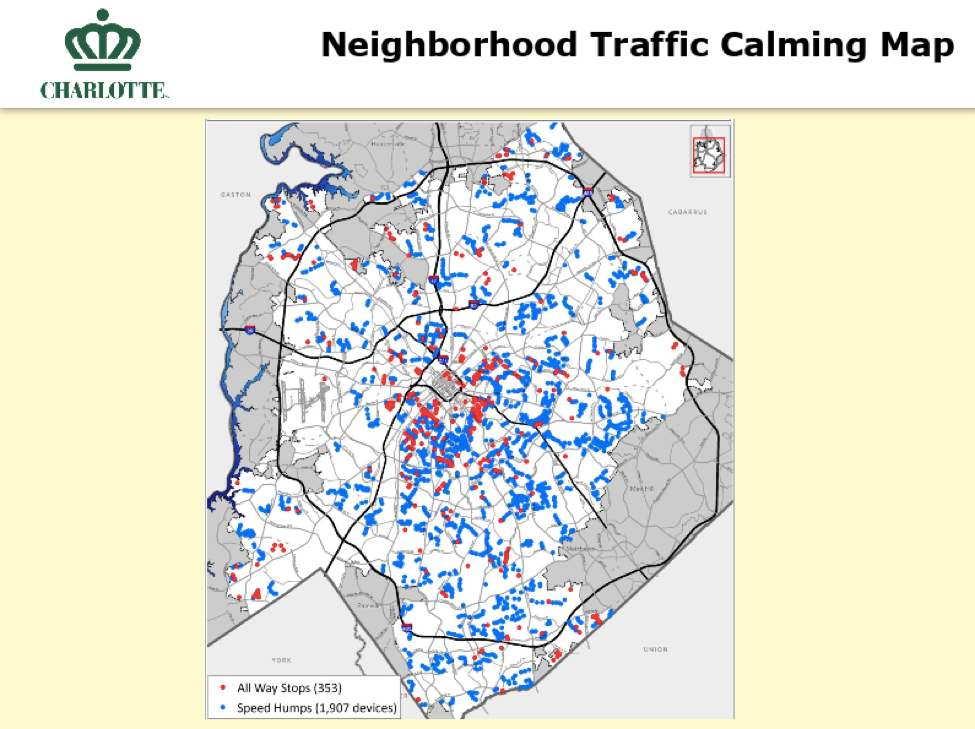 Today, stop signs and speed signs are still paid for by the City, but neighborhoods seeking speed humps either have to self-fund their construction or apply for a Neighborhood Matching Grant. Given this, it is unsurprising to us that there is a higher concentration of these traffic calming devices in the city’s more affluent neighborhoods, as shown in the map above. The City has a cataloged a backlog of almost 2,000 requests for speed humps from residents.

Good news!  CDOT will work to review the current policy and fund the Neighborhood Traffic Calming program!  Before the speed hump budget was eliminated, CDOT allocated an estimated $200,000 toward their construction across the city per year.  Money to reinstate the program will come from the new 2018 transportation bond and with the approved $2M allotted to the new Vision Zero program in the recently adopted FY2019 budget. 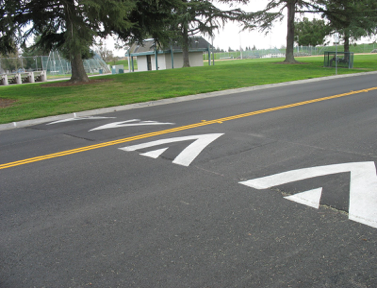 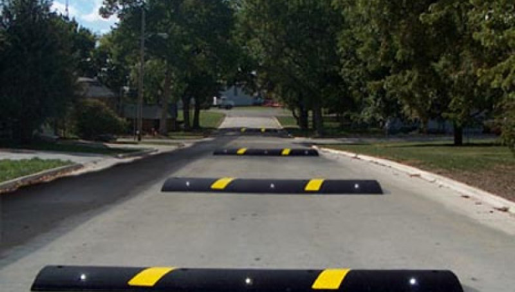 Babson explained that speed humps and other traffic calming projects fall into the Vision Zero scope of work and that this includes the need for enforcement and education. “If we want our residential streets, or all of our streets to be safer,” Babson said, “we all play a part in that. “

The Neighborhood Traffic Calming policy only applies to residential streets.  When reviewing the policy,  Eiselt asked if staff could re-evaluate how a neighborhood street is defined and the limited scope of such a policy.

We agree, especially since a majority of serious and fatal crashes occur on thoroughfares and other non-residential streets.  We are looking forward to the City’s completion of a High Injury Network Map as part of the Vision Zero program. High Injury Networks (HIN) spotlight streets with a high concentration of severe injuries and deaths, with an emphasis on those involving people walking and bicycling. The HIN analysis will help inform the city’s forthcoming policies, programs, and engineering design toolkit.

Jaiyeoba recommended the creation of a comprehensive plan to guide future growth and development that would take roughly two years to complete called CharlotteFuture 2040. During that time, city staff would engage the public to develop a shared community vision for Charlotte in 2040.  Read our blog recapping Jaiyeoba’s presentation to last month’s meeting here.

Monica Holmes, also of the Planning Department, ended the meeting by providing a status update and timeline for the new Transit Oriented Development (TOD) Zoning Districts.  The first draft of the new TOD-A district, which would apply to development nearest rapid transit stations, received 400 public comments during the input session.  Planning staff are currently addressing those comments, focusing more intensely on form (design), and working to release a full draft of all four new TOD district regulations by the end of the summer.  Some of the additions to the drafts include height standards for affordable housing, higher design standards, and a more predictable process.