At their February 14th meeting, the Charlotte City Council Environment Committee were presented with the results of the recent tree canopy assessment, an overview of current tree programs and initiatives, and considerations toward adopting an appropriate tree canopy goal(s). 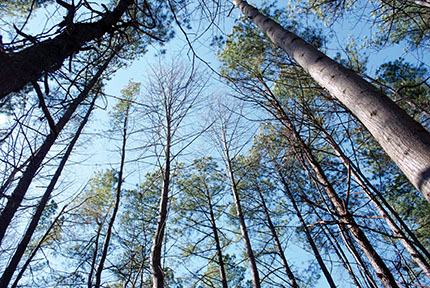 According to the assessment, the tree canopy percentage is 46.8 percent using 2016 data. This is down from 47.1 percent in 2012, the last time the tree canopy was assessed. The percentage difference equates to 400 - 520 acres of lost trees.

Nicknamed “The City of Trees,” Charlotte is well known nationally for its urban tree canopy. For 38 years in a row, Charlotte has been named a Tree City USA by the Arbor Day Foundation. In 2013, American Forests ranked Charlotte among the top 10 cities for its tree canopy.

Trees contribute to our community in a variety of ways as described in a piece from UNC Charlotte Urban Institute:

In 2011, the Charlotte City Council adopted a “50 percent by 2050” policy to grow the tree canopy across the city in response to studies showing that the tree canopy was disappearing faster than it was being replanted. Mecklenburg County lost 33% of its tree canopy and 3% of its open space between 1985 and 2008, and has only half the parkland per person compared to the national average.

The Environment Committee is looking at potentially revising the 2050 goal. Options may include:

They also discussed what make a good canopy goal?

While there is a tree protection policy in place, it has not been strong enough to counter the losses. It’s important that we address the primary problem. Most of the tree canopy loss can be attributed to rapid development and sprawl. Our current policies related to trees are insufficient to reach our “50 percent by 2050” goals.

We must strengthen our ordinance to protect and expand our tree canopy. While some nuanced revisions can be helpful, we shouldn’t abandon our overall goal. We should look at all possible solutions including “No Net Loss” Policies.

This process is expected to last several months. We will continue to provide updates and advocate for our tree canopy.