Charlotte's transit riders are about to hear about a major effort that holds the potential to revolutionize their daily travel experience!

CATS' Envision My Ride initiative will gather public input as the transit agency begins a major re-design of the bus network. Over the coming months, CATS will apply state of the art planning and best practices from cities like Seattle and Houston to create a superior transit network that will meet the needs of our growing population. 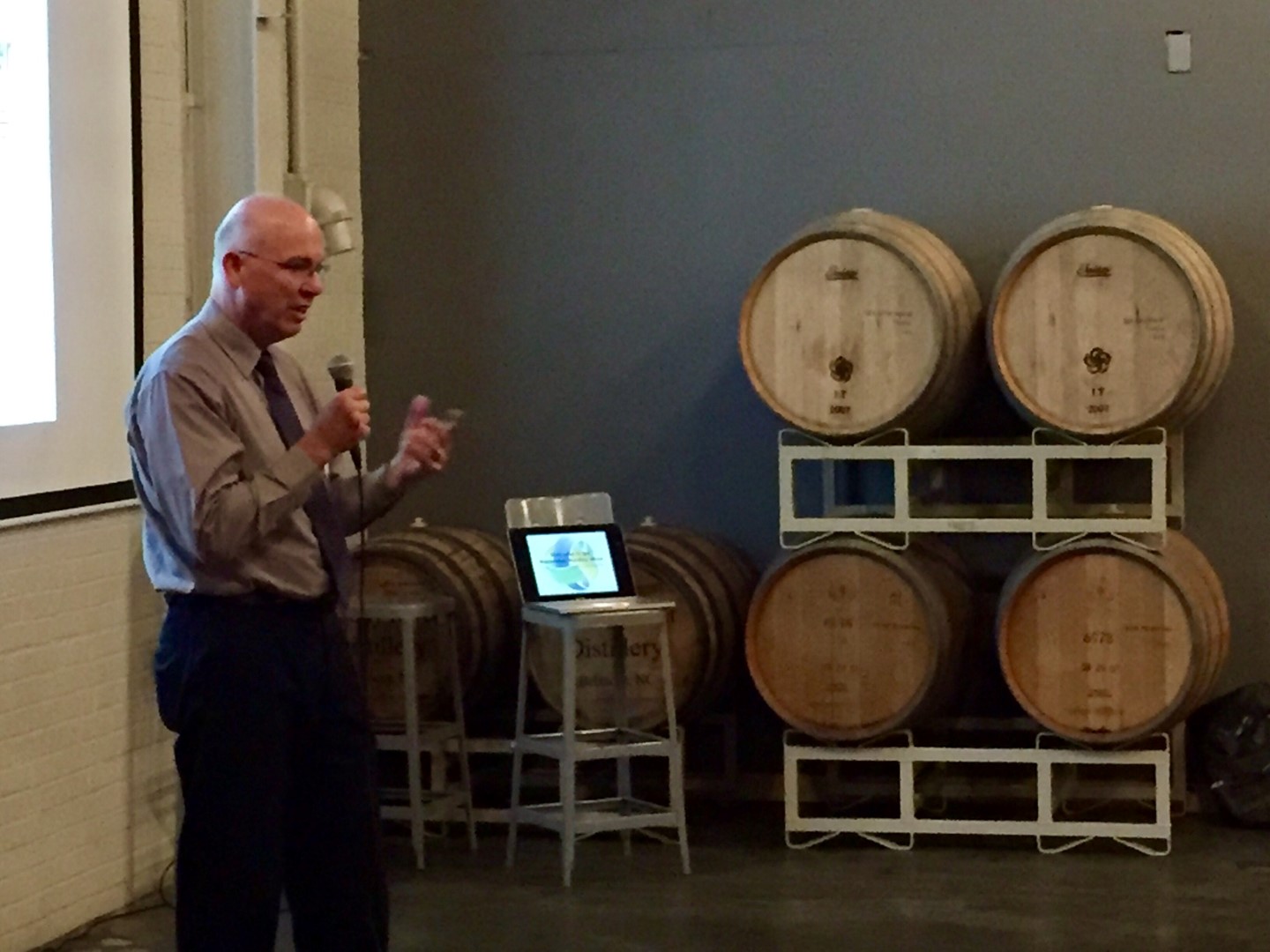 Larry Kopf, who is leading the CATS bus network re-design, spoke and gathered survey input at our Monthly Mixer!

Buses carry about 75% of all people who ride transit daily in our area, while light rail and streetcar riders account for only 25% of trips. But CATS bus ridership hasn't grown as expected in recent years. A more efficient and effective bus network will address some shortcomings of the existing network that may be deterring new riders:

We have a "spoke and hub" bus network. Outside of Uptown, Charlotte isn't laid out in a grid pattern. Many of our arterials (major streets) are radial and feed into the Uptown area. We have relatively few crosstown streets that run east and west. What does this mean for a bus rider who needs to travel from, say Steele Creek to the University City area? Most CATS bus routes terminate at the Charlotte Transportation Center (CTC) in Uptown and require a transfer if the passenger needs to go farther. This often leads to very lengthy overall trip times.

Crosstown routes run infrequently. The crosstown CATS bus routes that run primarily east and west without passing through the CTC tend to have low ridership. They also don't run very frequently, sometimes only once per hour. Compared to the main routes, service typically ends much earlier in the evenings and for many of the routes service is non-existent on Sundays. Is ridership low because buses run infrequently, or do the buses run infrequently because there aren't enough people who want to ride? The network re-design will create more neighborhood transfer centers that will allow riders to efficiently use both main and crosstown routes to reach their destinations much more quickly.

Neighborhood routes are often circuitous. In an effort to provide bus stops within close proximity of as many homes as  and workplaces possible, CATS (like many transit agencies across the country) has designed some routes that spend a lot of time winding through small neighborhood streets (image on left, below), although a more direct route (image on right, below) would be much faster and shorter.

Most bus riders walk to and from their bus stops. If riders are asked to walk slightly farther so that buses can reach their destinations more quickly, we need to ensure that walking routes are safe and comfortable. 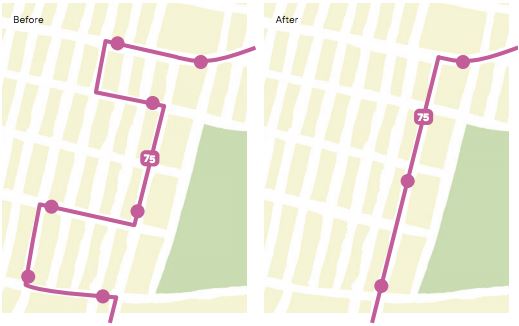 A direct bus route (right) is faster than one that weaves through a neighborhood (left).

What we know from TransitCenter's research is that more people will choose to ride the bus when it's reliable, frequent, and efficient. Bus stops also need to be safe and accessible to pedestrians. With a future re-designed transit network where buses arrive reliably on time and with shorter intervals between trips, riders will develop confidence in knowing that they'll reach their destinations on time. They'll then have more motivation to hop on the bus than drive in their own car, knowing that the trip will meet their expectations.

Here's one of the CATS survey questions that addresses a key consideration for riders:

Please choose the scenario you would prefer:

This question captures the competing challenges that CATS must grapple with as they build a better bus network: Speed/frequency vs. coverage.

The first scenario places a higher priority on speed and frequency. If everyone is willing to walk a bit farther to their bus stop, then buses can run more frequently because the route is more direct. This requires fewer drivers and vehicles, and time spent on the bus is short because the bus stays on main streets instead of winding through neighborhoods.

The second scenario places a higher priority on coverage. More people would have bus stops within very close proximity to their homes, but bus routes would have to take lots of twists and turns through neighborhoods. That would result in a slower bus ride for everyone. And because each route would take longer to reach its final destination, buses would run less frequently due to the higher cost of a long route.

We know from TransitCenter's research that speed, frequency, and reliability are keys to boosting transit ridership. In a city as sprawling and rapidly growing as Charlotte, it simply won't be possible to provide block-level coverage everywhere it's desired. In the end, it will require a balancing act of these factors to provide the best quality service to the largest number of people possible.

Houston was able to overhaul its transit network in a very cost-effective way. We know that Charlotte can knock this out of the park, too! Yes, there will be an additional cost to adding more crosstown routes, transfer centers, and extended service hours. But in a city that's projected to grow by 400,000 new residents over the next 25 years, we need sustainable solutions to handle the expected 1.5 million daily vehicle trips that will accompany our population growth.

We're confident that all Charlotteans -- transit riders and non-riders alike -- will ultimately benefit tremendously from the congestion mitigation, air quality improvements, enhanced walkability, and economic benefits of a far more robust transit network. We're tremendously encouraged by Charlotte voters' recent approval of transportation bonds and believe that our community will continue to value long-term investments that optimize quality of life for all who live and work here.

Over the coming months, we'll share with you opportunities to share your feedback on proposed changes to the network and ways to be an effective advocate!

Sustain Charlotte's work to advocate for an improved transit network is funded by a grant from TransitCenter.