Can Charlotte eliminate traffic deaths by 2030?

Sustain Charlotte serves on the Charlotte Department of Transportation's (CDOT) task force for the creation of the new citywide Vision Zero Action Plan to eliminate traffic fatalities and serious injuries by 2030. This past Monday, Charlotte City Council's Transportation and Planning committee received an introduction to the plan from staff.

What will it take to transform Charlotte's streets to become safe for everyone over the next 12 years?  Today we're sharing what we think is needed to keep the plan's implementation on track. 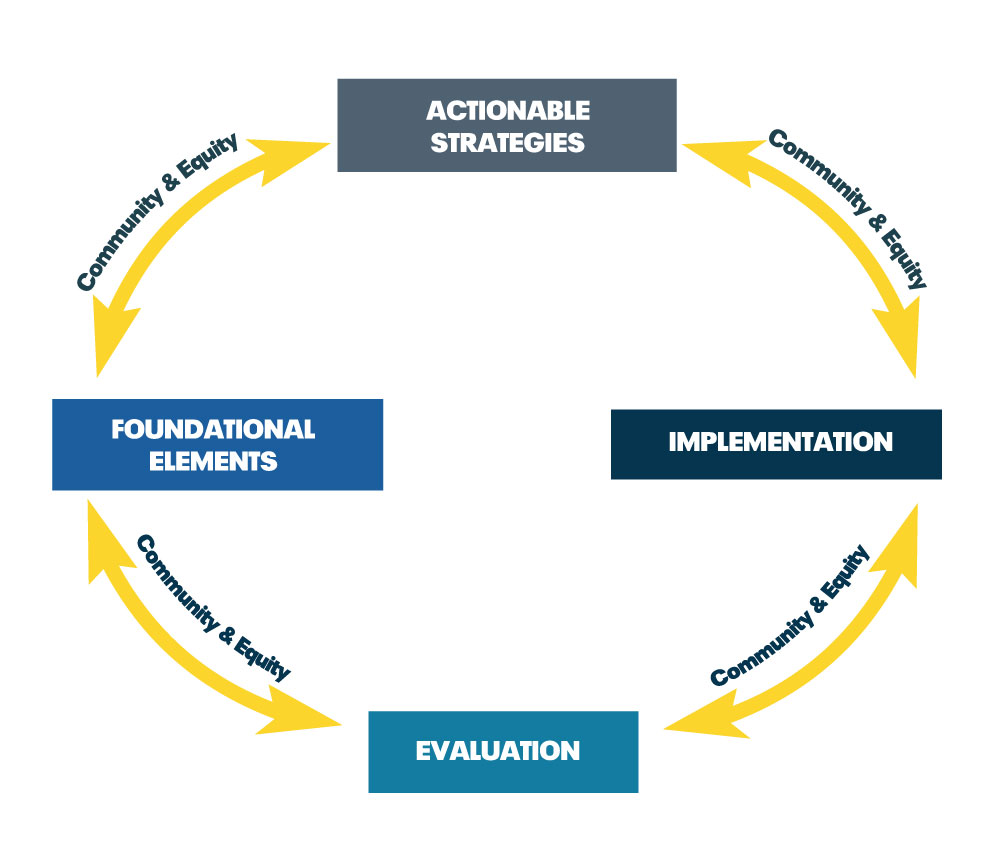 Community and equity considerations are integral to every phase of the Vision Zero Action Plan. (image: visionzeronetwork.org)

The Vision Zero Action Plan is the result of months of reviewing data and best practices within the context of Charlotte's rising pedestrian fatality rate (a record high 27 pedestrians killed in 2017). Most of that work has been done by CDOT staff and with input from community partners including CMPD, NCDOT, Housing and Neighborhood Services, healthcare providers, CMS, and many other City and County departments. If all of the plan's benchmarks set for 2020, 2025, and 2030 are reached, Charlotte's streets will undoubtedly become safer for all people who use them. That includes people who walk, bike, ride public transit, and drive motor vehicles.

You can view the plan at the bottom of the notes presented to the Transportation and Planning Committee on Monday.

An ambitious but achievable target

Last year Charlotte not only set a goal of pursuing Vision Zero as an objective in its adopted Transportation Action Plan but also passed a budget that included funding to create a new Vision Zero program. Writing the Vision Zero Action Plan was the first phase.

Now it's time for us as a community to ask: What would it take in terms of investment and political will to accelerate this timeline so that our rising pedestrian fatality rate will begin to reverse immediately? After all, the premise of Vision Zero is that there is no "acceptable" number of traffic fatalities and serious injuries. With increased funding, more than the 25 pedestrian crossings (2020 benchmark) could be built annually. What if we could jump to the 2030 goal of 50 pedestrian crossings built annually 10 years early and achieve that by 2020 instead?

Focus on lives, not damaged cars

Many of the benchmarks in the VZ Action Plan focus on the 10% of Charlotte's streets (mostly arterials) that make up the High Injury Network (HIN), which includes locations with a disproportionately high number of fatal and serious injury crashes compared to other locations. Although CDOT has historically tracked high injury locations, in the past most decisions about where to make spot improvements and how to rank potential transportation projects were made instead by analyzing the High Accident Locations (HALs, as seen on p. 35 of CDOT's 2016 Traffic Safety Annual Report). The shift from HAL to HIN represents a shift in how human life is valued as streets are designed and improved, and how traffic law is enforced. The shift essentially says: Let's prioritize improvement and enforcement efforts at locations where people are being seriously hurt and killed, not just where cars are crashing into each other (often without serious injuries to their occupants).

Some of the longer horizon benchmarks will need political will beyond support for funding. An important example is legislation to discourage speeding. If elected officials decided now to support exploring legislation on automated speed enforcement not only in school zones (2020 benchmark) but also citywide (2025 benchmark), it would become feasible to reach the 2030 benchmark of implementing speed cameras citywide well before 2030.