Bicycling in the Queen City and Beyond Podcast

Who likes to talk about cycling in Charlotte more than anyone you know? Ann Groninger and Jeff Viscount, that's who! 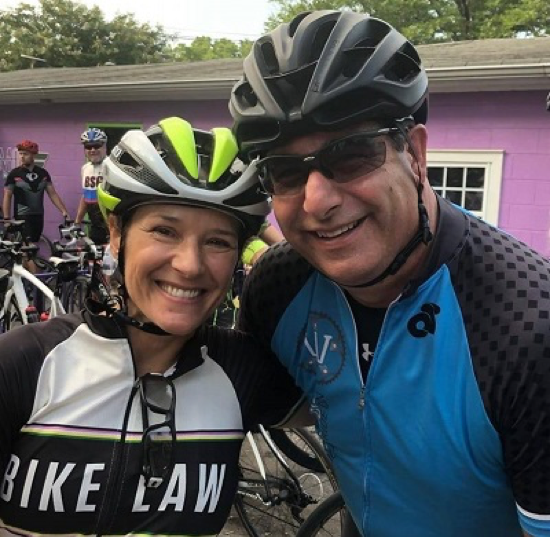 Ann and Jeff have done a series of podcasts together and often talk about how much more they would like to discuss with the community if given the opportunity. So when WFAE introduced Queen City PodQuest, and with a nudge or two from friends in the community, they said, "Why not?".

The application was submitted along with a sample podcast and then the waiting began. The exciting news came over the weekend. Their entry made the initial cut! Now, they just need to gather enough support aka "VOTES" during the public voting round to push them into the finals.

You Can Help! Public Voting is Now Open!

WFAE’s Queen City PodQuest received more than 370 podcast submissions. Only 5 will move on to receive one-on-one mentorship and compete for a cash prize and the opportunity to have a podcast series at WFAE. It’s up to the public’s votes!

Here's The Best Part... You can vote once per day until 11:59 p.m. ET on Sunday, Feb. 17, 2019. You will need a Facebook account to validate your vote. Vote early, vote often - daily in fact - in the @WFAE #QueenCityPodQuest to hear tales of cycling in the QC.