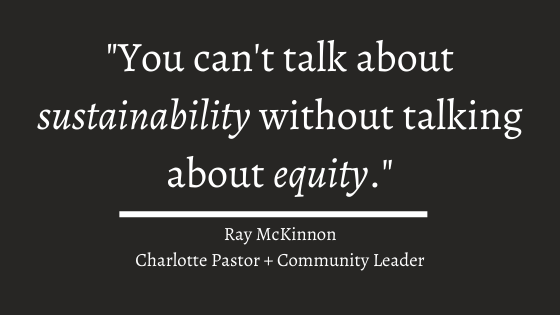 Over these past few days, citizens in Charlotte and in over 140 cities across our nation have taken to the streets to demand an end to the unjust, racist power structure that has existed in our country since its founding.  The harassment and injustice that people of color, especially our Black neighbors, experience at the hands of law enforcement in our streets and other public spaces is unacceptable and wrong. We stand in solidarity with the #BlackLivesMatter movement and grieve for the tragic deaths of George Floyd, Breonna Taylor, Ahmaud Arbery, and so many others.

At Sustain Charlotte, our mission has always been to work towards a healthy, vibrant, and equitable community by advocating for smart growth.  Equity is central to our mission because systemic racism is not only present in our justice system but also in our transportation and land use policies and practices at the local, state, and national levels.

Over many decades, countless transportation and land use decisions have exacerbated racial inequities in our cities. Redlining has prevented many Black residents from owning their own homes and living in certain neighborhoods. Turning over our public streets to those who can afford a car has limited access to jobs and essential services for those who can't. A lack of affordable housing policies has led to crippling financial burdens on low-income families -- families whose skin is predominately black or brown. And these are but only a few examples.  We will continue to work to end these forms of discrimination.

Another fundamental belief of Sustain Charlotte that underpins everything we do is this: Each of us holds the power to create change in our community.

For ten years, we have worked to make it easier for everyone to use their voice -- their power -- to change how we grow as a community.  Because we know that when we stand together and speak with one voice, we create change.  We’ve seen it happen time and time again.

We remain steadfast in our commitment to do all that we can to ensure a more just and equitable Charlotte. But it will require each of us to have this same commitment and willingness to speak out whenever we see injustice.

If you haven’t already used your own voice to speak out, whether that be in the streets, on social media, or at your dining room table, please do that today.  And this November, do your research and vote for the candidates who have a record of fighting for racial justice. As Barack Obama recently shared, “If we want our criminal justice system, and American society at large, to operate on a higher ethical code, then we have to model that code ourselves.”

Your voice matters, and using it is not only critical to our continued progress as a nation but also a sacred responsibility we have for one another. 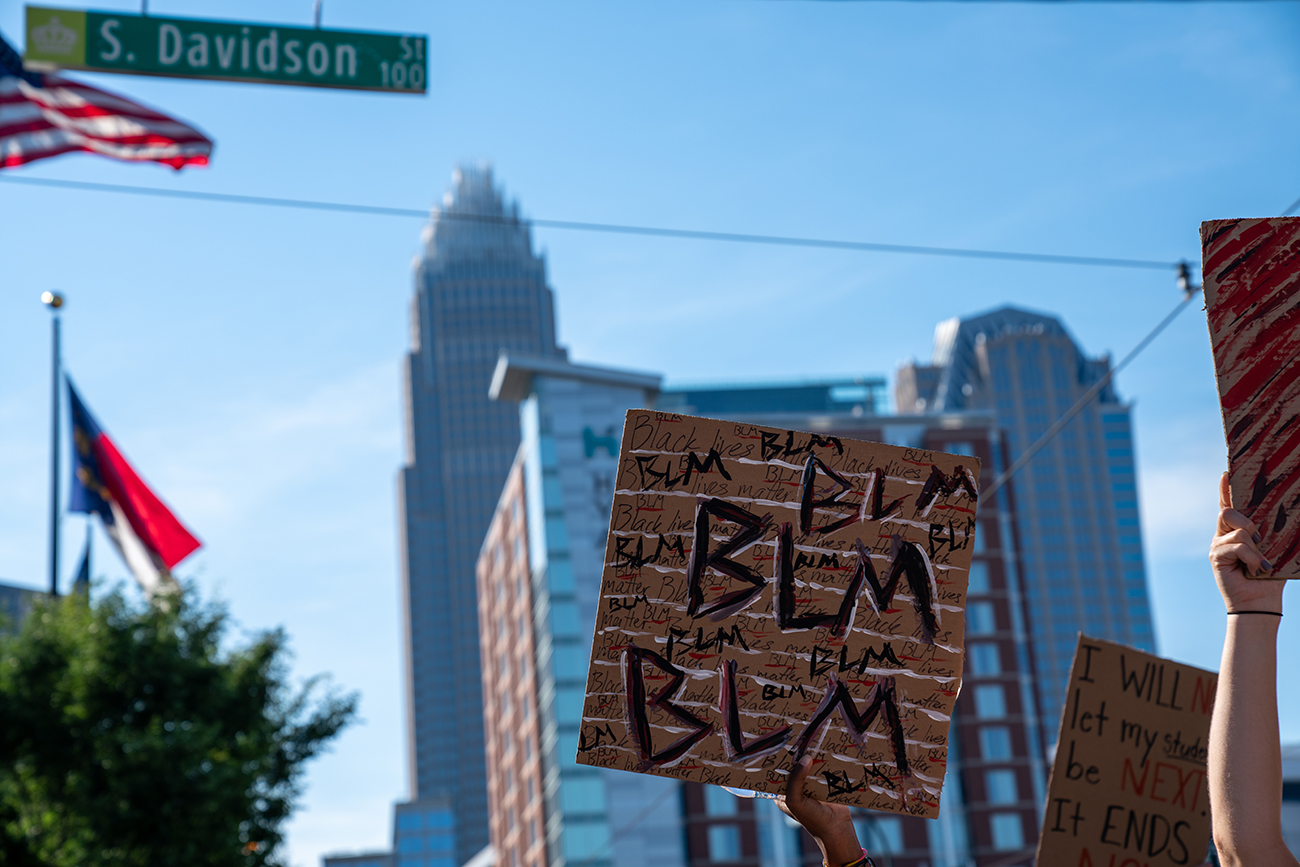