Last week, a group of 9th grade students made observations and collected data along Statesville Ave as Darryl Gaston from the North End Community Coalition (NECC) gave a guided tour of his neighborhood. Learn more about our walkability audit and how we'll use this data to make Charlotte's streets safer for all people! 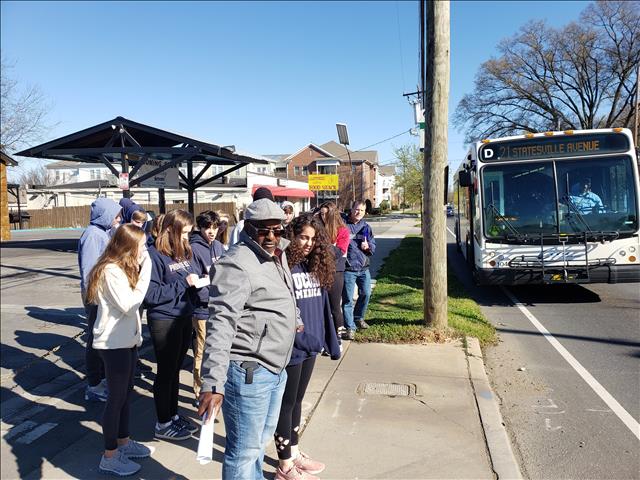 The audit was done as part of our partnership with NECC to assess conditions that currently make it difficult for people who live and/or work in Charlotte's North End neighborhoods to get around safely without a car. This vibrant area is close to Uptown and facing gentrification due to rapidly rising land values. As community leaders have banded together to find ways to avoid displacement of residents, they've also united around the issue of improving connectivity and street safety.

These 9th graders from Providence Day School were awesome data collectors as they worked in pairs to carefully analyze and observe! The project was part of the school's citywide Impact Day. The students made observations about the condition of sidewalks and crosswalks, distances between safe crossing locations, conditions at bus stops, driver and pedestrian behavior, and more. Students also left the experience with a better appreciation of the community's history and how racial equity is related to transportation needs.

This is a community where many people walk, ride bicycles, and ride public transit. Yet there are very few safe places to cross Statesville Ave, a busy arterial street through an increasingly residential area. Sustain Charlotte is partnering with NECC to advocate for better street infrastructure as well as off-street bike and pedestrian paths. The City is also working to improve safety and has announced plans to install a signalized intersection next to the new Double Oaks pool. 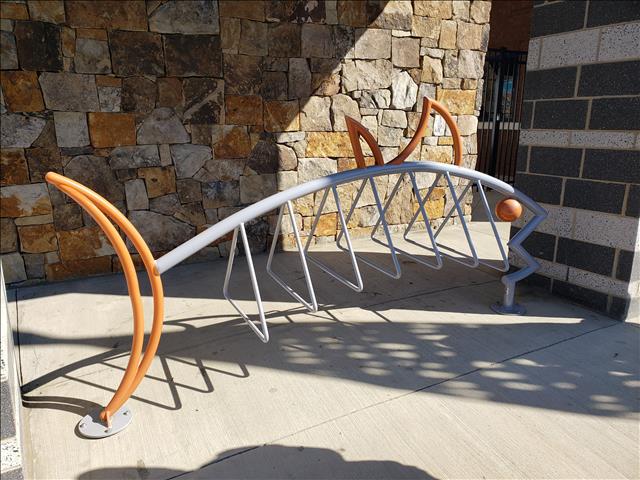 Hmm...there's something fishy about this bike rack at the new Double Oaks Pool!

We discussed the importance of the "first and last mile", a term referring to the distance that transit riders have to travel on foot or by bicycle to reach their final destination after they get off at their stop (and to return to that stop). Infrastructure like the bike rack shown above makes it easier for people who don't have a car to get around by combining a bus trip with a bike trip. Or, for people who do have a car to choose walking or bicycling instead of driving for short trips within the neighborhood.

As we did during our Walk2Transit project, we'll summarize the data and share it with the Charlotte Area Transit System (CATS) and the Charlotte Department of Transportation (CDOT) so they'll have more information on which to base decisions about where to make improvements. 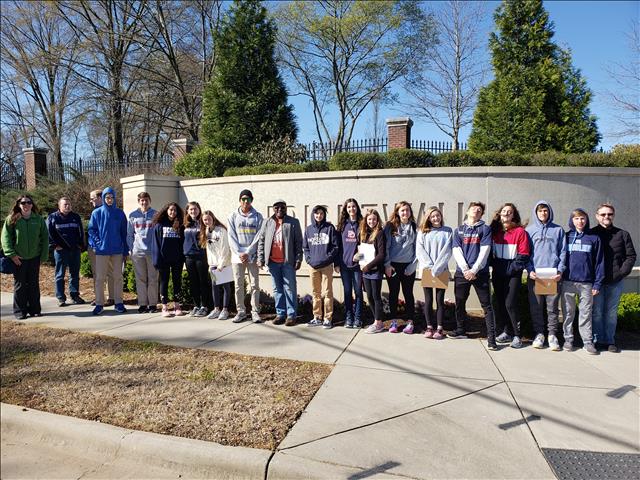 HUGE THANKS to Darryl Gaston from the North End Community Coalition and the Providence Day School students for completing a successful tour and walkability audit!

Sustain Charlotte's partnership with the North End Community Coalition to improve conditions for active transportation is funded by Aetna Foundation.