Yes, air quality DID improve when we drove less!

Even before NC Governor Cooper issued a formal stay at home order on March 27, many people in Charlotte and across the state had shifted to working from home. But did less driving actually translate into measurably cleaner air in only a few weeks?

At the August 11 Environmental Stewardship Committee meeting of the Mecklenburg Board of County Commissioners (BOCC), the County's Air Quality Director, Leslie Rhodes, shared data that shows this is just what happened. 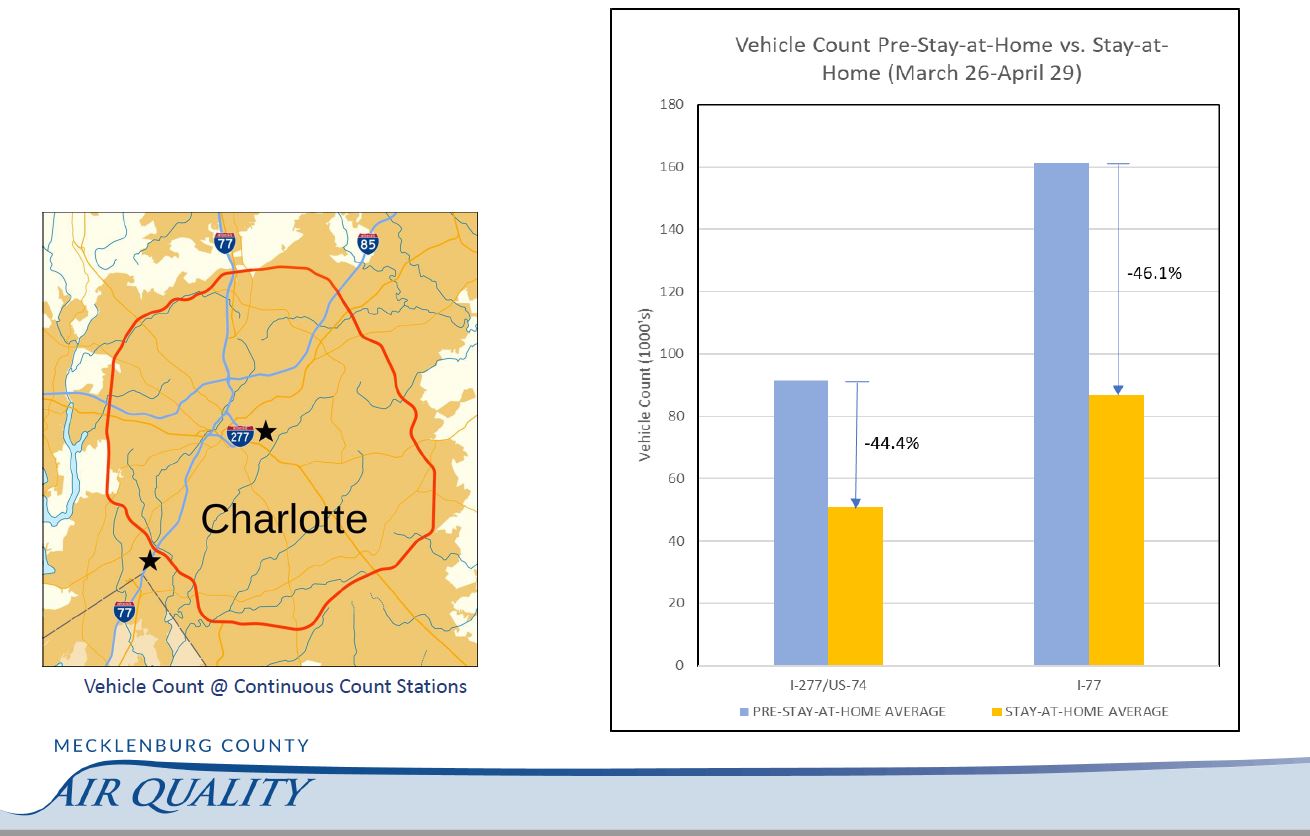 Here are graphs showing measurable declines in mean hourly concentrations of two key air pollutants at several County monitoring sites for the period of March 26 - April 29 across 5 years, from 2016 to 2020. The first set of graphs is for nitrogen dioxide: 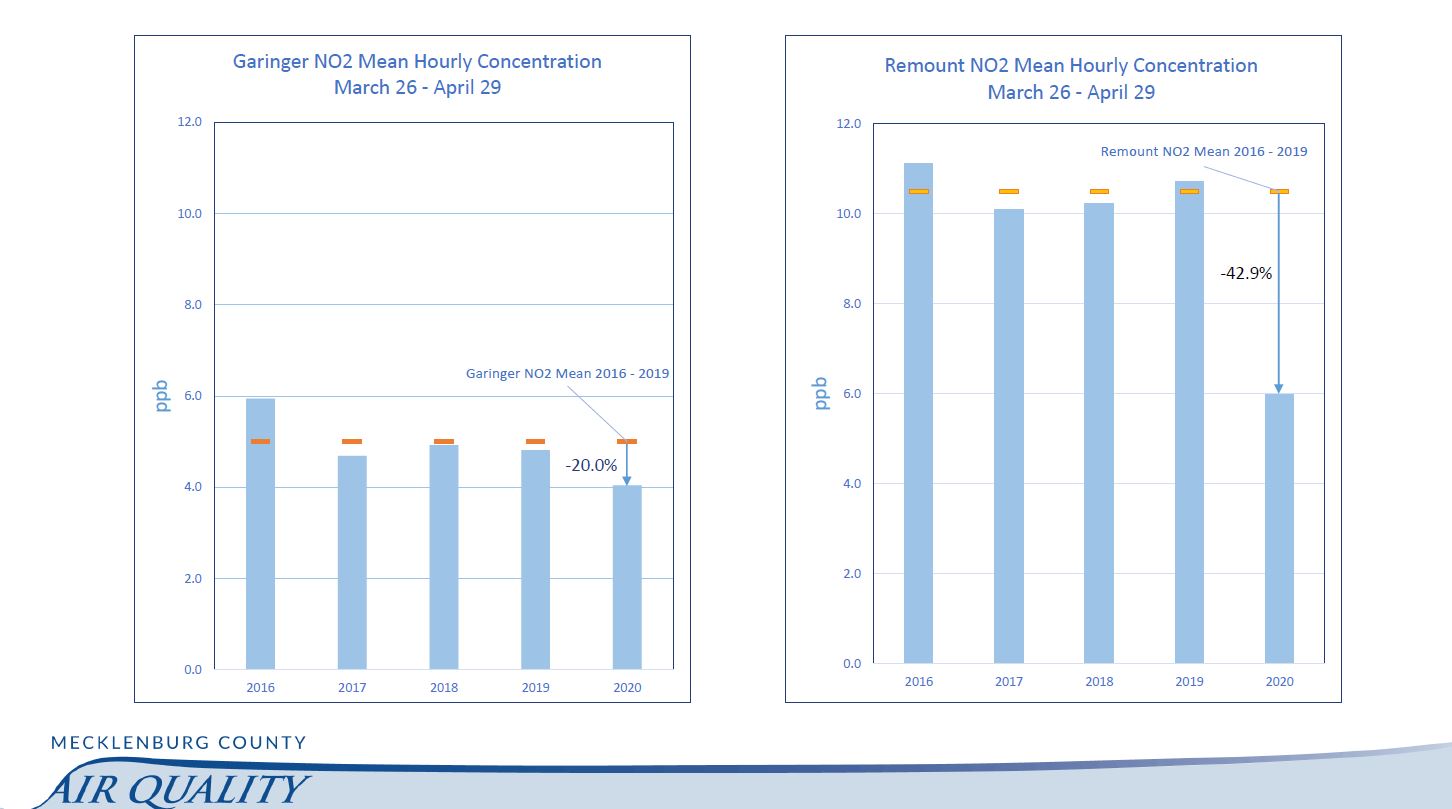 NO2 is nitrogen dioxide, an air pollutant that primarily gets into the air from the burning of fuel. As shown in the graphs above, NO2 mean hourly concentrations at the Garinger and Remount sites were lower by 20.0% and 42.9% than the overall means at these sites (averaged over 2016 - 2019), respectively. 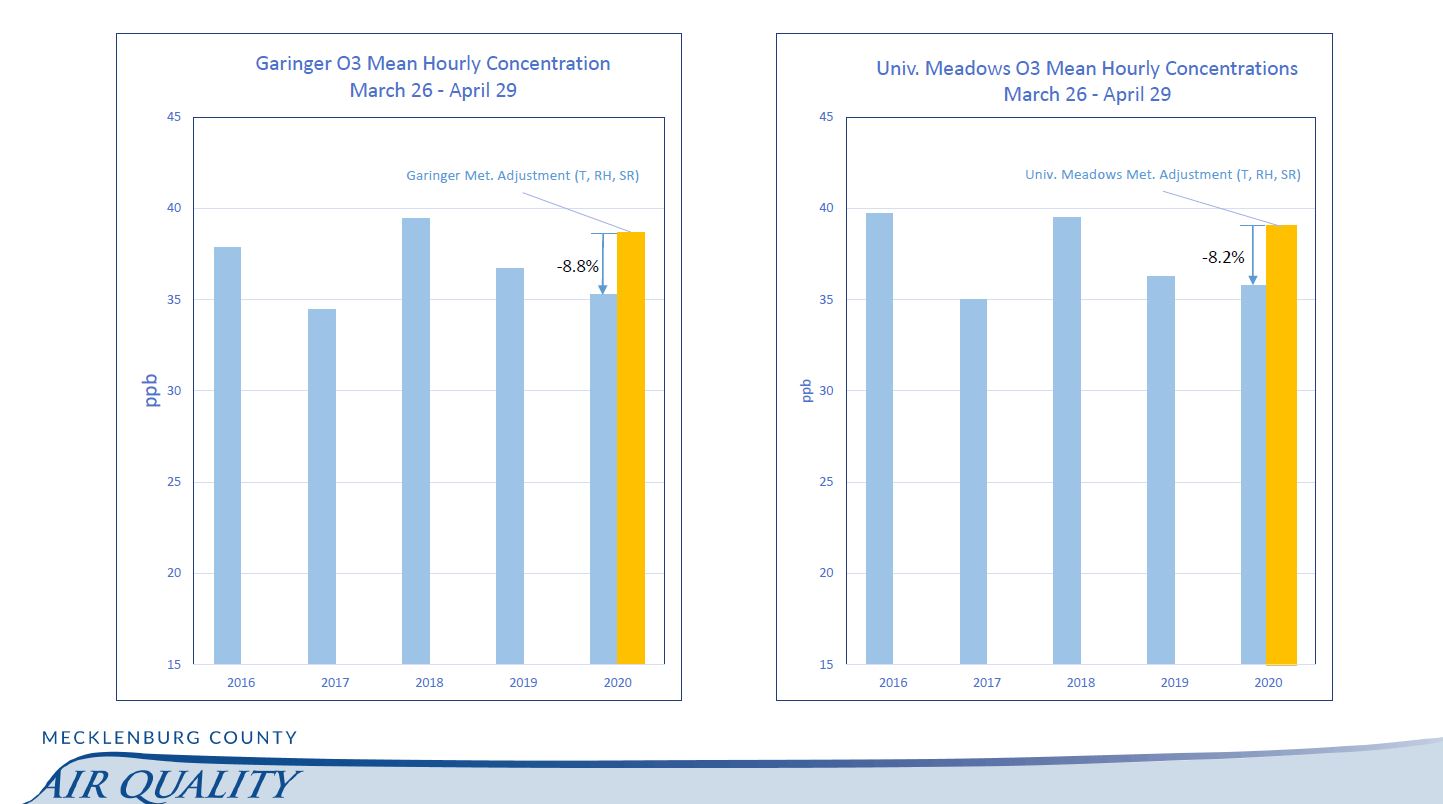 O3 is ground-level ozone, an air pollutant that forms from the above-mentioned nitrogen oxides (NOx) and other chemicals called volatile organic compounds (VOCs) in the presence of sunlight. Mecklenburg County only narrowly meets the health-based standard for ground-level ozone and is working to create more "breathing room" between the standard and local air quality.

While not as pronounced as the drop in NO2, there was still an impressive decline in mean hourly concentrations of ground-level ozone between March 26 and April 29 at the Garinger and University Meadows sites, which were lower than the expected model for 2020 by 8.8% and 8.2%, respectively.

This is really good news! It means that when our transportation behaviors change, the quality of the air we breathe also changes quickly. While it's very unfortunate that it took a pandemic to test this hypothesis, the findings are important because we now know that tangible improvements to air quality actually do follow from a reduction in driving.

Here are the key points that were shared at the end of the presentation: 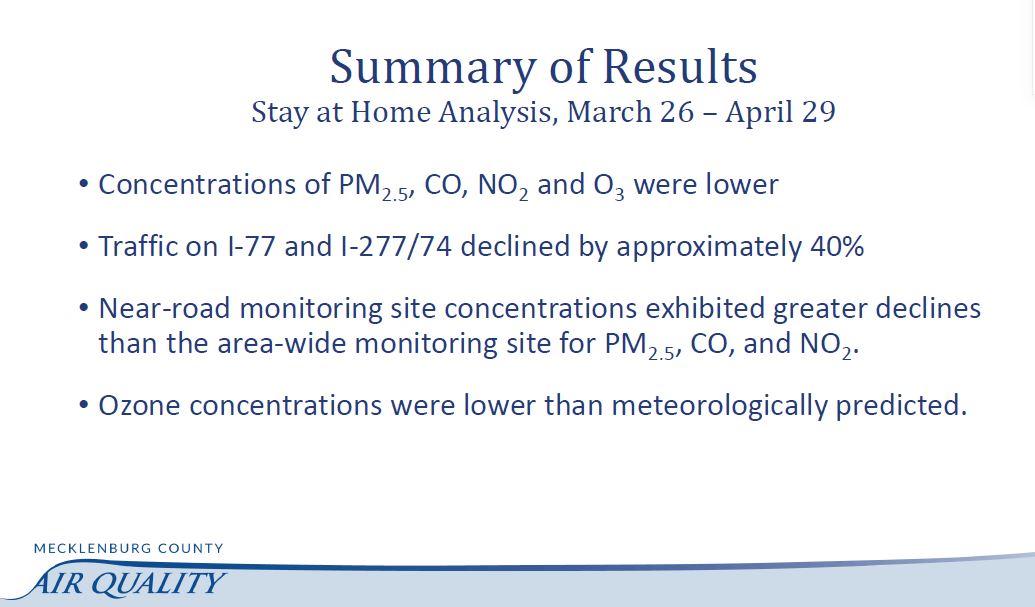 Let's not overlook equity. We're very excited about the trend of more people working from home because the most sustainable commute is the one that you don't have to take. But not all jobs can be done from the comfort and safety of home. Essential workers and those whose jobs require them to work on-site still need access to safe and convenient transportation choices. A disproportionately high percentage of Black and Hispanic workers have jobs that don't allow them to telecommute. There's still a digital divide that keeps people without broadband internet from being able to work from home or attend school remotely. 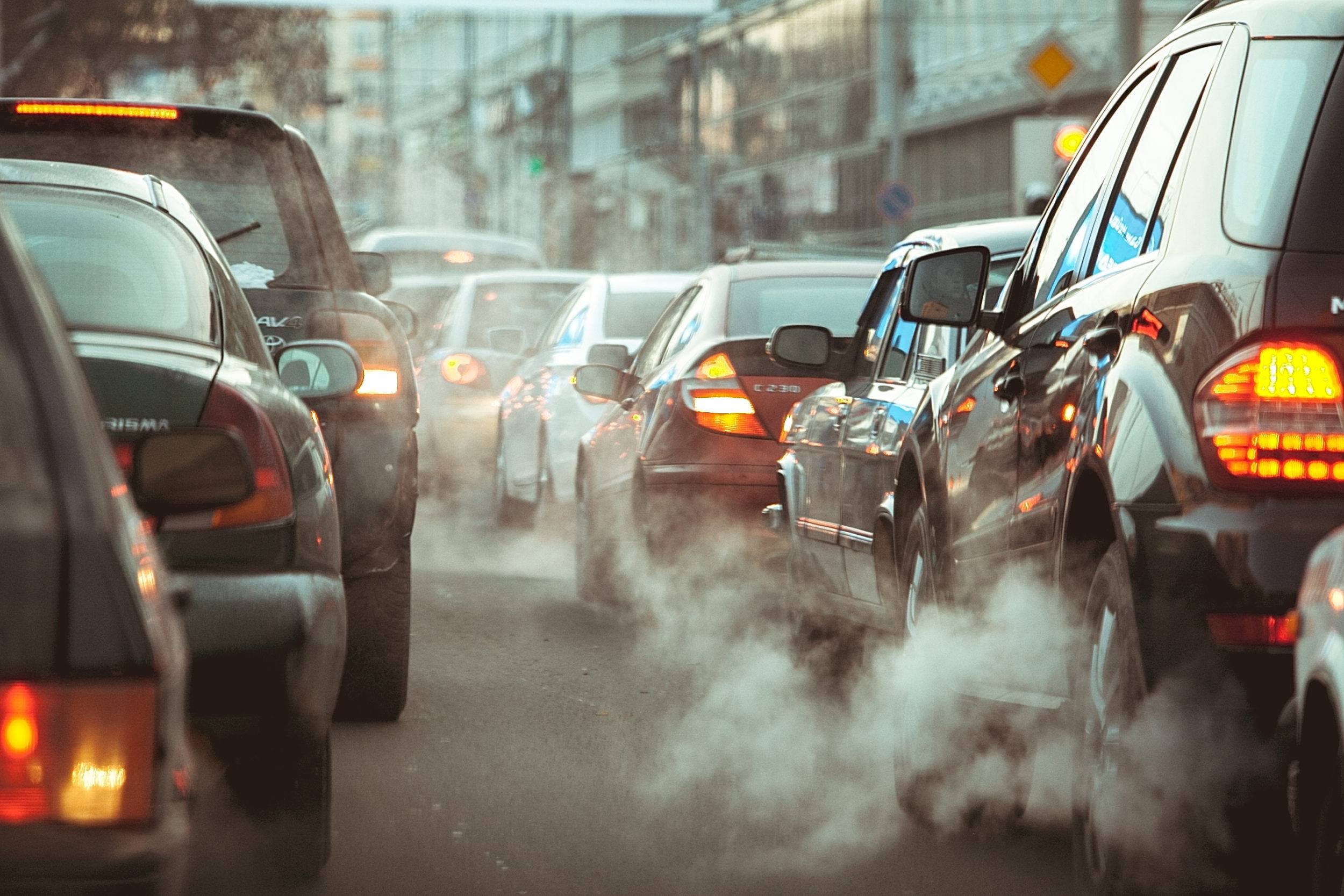 Vehicle tailpipe emissions are the main source of air pollutants in Mecklenburg County.

As levels of driving continue to rise again towards pre-pandemic levels, let's not forget these key findings. This data shows us that if the people and government of the Charlotte-Mecklenburg area prioritize sustainable transportation choices, we can all win by breathing cleaner air.

We'll continue to advocate for all people to have the ability to choose walking, bicycling, or riding public transit. It's important now and as our population grows by about 350,000 more people by 2040!

Environmental Stewardship Committee meetings of the Mecklenburg BOCC are currently being held virtually on the 2nd Tuesday of the month from 12:30 to 2:30pm. To receive call-in info to attend virtually, contact Mr. Timmothy Tibbs: Timmothy.Tibbs@mecklenburgcountync.gov