Residents from the West Boulevard Corridor neighborhoods steadily streamed into the very well-attended Kickoff Meeting on Tuesday evening to learn about the upcoming corridor study of the street that runs through the heart of their community. Staff from the Charlotte Department of Transportation (CDOT) guided meeting participants through a series of stations. The public was invited to share information about where people currently cross the street, where they want to be able to cross the street, and other mobility needs. 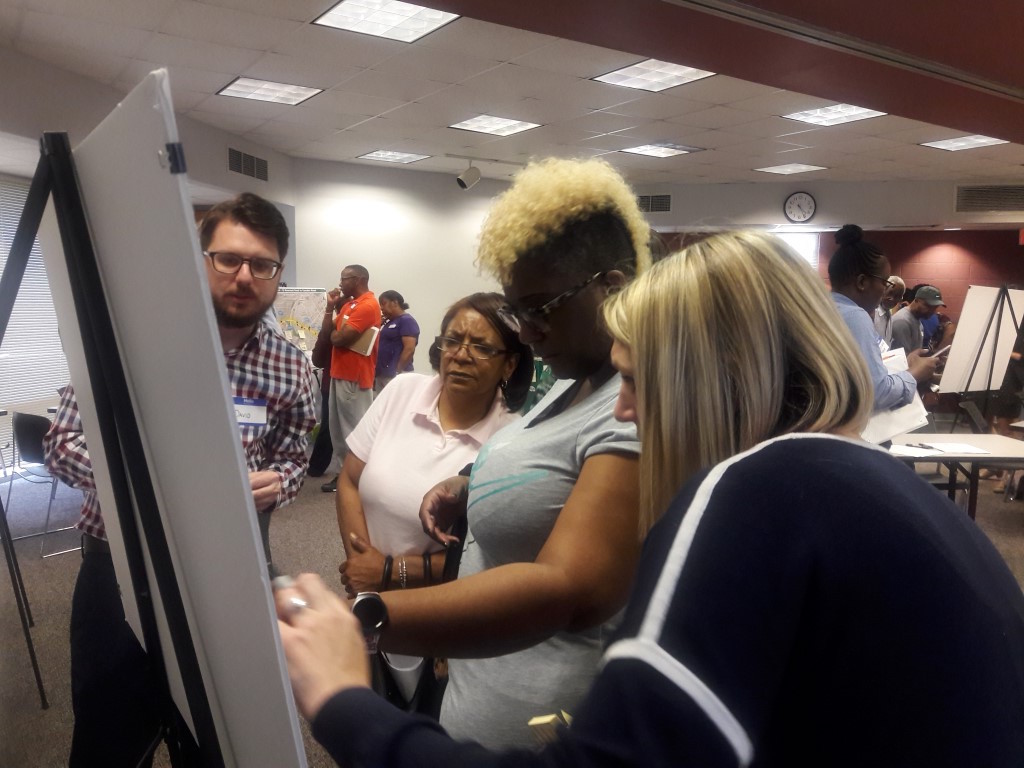 What will be different about this corridor study?

In the past, corridor studies throughout Charlotte typically began with a public kickoff meeting and walking audits as opportunities for resident input. Then several months later, CDOT staff returned to the neighborhood to share findings and recommendations.

But now we're excited about a new, more interactive approach to involve West Boulevard residents throughout the entire corridor study process. For the first time, CDOT will engage residents directly by inviting them to participate in an advisory committee. 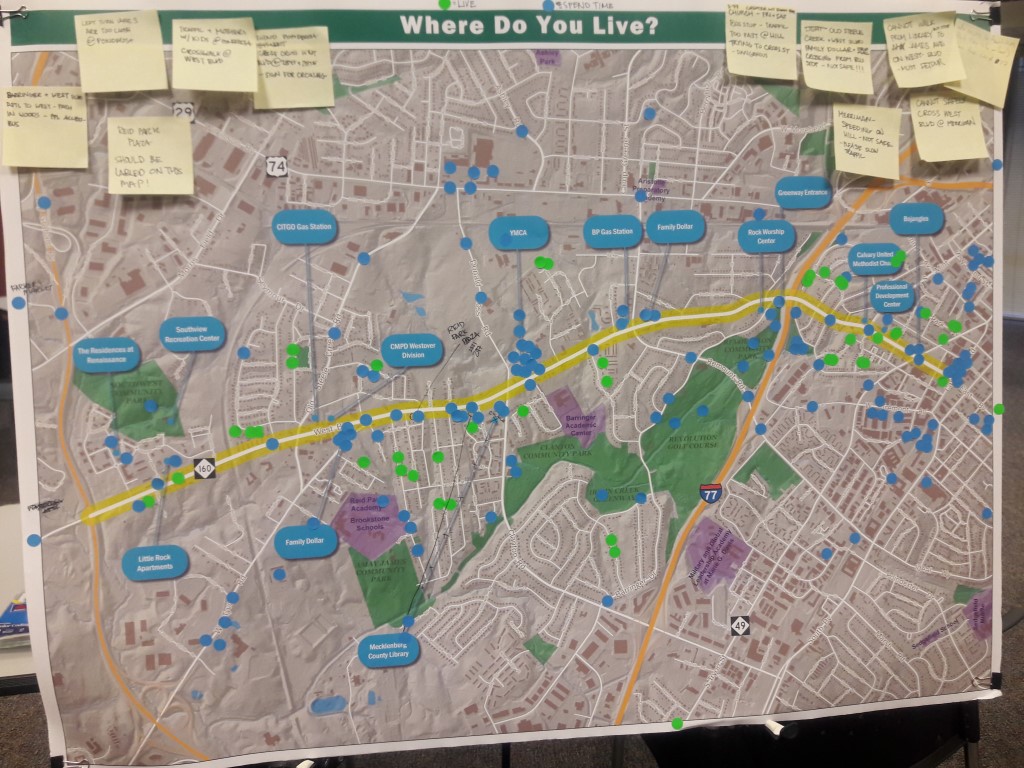 Meeting participants placed dots on the map to mark where they live or travel.

Since summer of 2016, Sustain Charlotte and a group of West Boulevard resident advocates called the Equitable Transportation Team have met monthly to clarify the community's vision for West Boulevard, a thoroughfare that has been plagued with all too frequent pedestrian and cyclist collisions with cars.

Residents believe in the importance of being at the table with decision-makers from the beginning of the corridor study. Together, we've reached out and connected with CDOT, Charlotte Regional Transportation Planning Organization (CRTPO), Charlotte Area Transit System (CATS), Charlotte Douglas Airport, and City Council. The response has been tremendous from these organizations!

CDOT staff stepped up to the plate by joining us at meetings, taking a walking tour of the neighborhood with residents to identify problem areas, and taking on the residents' suggestion of involving the community members in the planning process through an advisory committee. 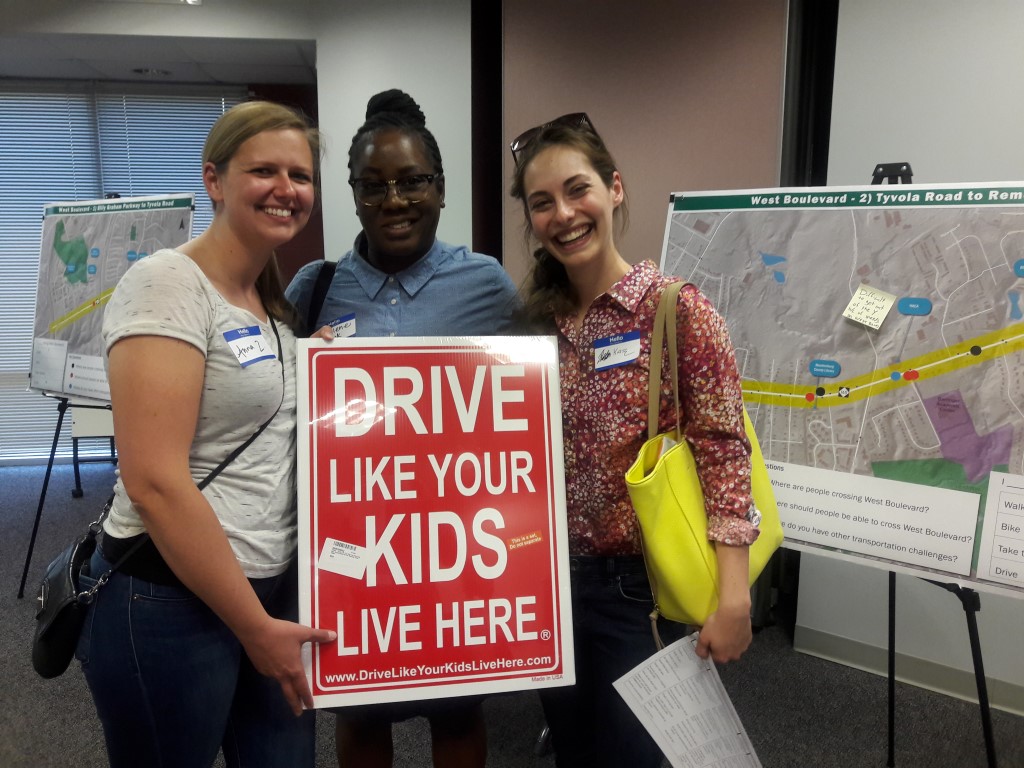 As recent events in other cities have shown, it's not enough to hold a few public meetings and assume that the public has been fully engaged. We're thrilled both by how the West Boulevard residents have proactively engaged with the planning process and by how CDOT staff have demonstrated their commitment to a much more interactive and collaborative engagement with residents than in the past.

It remains to be seen what specific recommendations will be made by CDOT as outcomes of the corridor study. To fully address the residents' quality of life concerns, the study needs to produce recommendations to protect not only the safety of people crossing West Boulevard, but also improve conditions faced by people who are walking, bicycling, and riding transit along its length.

Sustain Charlotte's partnership with the West Boulevard community to work for safer streets is supported by Wells Fargo.