Do you remember the petition we launched calling for a protected bike lane connecting the greenways through Uptown?  The one that more than 4,000 of you signed?

Well, your voices have made a difference!  On February 23, the 7th Street Public Market was the place to be to learn more about the future of Charlotte’s cycling infrastructure as Center City Partners and CDOT hosted the second public Uptown Connects workshop.  Cyclists of all ages and abilities, Uptown business owners, and interested community members alike came to get a glimpse at CDOT’s plans for an Uptown pilot protected bike lane. 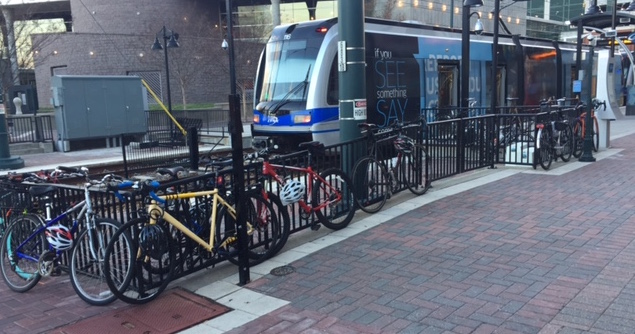 City project managers gave attendees a bird's eye tour of the project as they guided more than a hundred and fifty people along ten foot aerial maps of the proposed route along 5th and 6th Streets connecting Irwin Creek and Little Sugar Creek Greenways. Participants were encouraged to share their feedback by placing notes, comments and suggestions on the maps. 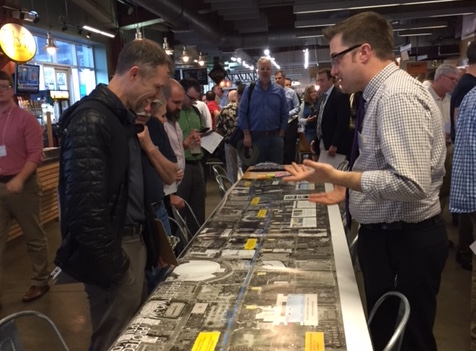 According to the new draft of the Charlotte Bikes plan, the city has added over 90 miles of unprotected bicycle lanes, 55 miles of signed routes and 40 miles of greenways and street paths since 2001.  We have clearly made progress, but more work needs to be done to connect facilities, accommodate new riders and get more Charlotteans feeling comfortable enough on bikes to use them for transportation as well as recreation.

We see this Uptown protected bike lane as the first step in making those goals a reality.  And we are more than excited to see our request for a protected bike lanes moving forward.  It’s an important reminder of the collective power we have, when we speak with one voice for what we want.  Center City Partners is leading outreach efforts to Uptown businesses and residents, and we will continue to work closely with them and CDOT to bring this vital connection to reality as soon as possible!

See the news coverage of this workshop here!