City Council Committees (also known as Focus Areas) are newly seated and back in session!

On Monday, February 19th, the Transportation and Planning Committee held its first meeting of 2018. Council members Dimple Ajmera, Larken Egleston, and Braxton Winston now serve on the committee with Greg Phipps acting as Chair and Julie Eiselt as Vice Chair. Before staff presentations, Mr. Phipps expressed the goal of the committee members taking action on items brought before them within 90 days.

Can a house be too small?

After introductions, an update on “tiny houses” planned for the proposed Keyo Park West development steered the agenda. This is the first proposal for a Charlotte tiny house community. 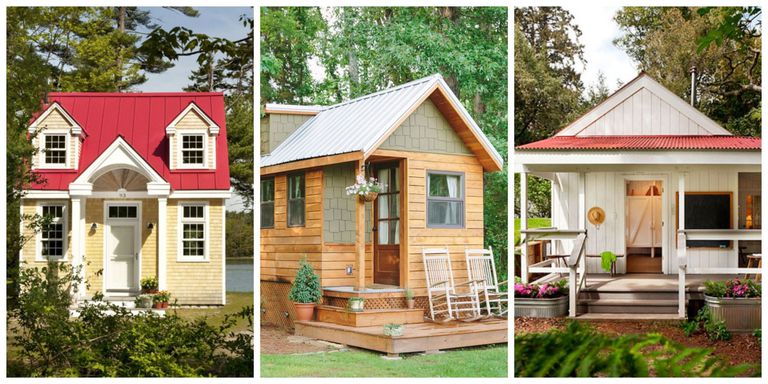 1) The City could enact a minimum size dwelling ordinance

Currently, dwelling size is not regulated by any Charlotte ordinance. There is currently no minimum or maximum square footage requirement for homes built on a permanent foundation, as the proposed tiny homes would be. Placing a minimum size on dwellings in the city code might curtail the diversity and affordability of housing options.  Staff does not recommend this option.

2) The City could update the tree ordinance.

The Tree Ordinance encourages smaller lots with increased tree canopy. Changing this policy would affect neighborhoods outside of Keyo Park West. Again, staff does not recommend updating this policy because it could lead to a decrease in the overall tree canopy size across Charlotte.

Staff recommends the adoption of a neighborhood character zoning overlay tool.  This practice has been successfully enacted in peer cities like Raleigh, Chapel Hill, and Greensboro. Through a petition and public process, neighborhoods would be allowed to define their own zoning standards to ensure that new development is consistent with established community character. Neighborhoods would be able to comment on non-architectural elements like building front setback, building height, lot size, lot frontage, and parking area. 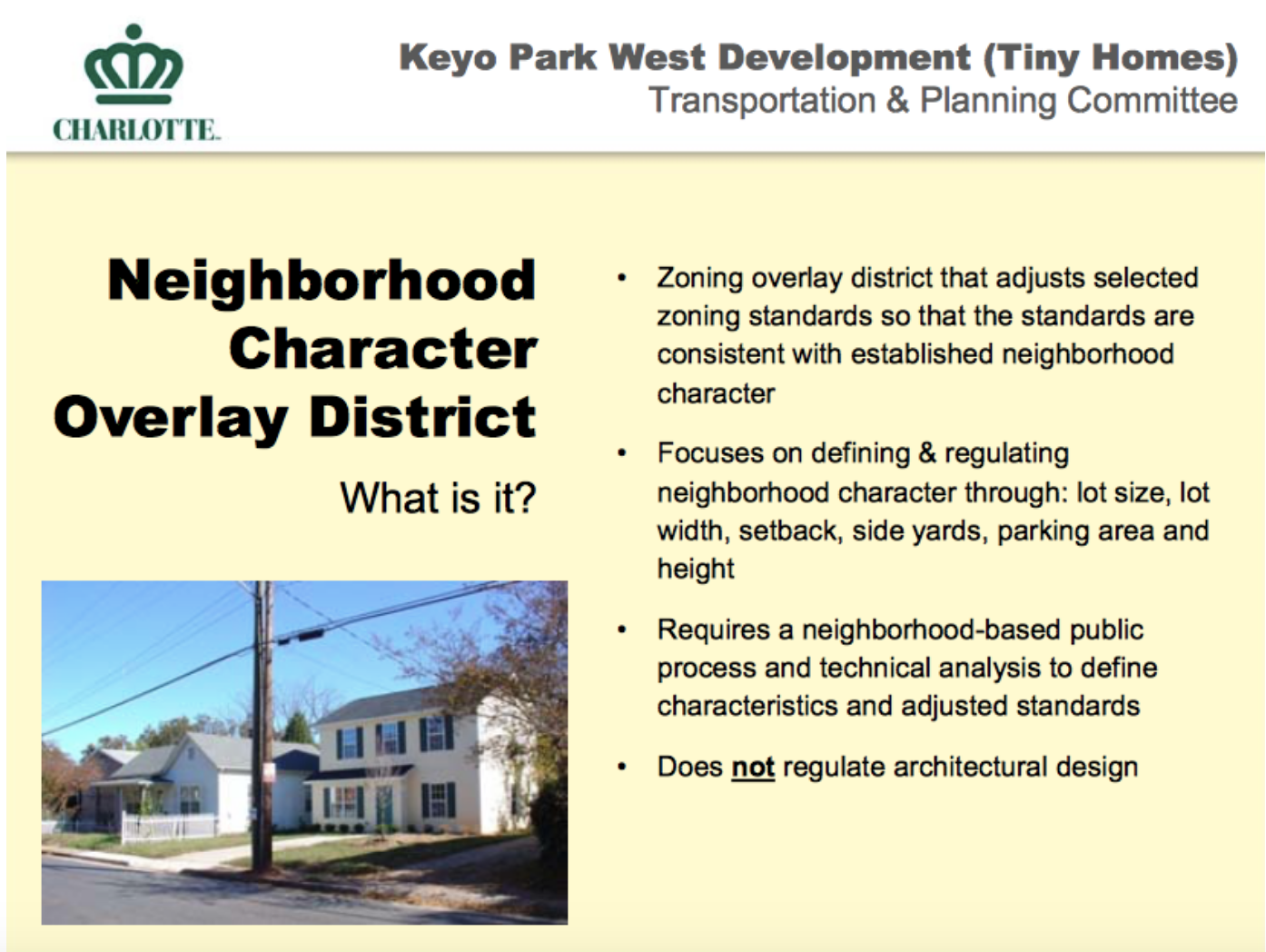 Council member Tariq Bokhari, District 6, also attended the meeting (although he is not on the committee). He commented that instituting a neighborhood character zoning overlay could potentially be used as an exclusionary tool. Committee Chair Gregg Phipps echoed this concern.

Staff will answer committee questions about the Neighborhood Character Overlay District tool at the next Transportation and Planning Committee meeting on Monday, March 26th from 10:30am to 12pm.

Assistant City Manager Danny Pleasant then reminded the new committee of previous topics that were held over from 2017, including the South End Vision Plan, Unified Development Ordinance, Charlotte WALKS sidewalk amendments, and corridor improvements.  To see a full explanation of timelines associated with all of these projects, follow this link to the meeting notes.