The Cross Charlotte Trail - What you need to know

The Cross Charlotte Trail has been in the news a lot lately.  Like a LOT. Here are the three things that you need to know about the project and what it means to Charlotte. 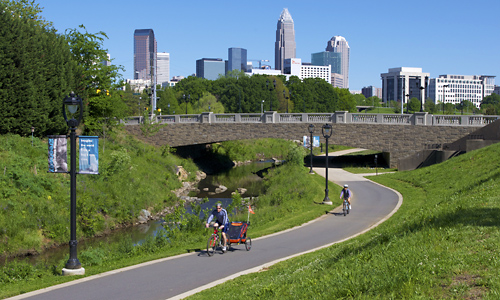 What is the Cross Charlotte Trail? 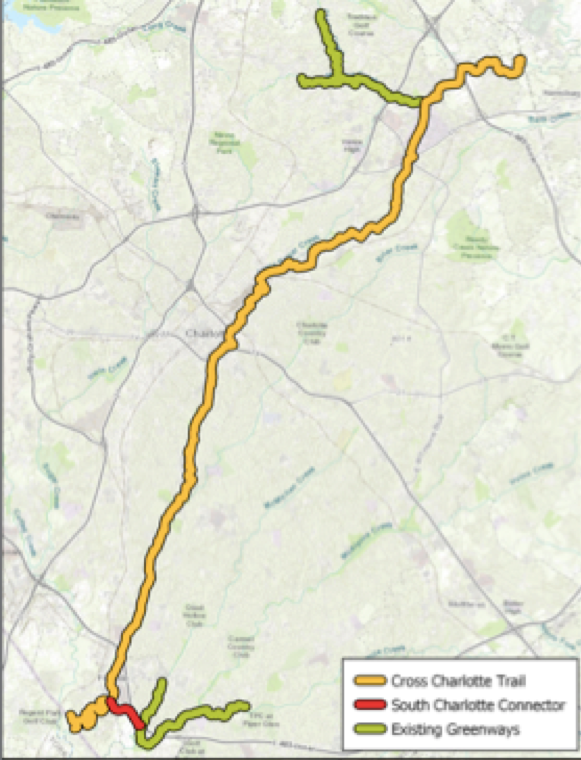 The City of Charlotte is not breaking ground and laying down the full 26 miles of new paved trail.  Instead, they will fill existing gaps in Mecklenburg County’s built system along Little Sugar Creek, Mallard Creek, and Tobey Creek Greenways. Together, these connections will give pedestrians, cyclists, and scooter users a reliable north/south corridor for transportation and recreation.

Funding has been awarded to the XCLT Trail by voters through three separate bond cycles (2014, 2016, and 2018) to a tune of $38 million dollars.  Of that sum, $1.2 million built the Cordelia Park segment of the XCLT Trail on North Davidson Street which opened in 2017.

Three more sections of the XCLT Trail have been fully designed and can be funded with the remaining $36.8 million to create 18 miles of continuous trail.  City Council just needs to award the construction contracts. 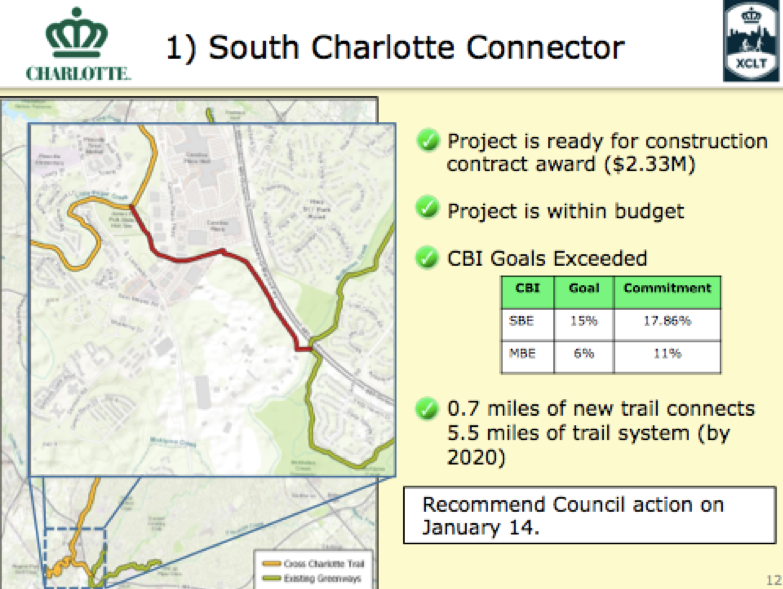 Click here to see the full presentation as seen by City Council.

The Brandywine to Tyvola portion will be the hardest segment from an engineering standpoint.  The City will need to build retaining walls and bridges to close this critical gap. 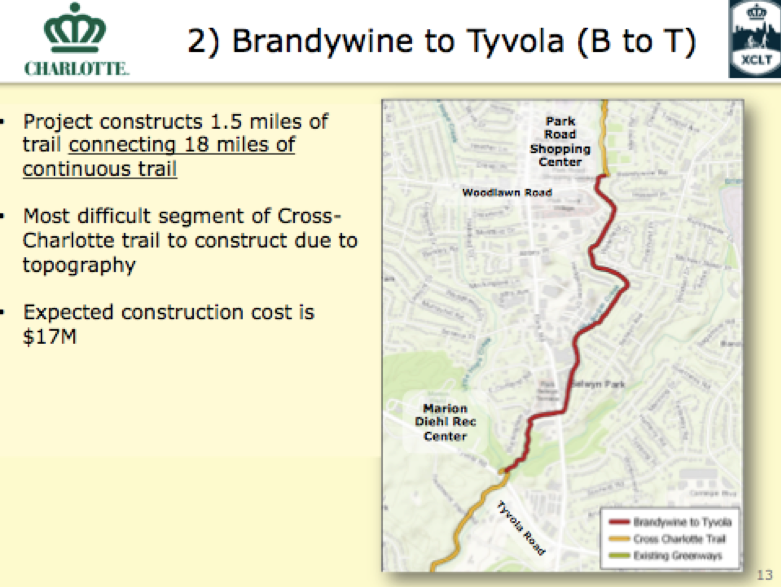 Commuters entering Uptown from the south are more than familiar with the gap between 7th and 10th Streets. 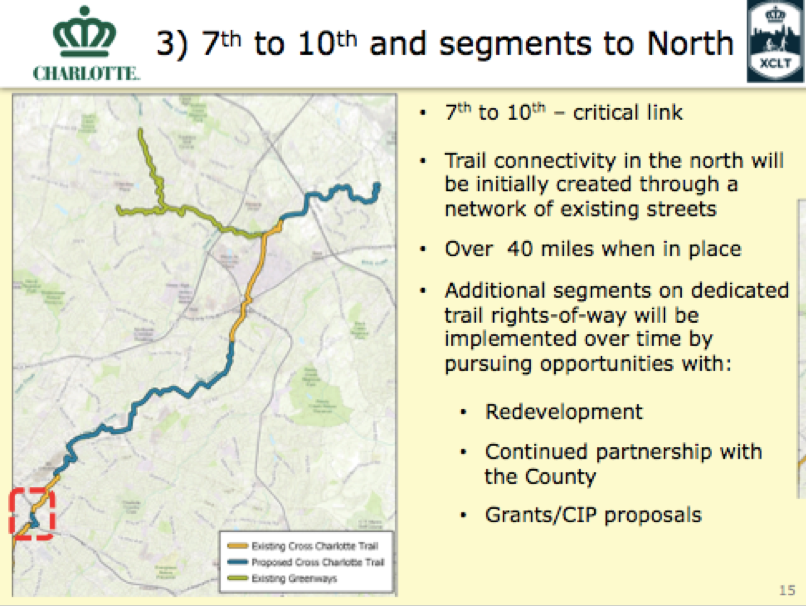 What happened at City Council that caused an uproar?

It’s not a secret that the XCLT Trail will take more than the $38 million to build.  Since 2016, private partnerships have been slated to make the northern alignment from NoDA to UNCC possible.  This information has been public to both voters and City Council for the past three years. The Cross Charlotte Trail Master Plan, which was published in 2016, clearly states on page 149:

“It is anticipated that resources in addition to the bond proceeds will be required to construct and maintain the trail.” 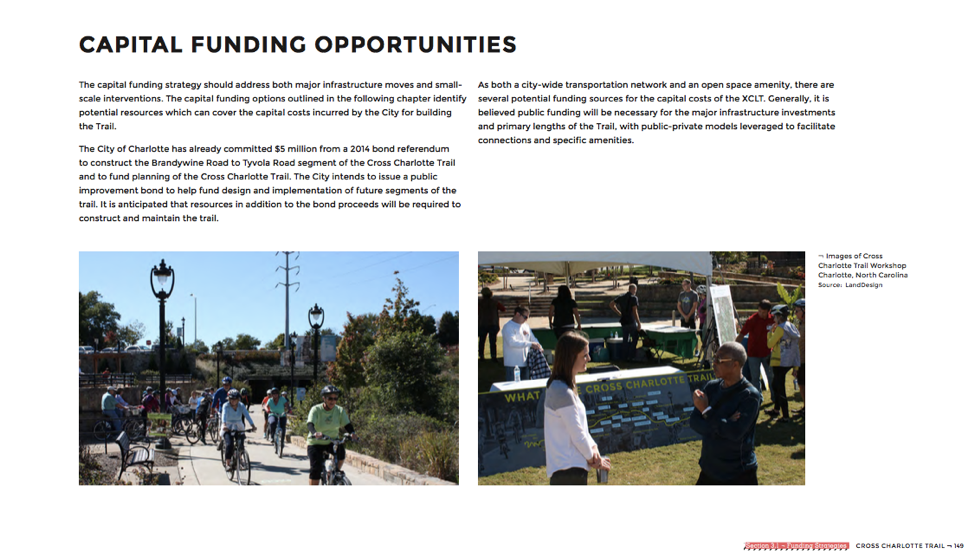 City of Charlotte Engineer Mike Davis and Charlotte Department of Transportation Director Liz Babson gave City Council an XCLT Trail overview presentation on January 7th with the goal of advancing the first construction bid for the South Charlotte Connector.  When asked about how much it will cost to fund the northern segment of the trail, Davis responded that it would take an additional $77 million on top of $38 million in voter-approved bonds.

Naturally, Council had questions.  You can watch the video recording from that meeting here.

When a contract expires, the City has to rebid the project. On average, it costs the City thousands to issue a construction bid.  Not to mention, any added construction costs will increase an already strained budget and timeline.

The number of $77 million seems daunting, but the intent was never for the City to fund all of this project alone.  Private-public partnerships and new developments are not factored into the $77 million.  Private landowners adjacent to the XCLT Trail alignment have already offered to front construction costs for a substantial part of the project.

Let's also keep in mind that City Council regularly approves investments that cost more than the $77 million.  For example, they unanimously approved $110 million to remodel the Convention Center in the fall of 2018.  Read the Charlotte Observer’s article about it here.  A single building that primarily serves visitors will cost more than the 13 miles of unfunded trail north of Uptown. The XCLT Traill will put 140,000 residents within 1/2 a mile of the trail which will connect them to 130,000 jobs. 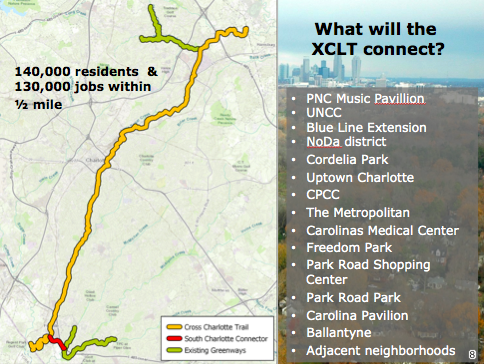 Stay tuned and be sure to subscribe to our email list if you aren't already.  We will let you know when we need you to contact your elected leaders regarding funding for this project.  CDOT will be giving an update to Council on Monday, 2/4!  We will keep you updated with the latest news and developments.