Against the stunning backdrop of the LaCa Projects Gallery in Uptown, Sustain Charlotte welcomed over 300 guests to celebrate the achievements of dozens of sustainability leaders based in the Charlotte region. 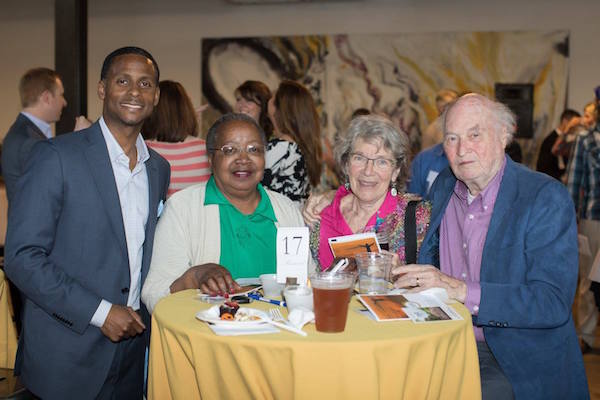 In July, we told you about the work that our Sustain Charlotte Community Corps volunteers have done to help the Grier Heights neighborhood open its first computer lab. Read more about the effort here. This incredible partnership between our volunteers, the Grier Heights Community Improvement Organization, Crossroads Corporation, and Skanska led to a community celebration on Labor Day as we helped the neighborhood cut the ribbon on the new lab! 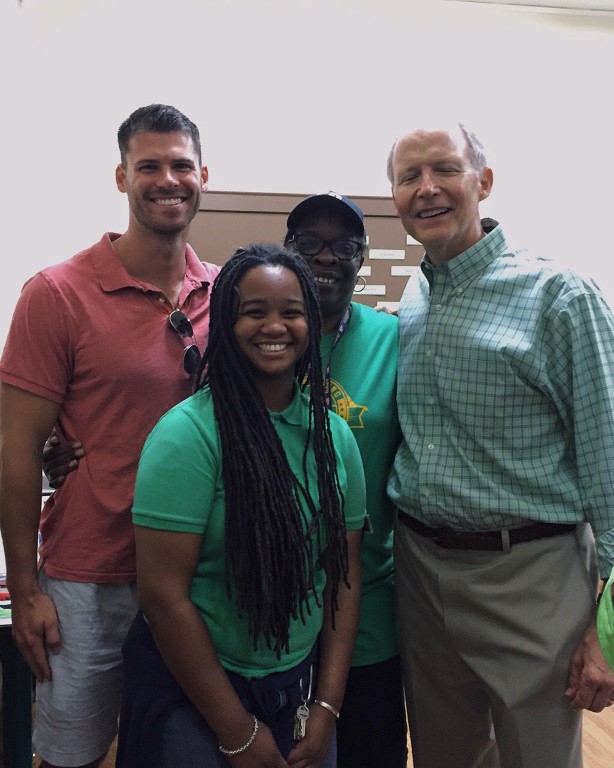 Envisioning, installing, and opening the computer lab was truly a partnership!

There's no better way to start a sustainability lesson than to be informed by a six year-old that: "We already know how to recycle here!" If every Charlotte resident was as committed to recycling as the summer campers at the Southside YWCA Youth Development program, our county landfills would be a lot less full than they are. 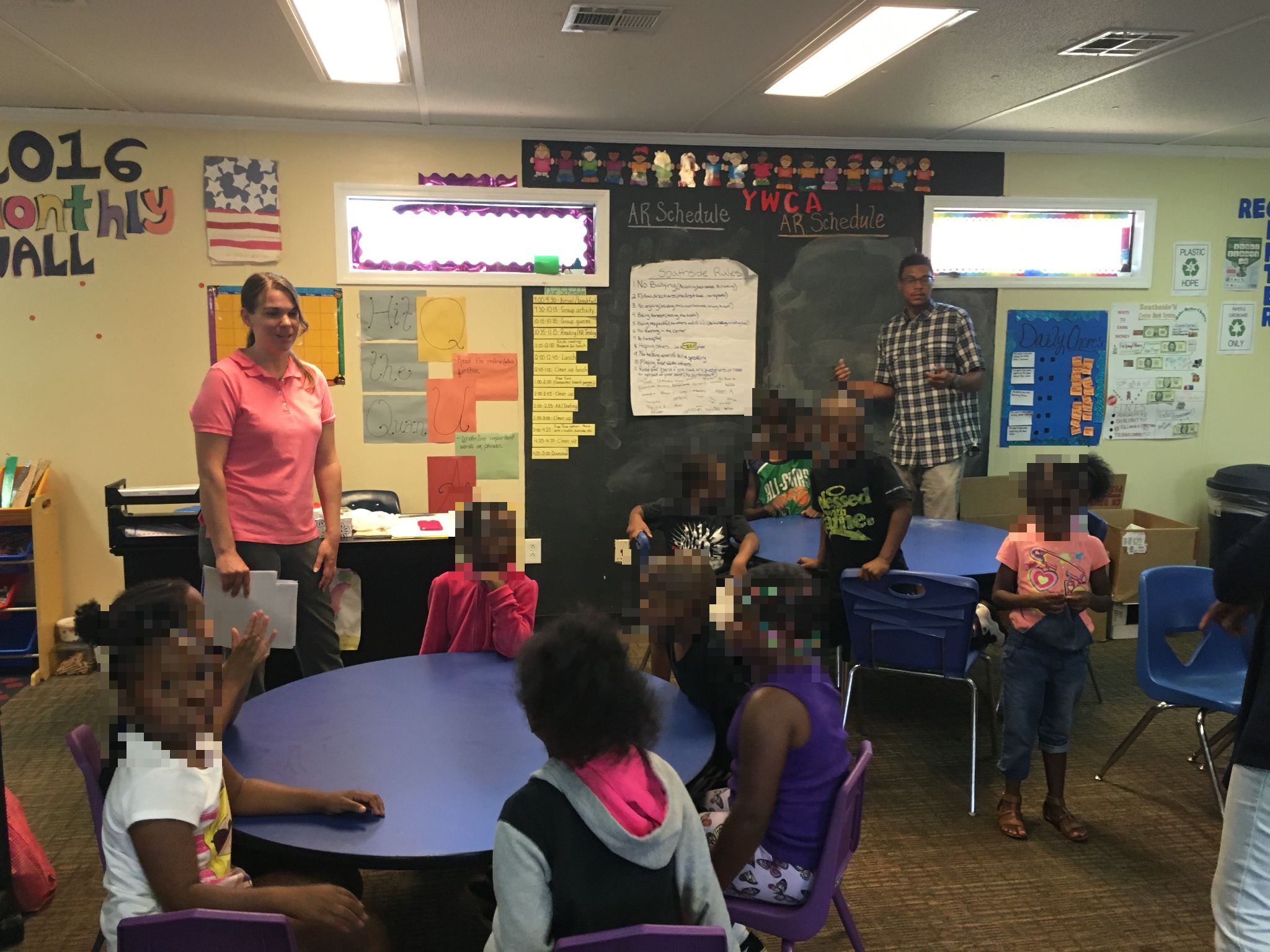 YWCA summer campers learned about recycling and water use!

When Edward Doughty heard Sustain Charlotte's executive director Shannon Binns speak at a recent Leadership Charlotte event, he did far more than listen and take notes. Doughty went out and bought bicycles for his entire family that weekend as a birthday gift to his wife. The next day, they rode about 10 miles on the greenways. "The kids loved it. We had a great day!"

Since then, they've been doing lots of exploring on two wheels. One of the unique perks of riding bikes as a family has been discovering new destinations. "We found a little park in Huntingtowne Farms that we didn't even know existed." 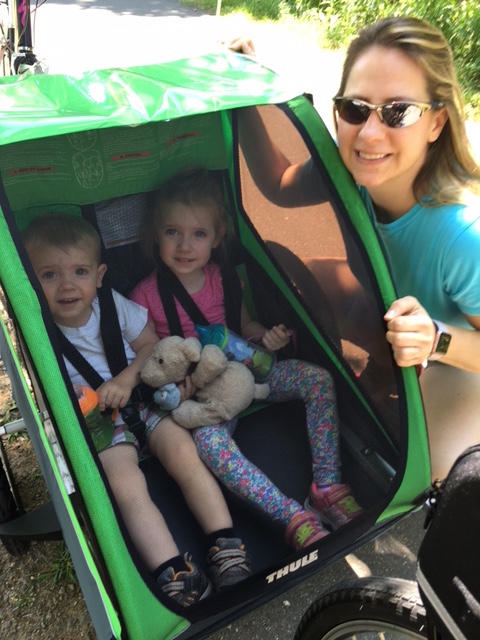 Cycling is a family activity for this crew! 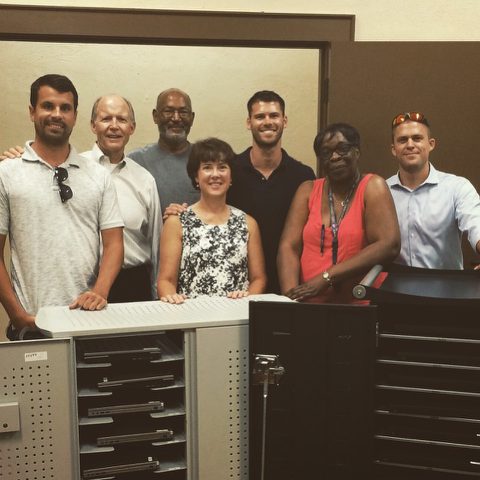 You can now recycle your used bicycle tubes + tires thanks to the success of ReTire!

In December 2014, a local bike shop manager approached Mecklenburg County’s Business Recycling Programs looking for an outlet to recycle [or reuse] bicycle tires and bicycle inner tubes. Site visits to local bicycle shops and an extensive research campaign confirmed the lack of viable recycling/reuse options for these two materials. This research also revealed that this was a topic of significant importance to the local bicycling community. 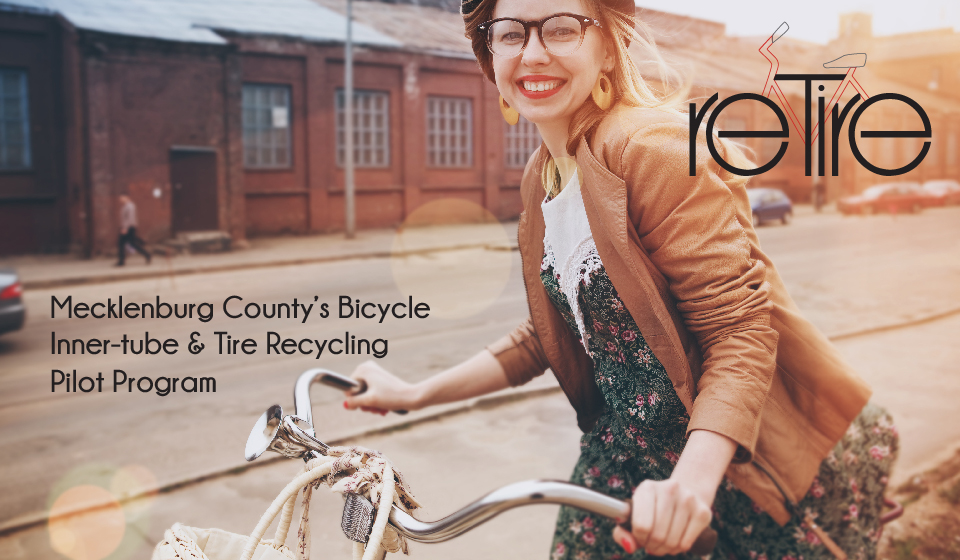 Based on these conclusions, Mecklenburg County’s Business Recycling Programs set forth to design a cost effective pilot program that would address the needs of local bike shops while generating the data necessary to determine the feasibility of implementing a long-term diversion program.

June 23 may have been the hottest day of the year, but it didn't keep our members from enjoying a family-friendly evening of grilling and games at a beautiful (and surprisingly breezy) lakeside pavilion in Park Road Park! We celebrated the success of our June fund drive and welcomed many of the 61 new members who have joined in the past few weeks. The financial support of our members allows us to do the important work of moving Greater Charlotte further along a sustainable path. This picnic was our chance to say THANK YOU! 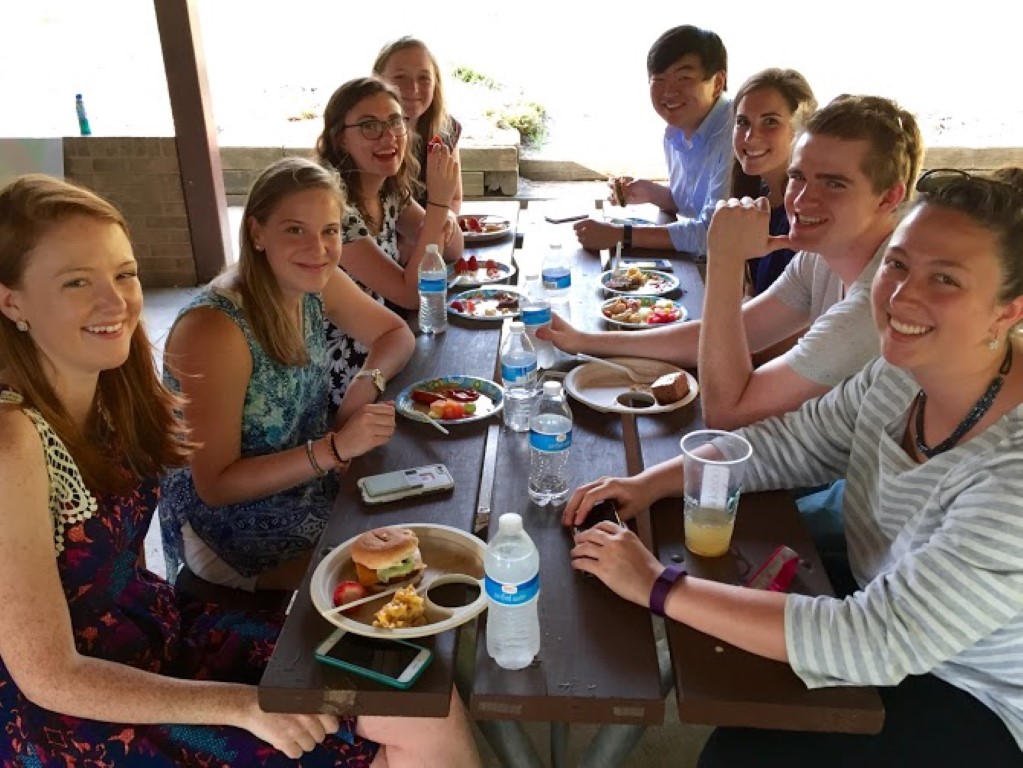 The Sustainability Scholars from Davidson College joined us for food and fun!

At their June meeting, the Board of Directors of CrossRoads recognized Sustain Charlotte Community Corps (SCCC) volunteers for their excellent and committed work alongside Grier Heights residents in the first half of 2016. CrossRoads Corporation for Affordable Housing and Community Development, Inc. is a faith-based non-profit organization in partnership with Myers Park Presbyterian Church, the residents of Grier Heights and numerous other stakeholders of Grier Heights in the revitalization of the neighborhood. 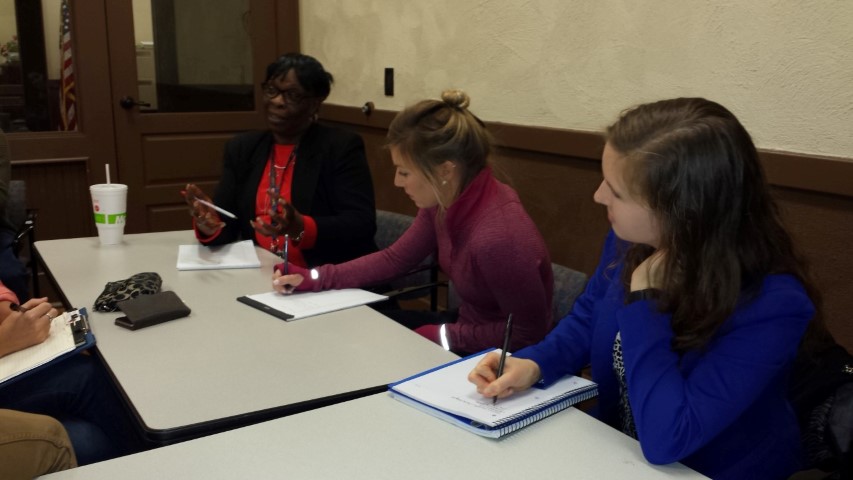 Gloria Green, Director of the Grier Heights Community Center, applauded Sustain Charlotte's approach for truly working with residents rather than imposing a pre-determined agenda on them as some well-intentioned organizations do. "They really listen and work with us to find out what this community needs."

Discovering Charlotte outside the car

Sustain Charlotte and Charlotte Chamber GreenWorks recently led a tour of the many sustainable options that our city's residents and workers can choose from for commuting, exploring, and even living without a car. The benefits of transit, walking, and cycling for transportation became quite obvious thanks to our incredible guest speakers! We learned how "out of the car" transportation options support sustainable urban land use, cleaner air, and economic opportunity. 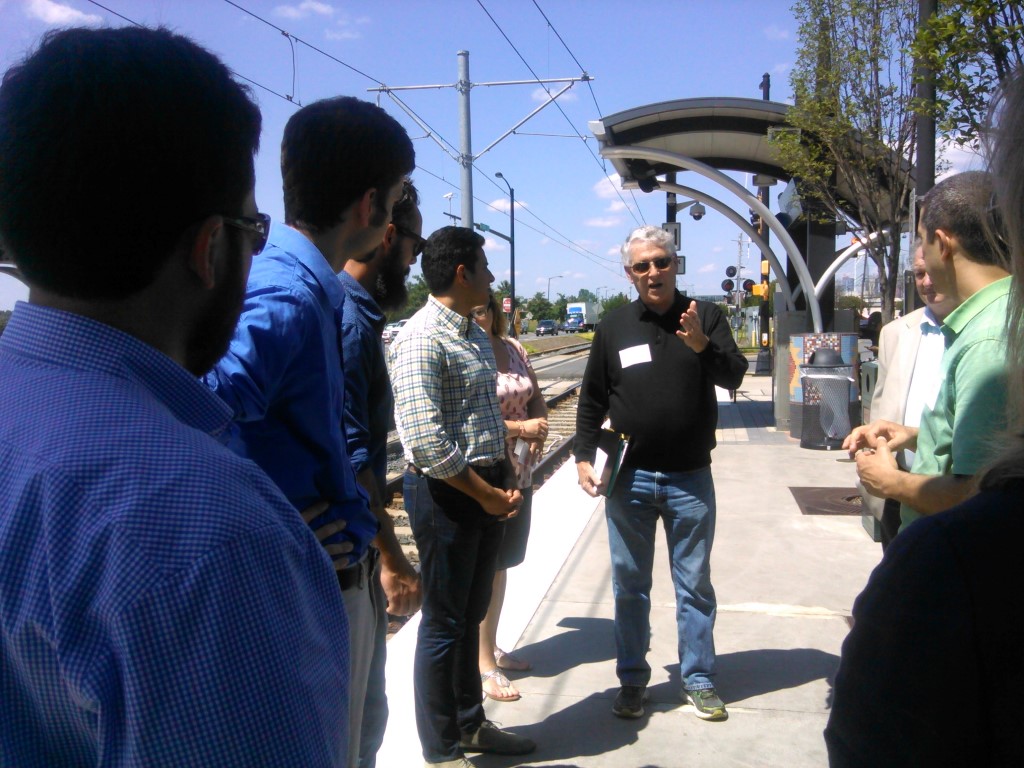 More than 70 neighborhood residents, volunteers, and visitors gathered on a sunny Saturday morning in the historic Grier Heights neighborhood to celebrate the legacy of the late Jonathan Belton. Mr. Belton served as the first director of the Grier Heights Community Center before his passing in December 2015. The event highlighted the importance of health, wellness, and active transportation (in this case, walking) in building a more sustainable future for the neighborhood. 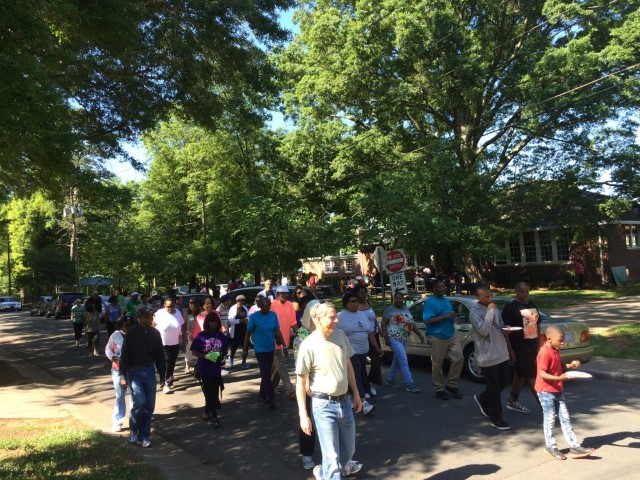 The Sustain Charlotte Community Corps (SCCC) partnered with the Grier Heights Neighborhood Improvement Organization to organize a walk to honor Mr. Belton while also introducing event participants to the incredibly rich history of Grier Heights. The event kicked off at 10:00 a.m. with a 1.5 mile guided walk throughout the community. Along the way, volunteers pointed out signs that told the stories of several of Grier Heights' landmarks.