On January 14th, the Charlotte City Council voted to approve new rules for e-scooters. Sustain Charlotte supports the new rules and believes the vote was a victory for streets that move people, not just cars! 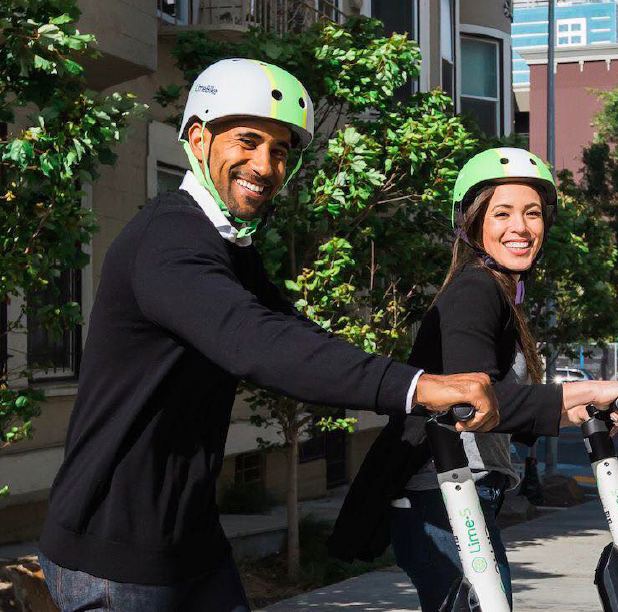 Here are the new rules as summarized by the Charlotte Observer:

▪ Ban scooters from sidewalks in the densest part of uptown, in an area bounded by Stonewall, Seventh, College and Church streets.

▪ Lift Charlotte’s current cap on the number of scooters one company can have, which will increase the total number of scooters in the city. Under the city’s pilot program, companies were allowed only up to 400 scooters each. Lime and Bird have the maximum, while Spin fields about 100. Under the new rules, they’ll be allowed to add scooters, 50 at a time, each time they show their scooters are being ridden an average of at least three times a day for 30 days. But they would have to take scooters off the roads if their average use fell below two rides per scooter, per day.

▪ Allow the city to start charging scooter companies a fee, which council members say is justified because the companies are using public infrastructure — roads and sidewalks — as the basis of their business model. It’s not clear exactly how much the per-scooter fee would be, however. The city is exploring “dynamic” pricing, which could lower the fee if a scooter company hits certain benchmarks, such as parking its scooters responsibly or encouraging its riders to follow safety rules, for example. 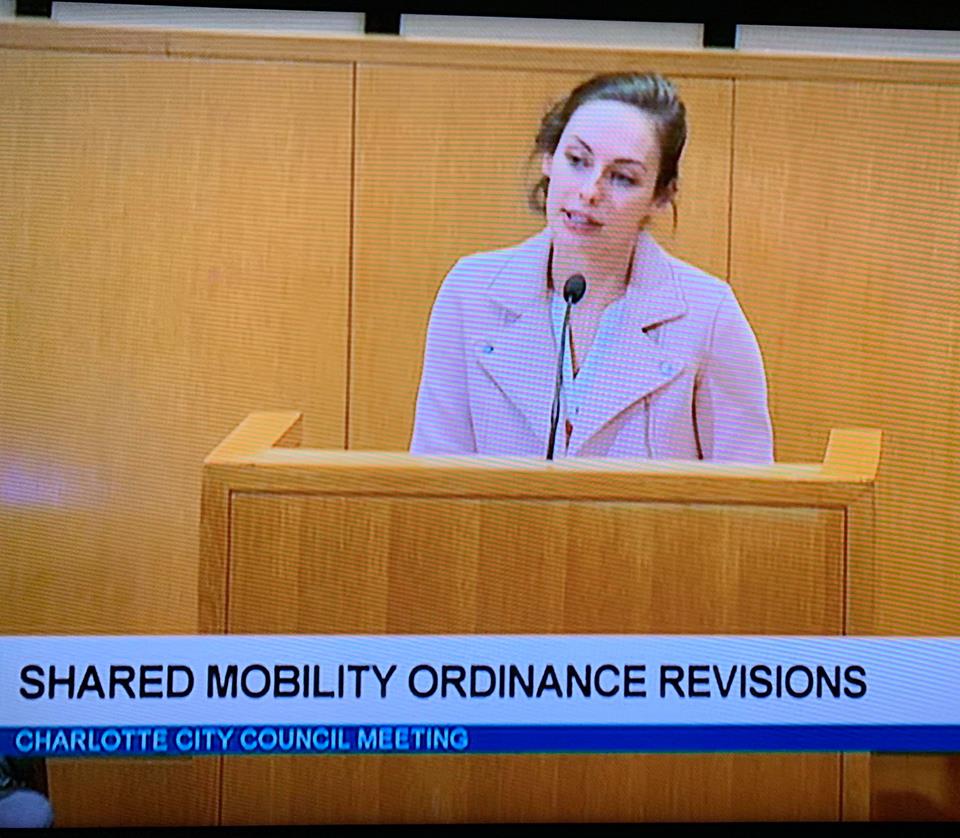 Our Bicycle Program Manager, Kate Cavazza, spoke in favor of the new ordinance. Watch video of the her comments here, and the full meeting here. Here are her comments:

My name is Kate Cavazza and I am the bicycle program manager at Sustain Charlotte.

We believe that streets are for all users, not just cars.  Shared mobility technology and e-scooters provide transportation choices to more people, serving as a tool to improve economic mobility.  The average Charlotte household spends 22% of their income on transportation.  A scooter rider using public transit would pay 74% less than the cost of owning a personal vehicle because 30% of Charlotteans don’t own a car in the first place.

That said, Sustain Charlotte supports scooters and supports the proposed e-scooter ordinance as it appears before you tonight.

We, along with the bicycle community, also support the staff’s decision to remove the amendment prohibiting scooters from streets with a posted speed limit greater than 35 mph for the following reasons:

Many of our lower income residents are surrounded by streets with higher speed limits.  The people who live and travel through these neighborhoods deserve just as much access to scooters the rest of the City.

In reality, only 40% of Charlotte streets have a sidewalk on at least one side and only 4% of streets have bike lanes.

We do not have an adequate network of bike lanes and sidewalks for them to be expected as a safe alternative to streets with a speed limit of over 35 miles per hour.

So today, scooter users need the flexibility to access the safest routes available, whether on the street or on the sidewalk.

CDOT has provided you amendments to the city code that offers clarity for scooter riders and providers alike and we urge you to approve these tonight.

The most important thing you can do as Council Members is to prioritize and accelerate the development of a network of lanes and parking areas for bicycles and scooters.

The faster we can fund and build projects like the 6th Street Cycle Track, Parkwood and the Plaza Street Conversion Conversation, and the Cross Charlotte Trail, the safer our city will be for all modes of transportation.