Sustain Charlotte named a 2014 Charlottean of the Year!

Sustain Charlotte has been named a Charlottean of the Year by Charlotte Magazine. Executive Director Shannon Binns founded Sustain Charlotte in 2010 after recognizing a need for a local organization that would raise awareness of Greater Charlotte's sustainability challenges and their solutions.

The 501(c)(3) nonprofit organization Sustain Charlotte was featured in the December 2014 issue in an article called "Six Charities Worth Your Dollar" for their contributions to Charlotte this year in the area of Philanthropy. Charlotte Magazine's editorial staff spent months sorting through and discussing nominations from readers and city leaders. The only criteria: Nominees had to make Charlotte a better place in 2014. Sustain Charlotte and other honorees will be recognized at a luncheon on Friday, December 12. 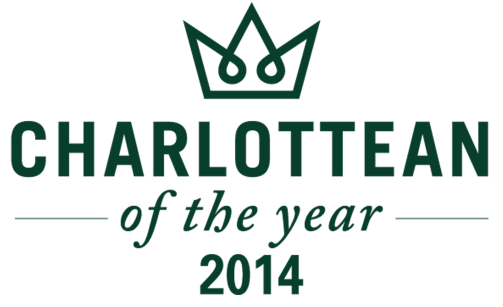 Charlotte Magazine shared how each of the six winning nonprofit organizations is working to improve the community and what they're planning next. Here's what they shared about Sustain Charlotte:

What they do: Advocate for the sustainable use of resources in Charlotte. By analyzing data about energy, land, transportation, food, air quality, waste, and water, they offer recommendations on how to improve.

What’s next: Sustain Charlotte recently launched the Transportation Choices Alliance (movecharlottesmarter.org), which aims to improve the local transportation system and make it easier for more people to ride the light rail, take a bus, bike, and walk around the city. The goal is to reverse the trend of congested highways and suburban sprawl.

To volunteer or donate: Go to sustaincharlotte.org.