Sustain Charlotte proudly joins more than 70 advocacy organizations, Chambers of Commerce, and community organizations across the U.S. in signing a letter asking the U.S. House of Representatives to increase their commitment to funding public transit. 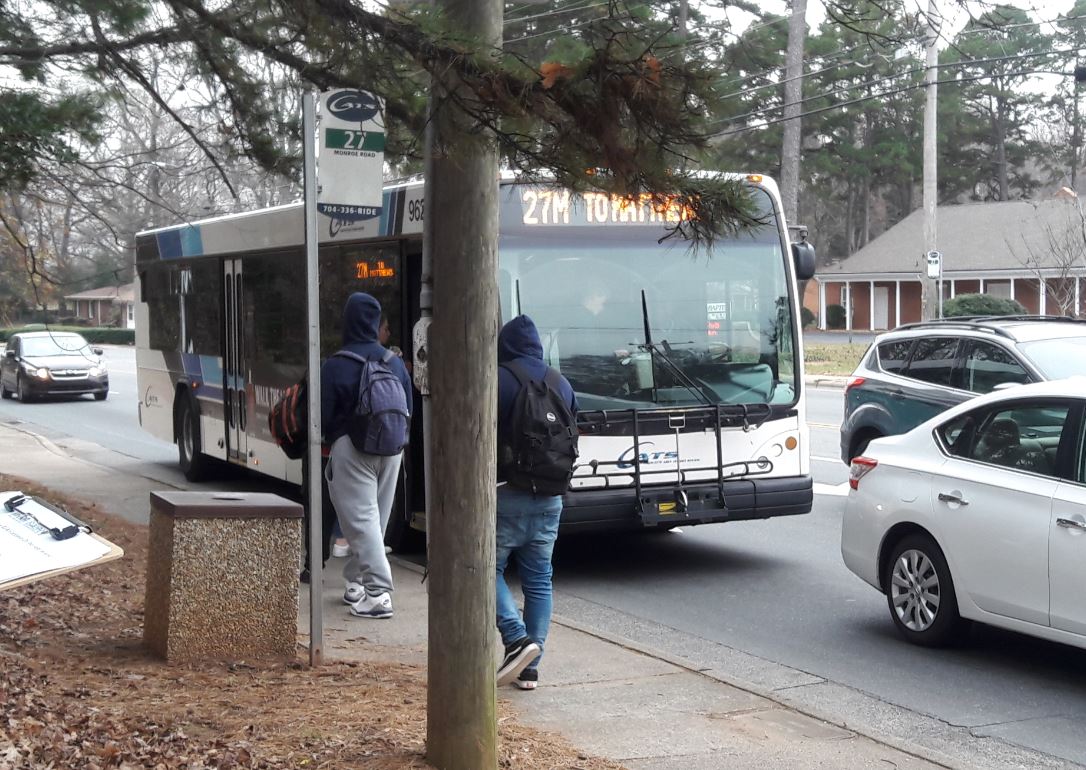 More than half of CATS bus routes run every 45 minutes or less.

We can't have a healthy, equitable, and growing economy without a strong public transit system that connects people to jobs and opportunities. Although CATS CEO John Lewis has stated that CATS is on strong financial footing for the upcoming year thanks to prudent financial planning and funding from the CARES Act, the future of funding beyond this year is uncertain.

There are so many financial needs in this time of national crisis. What we know for certain is that an efficient and fully funded public transit system is, and will continue to be, vital to our economic recovery.

Here is the letter we signed:

Re: Support for U.S House of Representatives taking action to fully fund transit

Public transit systems face a four-alarm emergency as a result of COVID-19. We appreciate the passage by the House of the HEROES Act and the understanding of the urgent need for more emergency transit funding that it represents. But it is now apparent that the proposed HEROES funding will be insufficient. Nationwide transit systems have a combined shortfall of at least $32 billion. CARES Act and local transit funding for many systems will run out within the next five months and for some, it runs out as soon as August 1st. We urgently request at least $32 billion in additional, targeted, emergency operating support for public transit systems across the country to continue to safely provide essential services.

The public health crisis continues to have a devastating impact on public transit. Agencies are suffering tremendous losses in ridership and farebox revenue, as well as state and local revenues. Simultaneously, they are taking on new expenses to clean equipment and provide personal protective equipment, as well as leave for sick workers. With CARES Act support running out, agencies are already beginning to make plans for cuts including laying off workers, shutting down bus and train lines, and halting needed capital improvements and expansions. Once these service cuts are made, some of them will become permanent.(1) CARES Act money is likely to run out before the end of 2020 in Seattle, Los Angeles, the Bay Area, Washington DC, Philadelphia, Boston Baltimore, Pittsburgh, and Salt Lake City among other cities.(2) In New York City, it runs by the end of this month.(3) Without additional emergency operating support for public transit now, service will be cut, cleaning and PPE will be reduced, and the economic consequences will be devastating.

There are 2.8 million essential workers who depend on public transit to ensure the well-being of US cities during this pandemic.(4) It is imperative that we maintain transit service at a frequency which ensures that essential personnel and transit workers have space for social distancing. Transit workers have been hard hit by COVID-19, and continue to require costly PPE and proper health and safety. This emergency funding is necessary to provide rigorous cleaning, sanitizing, and safe operating procedures as well as essential transportation services.

Tens of millions of people in the US rely on public transit to get to work every day, generating trillions of dollars in economic activity. Every dollar invested in transit offers a five-to-one return and every $1 billion invested produces 49,700 jobs.(5) Transit agencies are often among the largest employers in their cities, and those jobs are at risk. At least 30,000 manufacturing and 30,000 construction jobs will be lost without additional funding due to the cancellation of transit capital projects(6)— total job losses could be in the hundreds of thousands. The economies of our metropolitan areas, which play an outsized role in driving the nation’s economy, are heavily dependent on public transit. Without Congressional investment in preserving transit service for essential workers today, there will be no economic recovery.

Investing in public transit is also an investment in racial justice because it is essential to the economic well-being of communities of color. Sixty percent of transit riders are people of color.(7) Yet over the past several decades, the federal investment in transportation has consistently neglected public transit. The systemic racism of mass transit disinvestment needs to stop. Black and Latinx workers are disproportionately represented among essential workers and are less likely to be able to work at home than their white counterparts.(8) Failure to provide needed emergency funding for public transit will dramatically impair the ability of many communities of color to work, meet family needs, and protect their health when their communities are being disproportionally hit by the pandemic.

We also need to make sure that our vital paratransit services, which take riders to jobs and health care, are operating fully throughout this crisis and beyond. Paratransit provides a transportation lifeline to millions of people with disabilities who rely on it to get to work, go shopping, and meet their health needs. While there is more that needs to be done, our public transit systems have made significant progress in providing accessible transportation. This progress is at risk without the needed emergency funds.

In the midst of this pandemic, our transit systems provide a lifeline to our communities and our economy. They are facing unprecedented fiscal crisis and are at risk of dramatic service cuts. Many transit systems are running short of money right now and more will run short in the next few months. Without the necessary emergency federal transit relief, the consequences will be dire.

For these reasons, we urge you to provide at least $32 billion in additional, targeted, emergency operating support for public transit systems across the country. The HEROES Act targeted the largest metropolitan areas, which have tremendous unfunded needs. Public transit agencies across the country in many small and mid-size communities also remain underfunded and require urgent assistance. The $32 Billion should be targeted, based upon need, to sustain all underfunded transit systems.

We look forward to working with you as you shape relief legislation.