Did you make it to the Five Points Better Block on November 17th and 18th?  If so, you got to see some awesome temporary bike lanes, placemaking and a ton of community involvement!

Read a full summary of the event below! 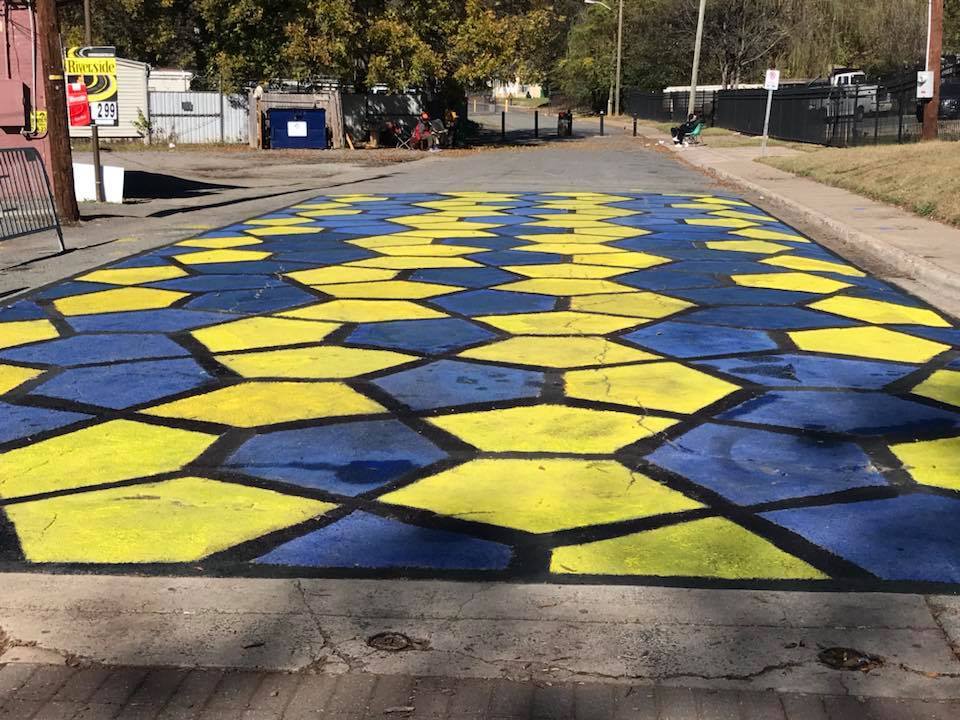 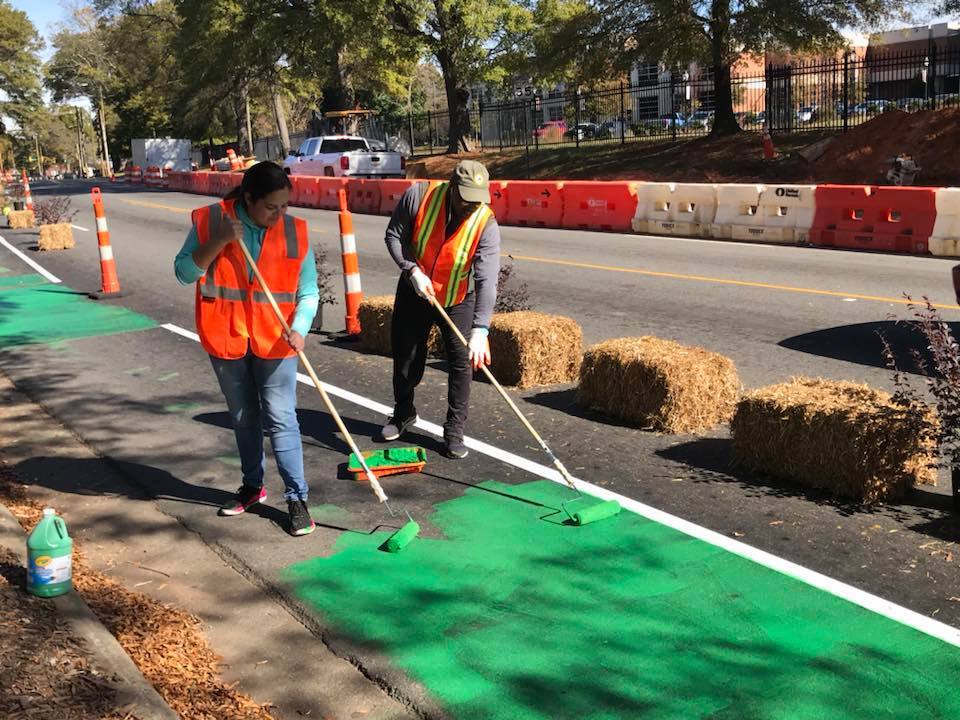 What is the Better Block Foundation?

The Better Block Foundation is a nonprofit funded in part by the Knight Foundation.  They use tactical urbanism techniques to install temporary placemaking components to activate neglected spaces in communities across the country.

Charlotte’s relationship with Better Block started back in July when co-founder Jason Roberts presented as a part of the Building Better Community series sponsored by the Knight Foundation, Charlotte Center City Partners and the City of Charlotte.  He announced their first project in the Belmont neighborhood which happened earlier this year. 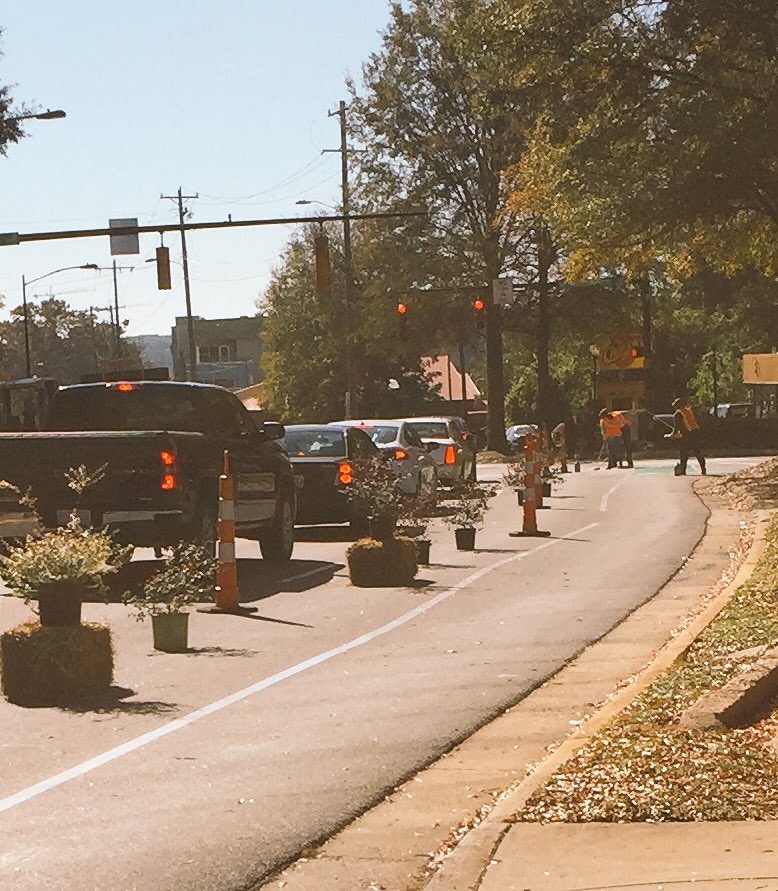 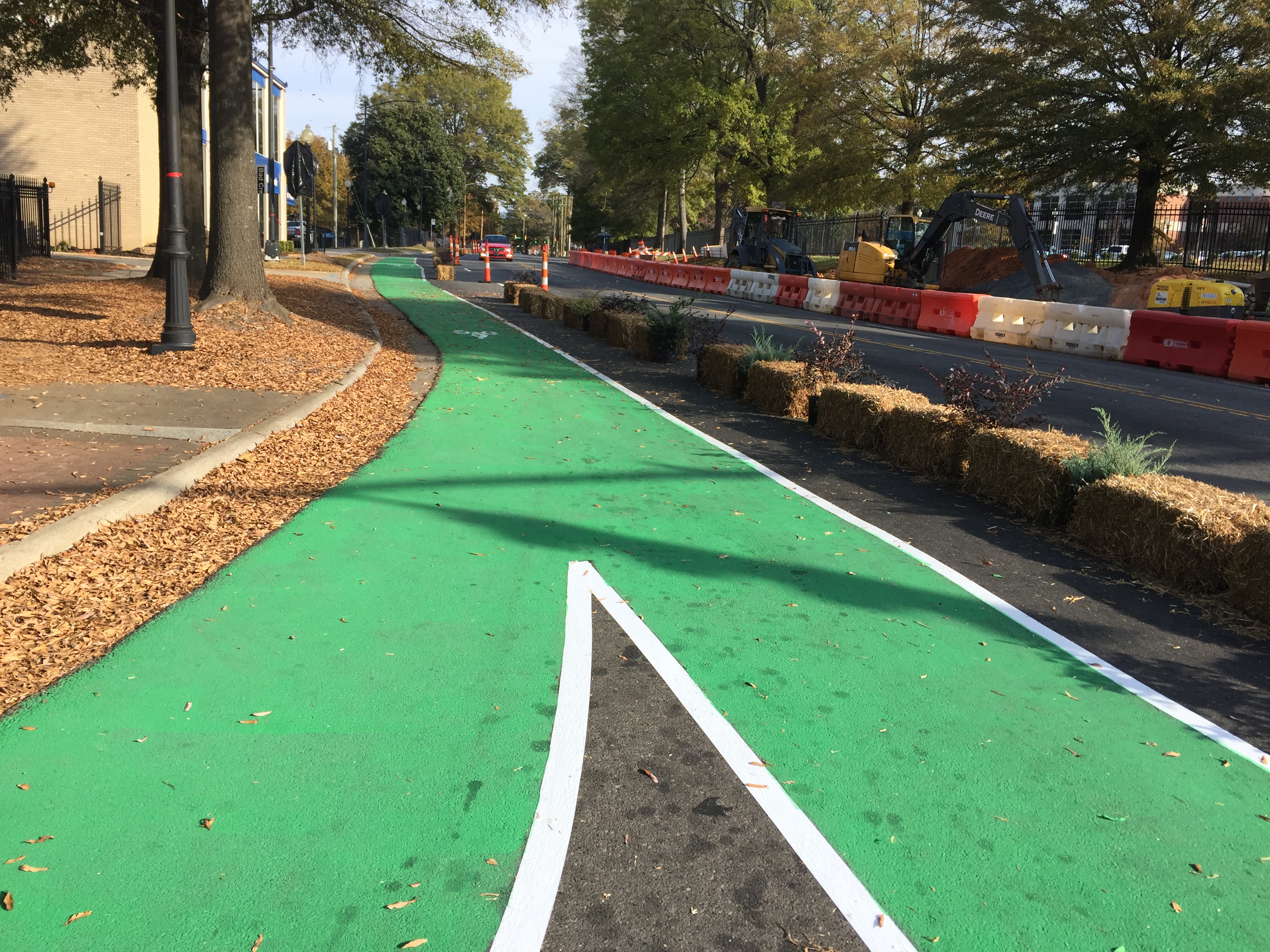 Temporary protected bike lane before and after paint at Five Points!

For their second investment in Charlotte, the Better Block Foundation partnered with the Historic West End Initiative to temporarily transform the Five Points intersection across from Johnson C. Smith University.  Sustain Charlotte was called in to lend a hand.  Drawing from our experience on the Uptown protected bike lane demonstration, we coordinated lane closures with City of Charlotte staff, procured traffic calming devices, helped paint temporary bike lanes, and aided with day-of operations.  It was a joy to play a part in the Five Points Better Block!

Will we see more demonstration projects spearheaded by the City of Charlotte, local community leaders, and your very own land-use and transportation advocacy organization?