We hope you were one of the 30,000 people who came out to support Open Streets 704 on Sunday, April 29th!  The route extended four miles from Plaza Midwood all the way to up to NoDA.

Sustain Charlotte is proud of our increased involvement in the Open Streets 704 program.  Our Bicycle Program Manager Kate Cavazza served as the demonstration project manager for the recent event. We organized and hosted three projects on the route.  We successfully advocated for a partial protected bike lane on Parkwood Avenue that provided a safe connection between Brevard Street to Davidson Street. We also placed several public engagement boards at bus stops and gathered important information on how better to improve the experience for riders. 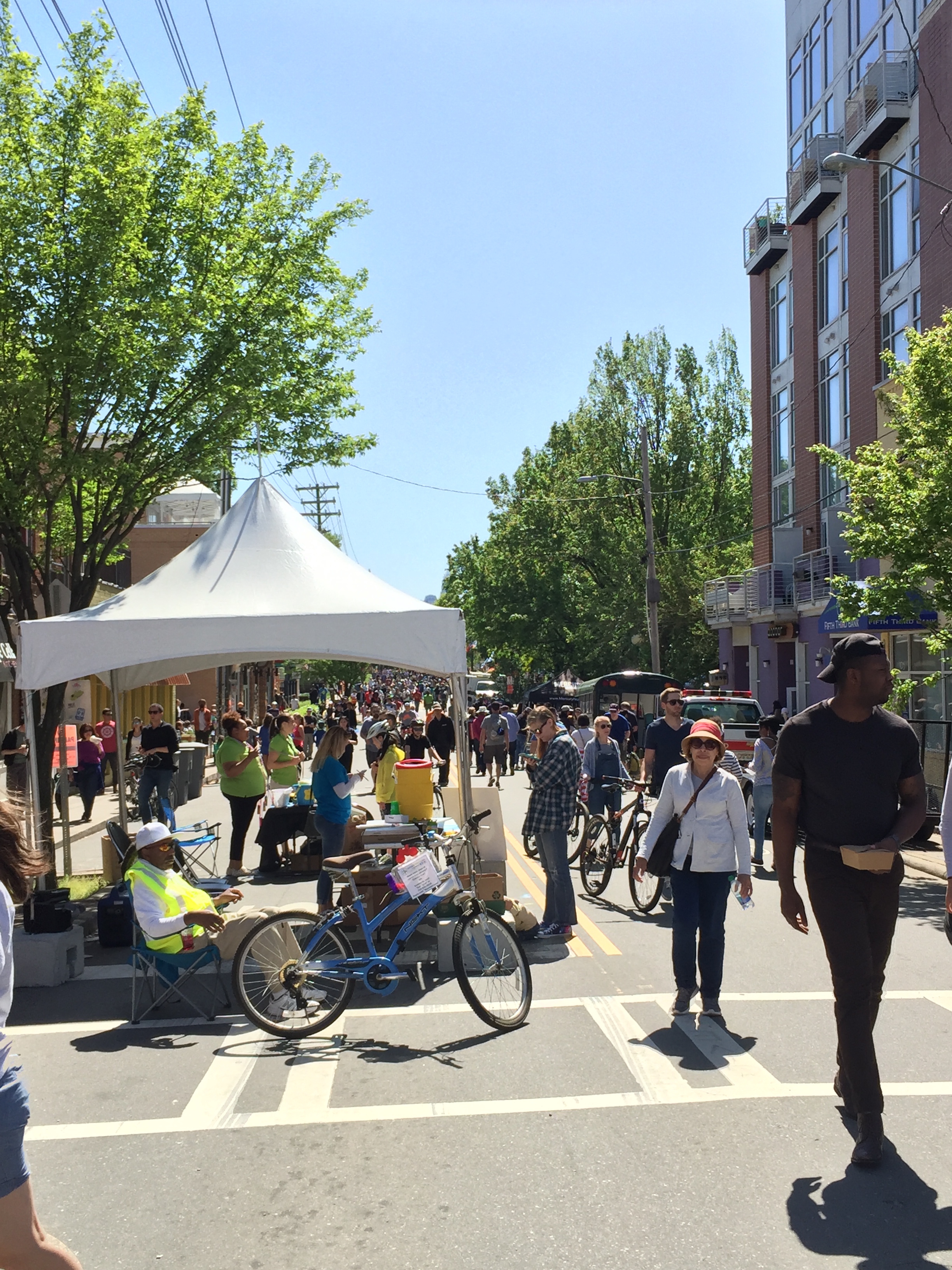 People walked and biked through the streets of NoDA during Open Streets 704.

Our most prominent contribution happened on the 3200 block of N. Davidson Street.  In partnership with the NoDA neighborhood Association, Charlotte Department of Transportation, and the incredibly talented artist Osiris Rain, we facilitated a major art installation in the loading zones on both sides of the street. 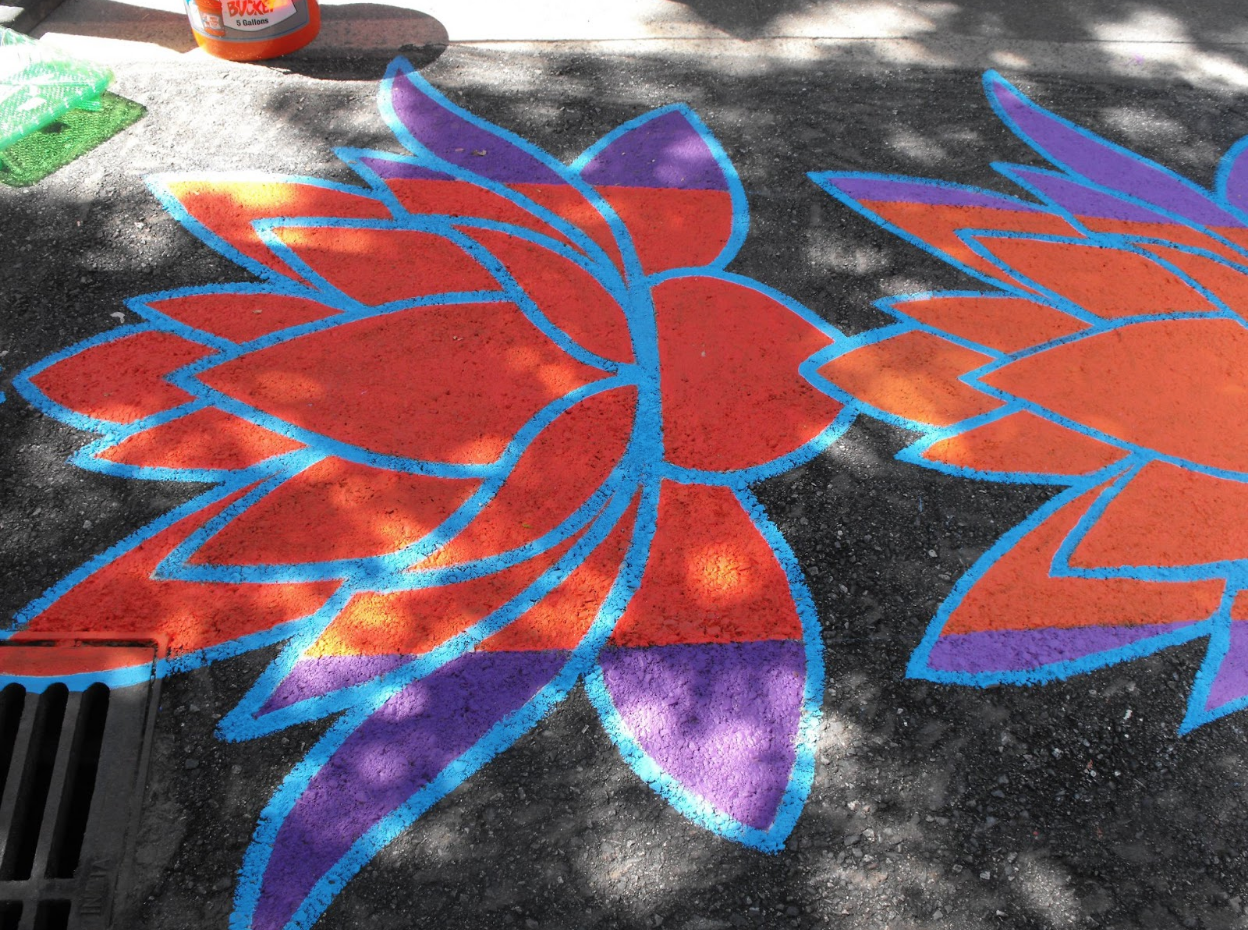 Not only does this application enhance the neighborhood character and bring attention to NoDA businesses, but the art also acts as a traffic calming feature to slow vehicles and decrease the space for pedestrians to cross.  Safe streets are incredibly important for all pedestrians, including people accessing the neighborhood by bus and the new 36th Street light rail station. Our Walk2Transit project funded by TransitCenter has engaged more than 250 local volunteers to make Charlotte’s streets safer and more walkable streets for transit riders. 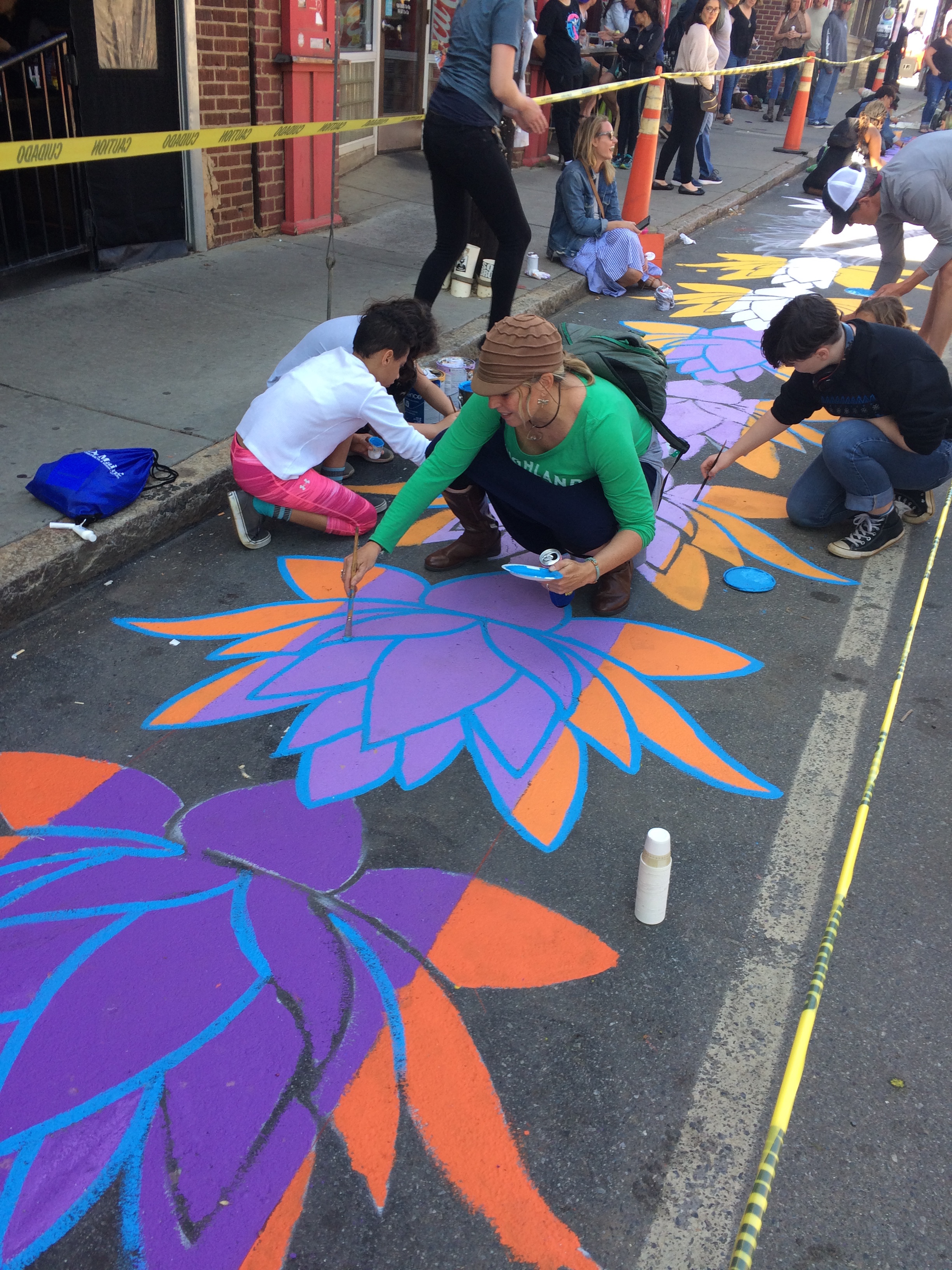 Residents and volunteers helped paint the street mural throughout the event.

The next Open Streets 704 will be on September 30th.  Keep tuned to their website for more details and for Sustain Charlotte’s continued role in the program!