After continued advocacy in partnership with many concerned citizens, we are thrilled to announce that the Fiscal Year 2019 proposed budget positions Charlotte to take a huge step to advance active transportation! 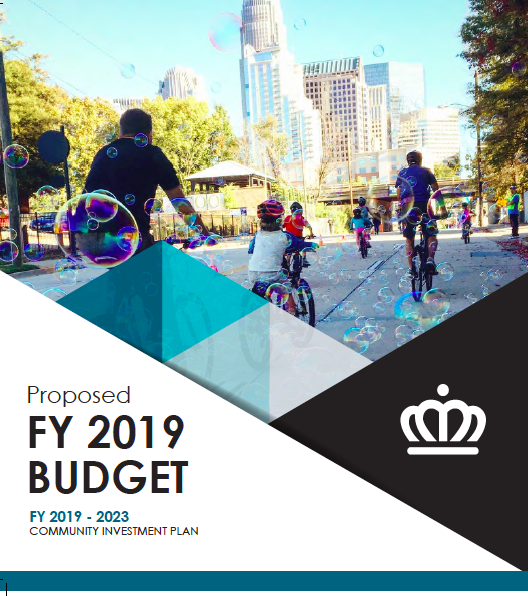 PeopleForBikes gave Charlotte a score of only 2.2 out of 5 possible points in their new PlacesforBikes City Ratings system.  There’s still a long way to go, but with full funding as recommended in the transportation plans adopted by Council last year, Charlotte will move closer to becoming a world-class city in terms of livability and transportation choices!

We’re asking for YOUR help to make sure these budget recommendations are approved as City Council moves toward official adoption on June 11.

Please let those who represent YOU know today that you support a 2019 budget that fully funds our City’s bicycle, pedestrian, and new Vision Zero programs.

In case the link above did not work for you, here are the emails of Mayor Lyles, Council, and City Staff for you to copy and paste into your own emails:

If you want to take a step further, we encourage you to sign up to speak this coming MONDAY, May 14 at City Council’s budget public hearing.  Sign up with the City Clerk’s office here!  If you do not want to speak, come with signs of support for walking and biking!

Read what our Bicycle Program Manager Kate Cavazza said at the public hearing!

Thank you in advance for speaking up and supporting the 2019 budget!