How Stuart created a car-free lifestyle 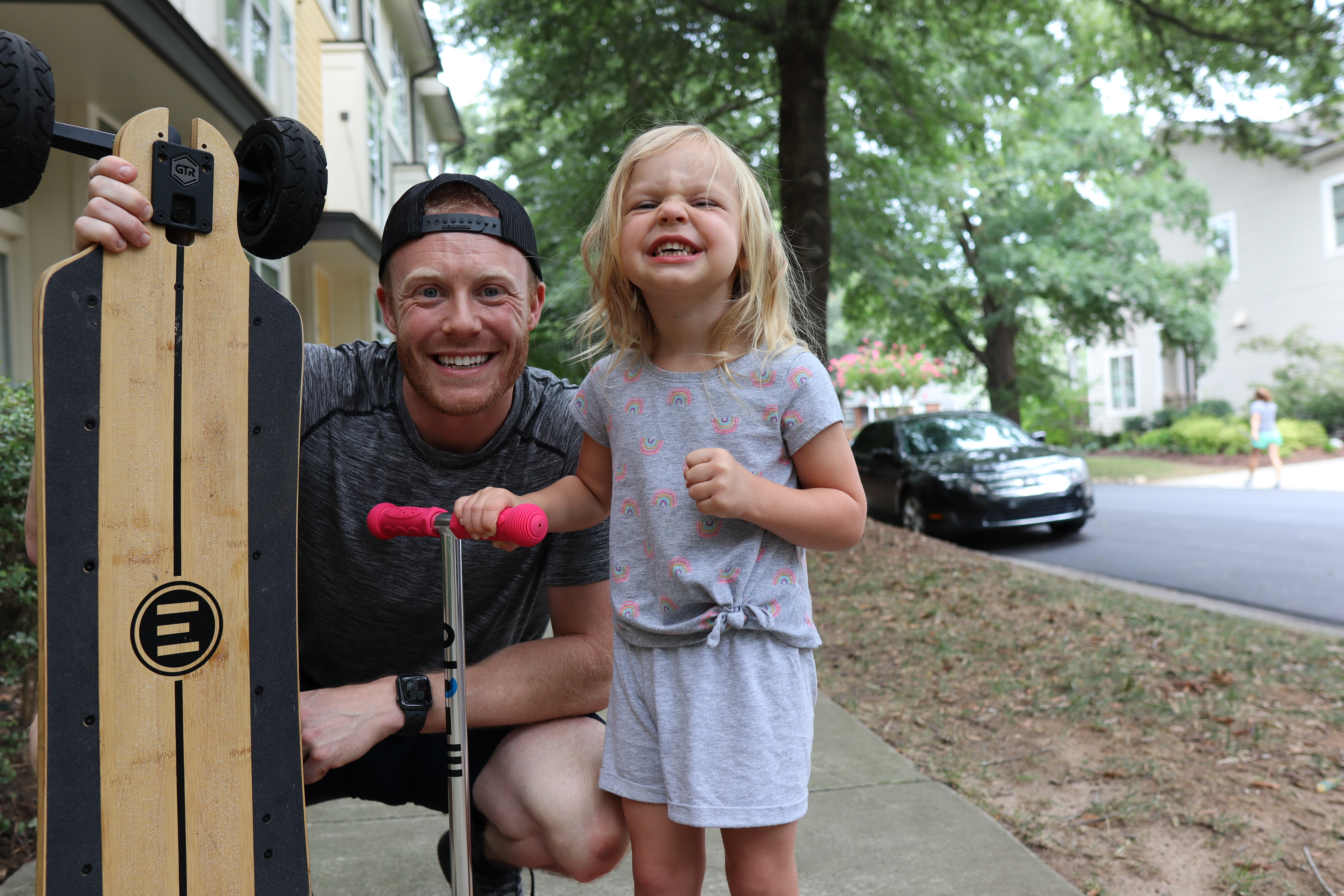 Two years ago, Stuart Brauer bought an electric skateboard on a whim. Though he’d never ridden a skateboard in his life, he wanted to experiment with a new form of transportation from his home in Cherry to Urban Mvmnt, the gym he owns in South End.

“Why haven’t I been doing this the whole time?” Stuart said to himself. “This is amazing.”

Though Stuart moved to Charlotte in 2009, he started seeing the city in a different light as he spent less time inside a car. He soon realized that he spent much of his work and play time in South End; so he moved there. He bought an electric bike for longer trips and starting doing grocery delivery to cut down on trips that necessitated a car.

With a three-year-old daughter, he still needed to have a car for any trip with his daughter. But on weeks when his daughter was with her mom, Stuart’s car sat idle outside his home. So he started renting his car out on Turo, a car sharing service that allows vehicle owners to rent out their cars when they’re not in use.

“Not only have I gone carless, but I’ve netted positive income,” he says.

While there are many environmental and economic benefits to car-free lifestyle, for Stuart, it’s mostly about enjoyment. Where he once would have spent his commute complaining about traffic or taking work calls, his ride to and from work each day is now a peaceful time where he can clear his head.

“You develop a different relationship with your city when you start traveling its streets,” he says. “It’s a more enjoyable life.”