Does the idea of bicycling or walking on South Blvd, South Tryon, or West Blvd at rush hour cause you to shudder? Or trying to cross when there's no traffic light within sight? Good news! The Charlotte Department of Transportation (CDOT) recently completed four studies of heavily-traveled corridors (the other one is Parkwood Ave & The Plaza, which we've reported on here). They've made recommendations to improve the experience for people on foot and bike.

Read on to find out where you'll see new and better lighting, sidewalks, crosswalks, signalized intersections, pedestrian crossing signals, raised bike lanes, and more. We'll even tell you what a truck apron is (Hint: It's not the latest fashion accessory for your kitchen). 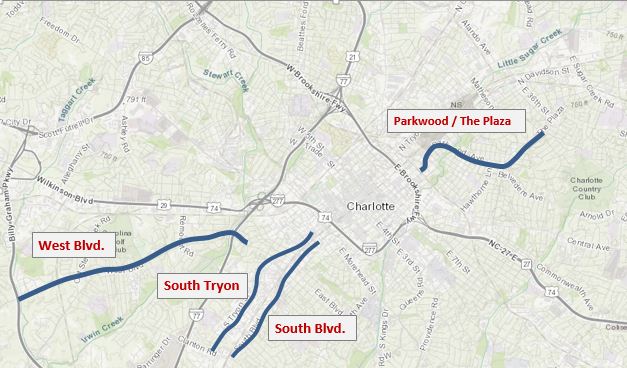 Scope of the studies

The studies aimed to identify near to mid-term recommendations, as we'll explain below. Longer term tools could include updated street cross-sections, new street crossings, and major intersection improvements (left turn lanes, driveway consolidations). Those interventions will likely require land to be redeveloped.

CDOT evaluated more than four miles of West Boulevard, from Camden Road all the way to Billy Graham Parkway. An added complication? West Boulevard --unlike East Boulevard-- is a state signed route. That means any significant proposed changes to it must be approved not only by CDOT, but also at the state level by NCDOT.

Despite the challenges, residents of the entire West Boulevard have rallied over the past year to engage with CDOT staff during every stage of the corridor study. Sustain Charlotte has helped by providing technical assistance, assistance with promoting attendance at public meetings, and organizing walking tours for youth. 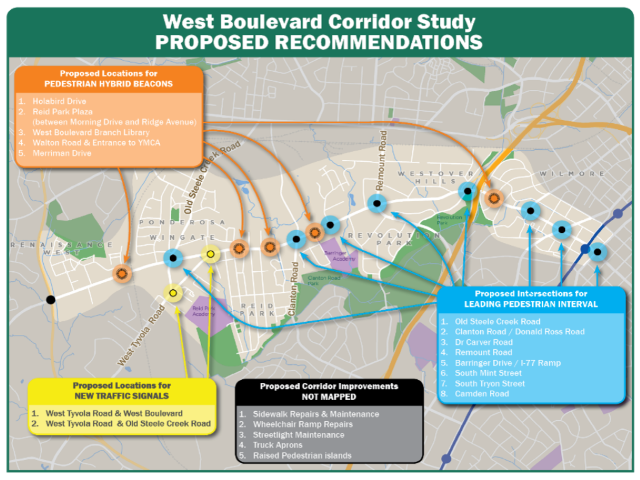 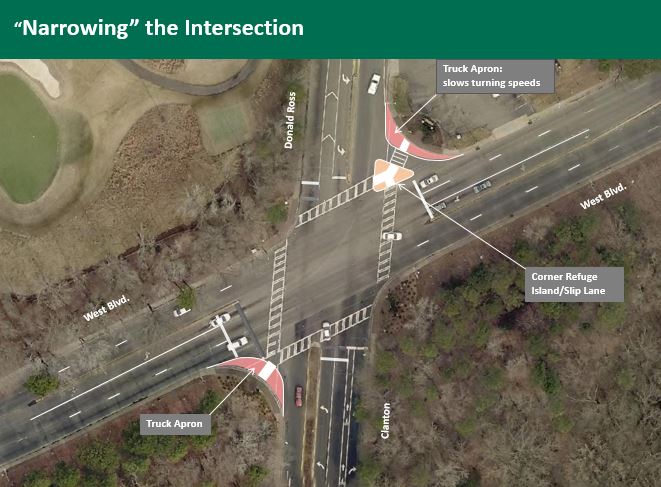 Truck aprons at the wide edges of the intersection provide improved visibility and a shorter crossing distance for pedestrians (image: CDOT).

A longer term possibility is a future road diet on portions of West Boulevard. The feasibility of that option will be easier to determine after the completion of Charlotte Area Transit System's (CATS) alignment study for the future rail line to the west of Uptown and further assessment of the future realignment of West Boulevard that will be required for the expansion of the airport.

CDOT's study area included both of these corridors from just south of Uptown to Clanton Rd. This area has seen incredible commercial and residential growth following the opening of the LYNX Blue Line light rail in 2007. South End hosts a high volume of vehicular, bicycle, and pedestrian activity. But with average spacing between signals of more than 1200 feet on both corridors, safe crossing opportunities are few and far between. Here's how the proposed recommendations will change that: 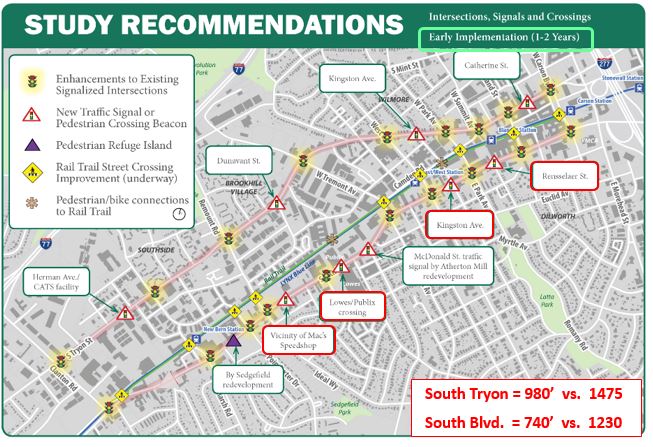 Longer term recommendations will require additional re-development as well as funding. They include additional intersection improvements and pedestrian crossings. Here's the long-term plan for improving bicycling opportunities in South End: 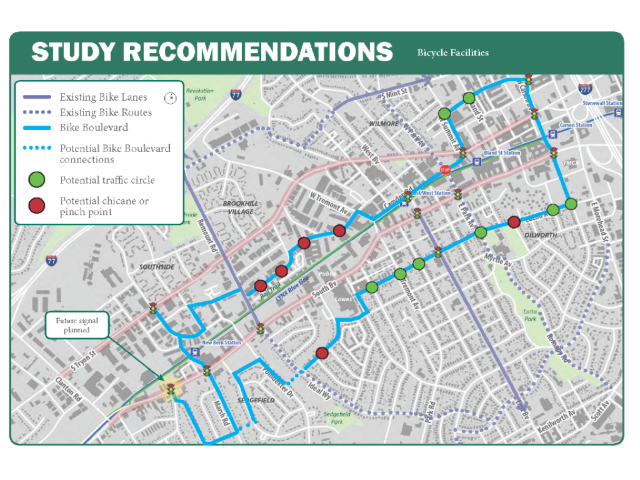 Note the word "potential" on the map? it will be important for the public--that's YOU-- to speak up as South End grows! We'll keep you informed about opportunities to add you voice to the conversation. Of course, it's always a great time to let your elected officials know what kind of streets you want to see!

Learn more about the corridor studies at CDOT's website: