In the sixth and final video in our Six Stories, One City transit series, banking professional Linda explains why she has chosen a car-free commute. Every weekday, Linda takes an express bus from her home in Cornelius north of Charlotte into the city. 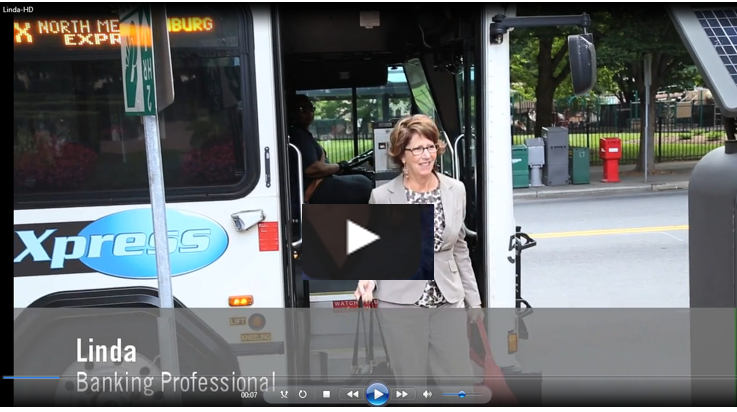 When asked how much she saves by riding the bus, Linda said: "$200 a month in gas, the wear and tear on the car, the lower cost of insurance because I'm not driving so far every day. Also if you go downtown, you have to pay for parking. That can range anywhere from $100 to $150 per month. So I would say on a yearly basis, the savings is probably a minimum of $4,000."

The American Automobile Association (AAA) estimated the annual total cost of owning, insuring, maintaining, and operating an average sedan to be $8,876 in 2013. Sustain Charlotte's 2014 Charlotte-Mecklenburg Sustainability Report Card identified Transportation Costs as a metric where our area performs poorly compared to the rest of the nation. In 2009, the average Mecklenburg County household spent 26 percent of their income on transportation cost, versus a national average of only 19 percent.

Linda also identifies some less quantifiable but extremely valuable benefits of riding transit for a busy professional: peace of mind and time to catch up on work or simply relax. "When you're on the bus, you're very relaxed. You're not really paying attention to what's going on on the road because you're letting the bus driver do that."