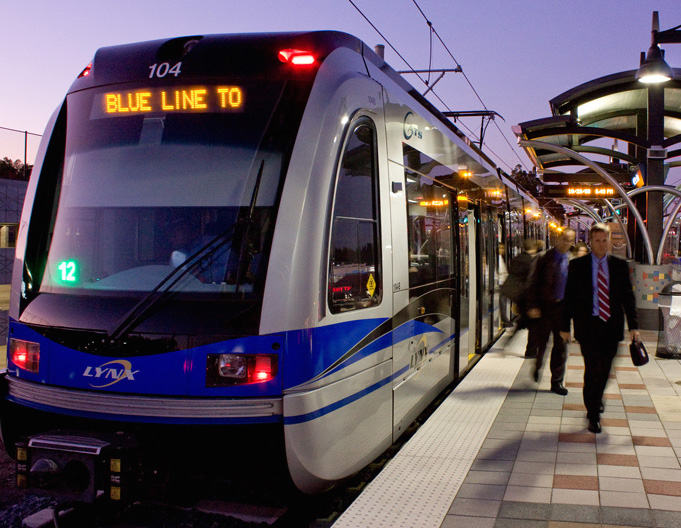 This coming Wednesday, February 27th, the Metropolitan Transit Commission (MTC, which is CATS' governing body) will vote on moving forward with an update of the 2030 Transit Plan. While we are thrilled that plans to dramatically expand bus and rail service are moving forward, we are concerned that the CATS staff recommendation to bring the future LYNX Silver Line light rail through the North End of Uptown (first image below) rather than under Trade Street (second image below) would provide less pedestrian access to the heart of Uptown and would likely have lower ridership.

TransitCenter, a national transit research organization, shares our concerns about the recommended alignment for Center City.

Given this, we are recommending that both the North End and Trade Street Tunnel options be carried into the next phase of engineering. Further analysis would help to clarify some of the "unknowns", including the complexities of the tunnel option.

We have shared this recommendation with CATS staff, and intend to also make this recommendation directly to the Metropolitan Transit Commission during the public comment period of their meeting on Wednesday, February 27.  They are scheduled to vote on this proposed alignment for the Silver Line and other revisions to the 2030 Transit Plan at this meeting. Below is what we plan to say.

"Sustain Charlotte is committed to supporting the mission of CATS and the MTC to “improve the quality of life for everyone in the greater Charlotte region by providing outstanding community-wide public transportation services.” We share CATS’ goal to increase transit ridership. In this regard, we commend CATS for working towards delivering an expanded transit network by 2030 and understand the need to define new rapid transit alignments as soon as possible in order to pursue funding and construction in a timely manner.

We’re excited about the plans for BRT on the North Corridor, Silver Line service extending from Matthews into Gaston County with service to the Airport, and continuing improvements to the bus network through restructuring, capital improvements and increased frequency. Sustain Charlotte supports transit expansion that connects people quickly and efficiently to their daily destinations.

It’s clear that there is no easy or inexpensive option for bringing the future Silver Line through the Uptown area. At the January 2019 MTC meeting, CATS staff recommended the North End option. However, we encourage the MTC to carry both the North End and Trade Street Tunnel options into the next phase of engineering for additional evaluation for several reasons.

Although there would be a higher upfront capital cost and some risks associated with building a Trade St. tunnel, there are also significant long-term benefits including:

Further engineering studies of both the North End and Trade Street Tunnel options would provide additional information and better cost estimates for each option based on better identification of property acquisition needs, utility relocations, future station area considerations (and possible value capture). These studies could assess soil conditions through test borings both along Trade St. and the North End option which includes elevated sections. As such, we encourage the MTC to carry two downtown routing options for the Silver Line into the next phase of engineering work before making a final decision on a preferred downtown alternative.

Regardless of what decision you make we strongly urge you to allocate funds to do the engineering now rather than waiting because we desperately need to complete this plan."