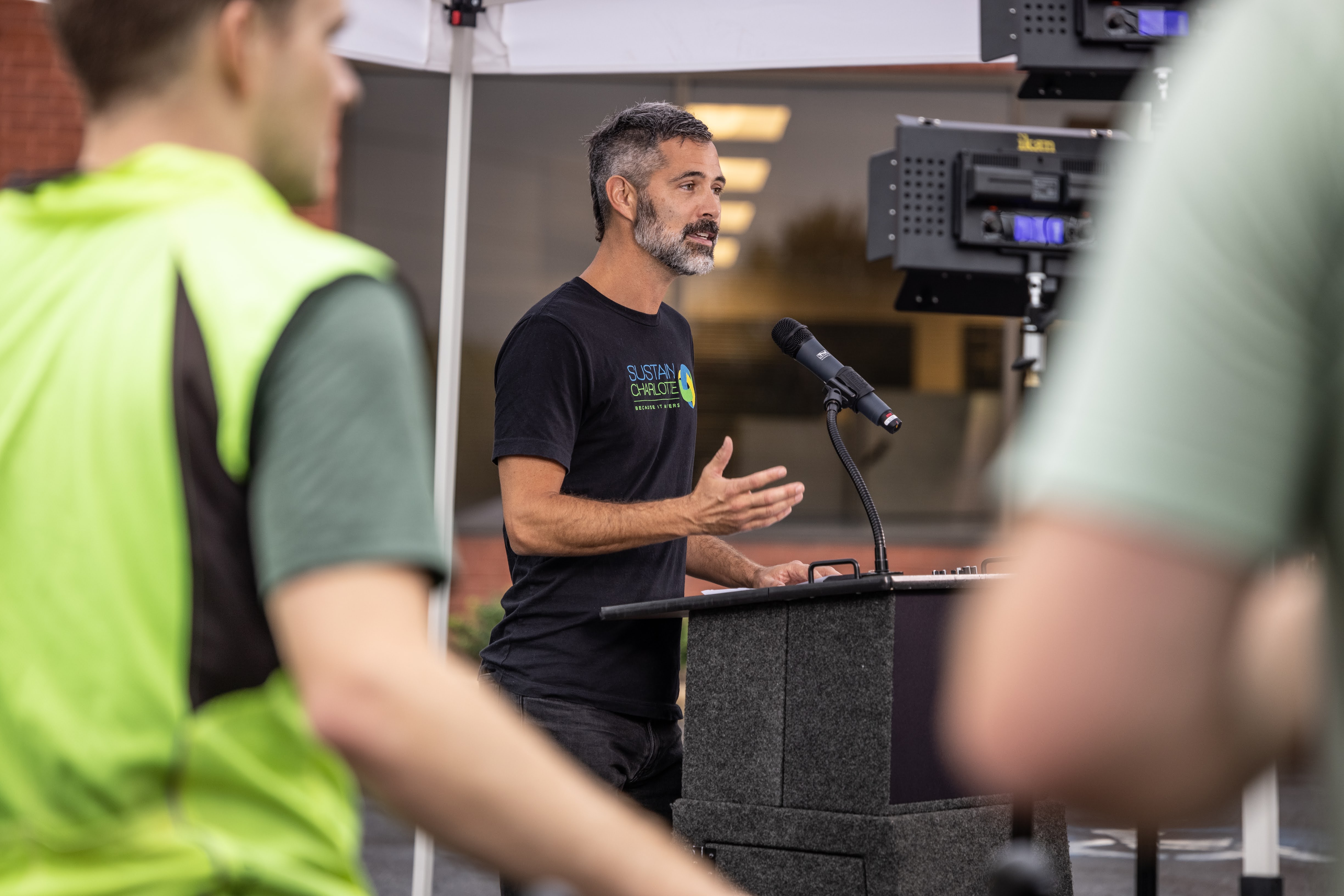 You can listen to the full interview here.

Here are some highlights from the conversation.

On the Charlotte region's growth and how sustainability fits in: "For (Sustain Charlotte), sustainability is about the three E's: equity, economy, and environment. And we really believe that shaping the land-use pattern — how we grow — and what types of transportation is made possible and available to residents has the greatest impact on our sustainability. It's going to allow us to become a more equitable city if we do it the right way. We're going to have less climate pollution, less air pollution, less water pollution. I think the good news is there is a way to grow that is better for people, better for equity, better for the economy in the long term, better for the environment, particularly climate change."

On transportation choices: "We're equally focused on making the city more walkable, bikeable, and transit-friendly. But in order for any of those modes to work ... the ways you grow have to be compatible with those modes. If you continue to spread out into low-density suburbs, it's really hard to get around without a car."

On advocating and working with residents, local governments, and elected officials: "It's just a matter of amplifying the public voice. A lot of times, people are just busy. They have no idea how to go about getting a sidewalk or a bike lane or a better bus stop in their neighborhood, but we know how to do that. We know what the process is, so a lot of times we're playing that role of connecting them to the right people at the city to have their voice heard."

Charlotte's greatest growth challenge: "I think it's the inertia — the fact that for so many decades, we have grown in this low-density, auto-oriented manner. That's what people are used to, right? It's a lot harder to fix a city once it's been built out in a certain way, so we have a lot of people who live far from the places they want to go, whether it be uptown or even to the grocery store in their neighborhood. And the street network has been designed so that really the only way they can get to those places is in a car. So, a lot of times there is a conflict when we say, 'Hey, we want to reallocate some of this existing road space to other modes — for people who would like to walk or bike.' ... I think, similarly, the way we change the land-use pattern and have less of that auto-oriented suburban sprawl is we have to redevelop more densely in our existing footprint... If we don't do that, we just continue to spread out further and further across the landscape, making all these other climate-friendly, more affordable modes of transportation very difficult." 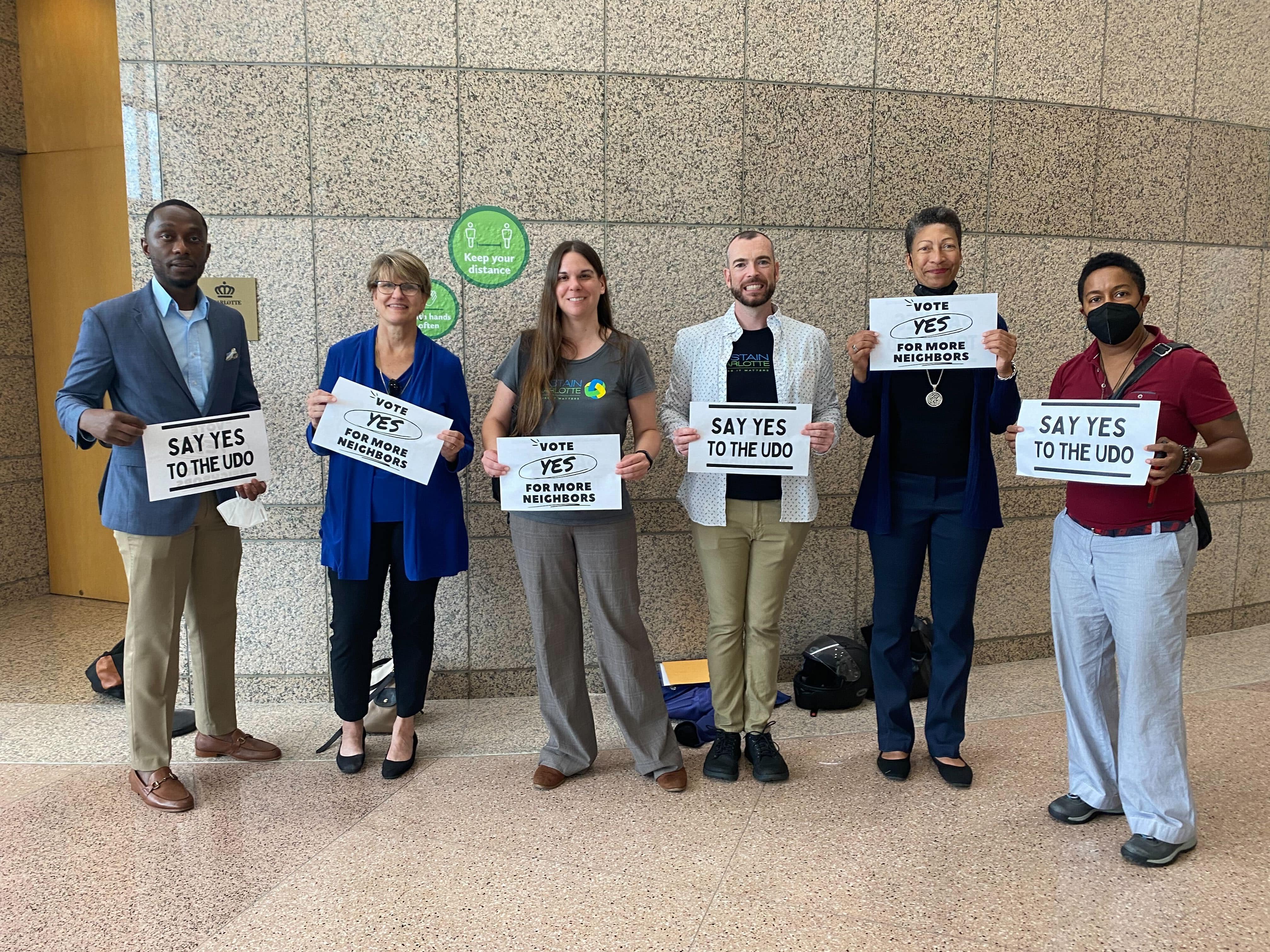 Why that idea of "housing for all" matters: "Providing choices is really what it comes down to. And ideally, we create these diverse neighborhoods with a whole range of housing from the single-family home to the apartment and the duplexes and triplexes and condominiums in between, so no matter where you are in life or no matter your income, everybody can live in the same neighborhood."

Another benefit of riding your bike: "For me, biking is really about freedom and being more in touch with the natural world and seeing things you just don't see in a car."

To give an example, Shannon talked about how the No. 1 source of climate pollution in the U.S. comes from transportation.

"It's not possible for everyone to stop driving. We understand that; that's not the way we built our country," Shannon said. "But there may be opportunities, even where the infrastructure isn't where it needs to be, where you can make one less trip in your car. If you have never tried to walk or bike to the post office or to work or to your child's school, even if you reduce just one vehicle trip a day, you can help dramatically reduce the impact to the climate." 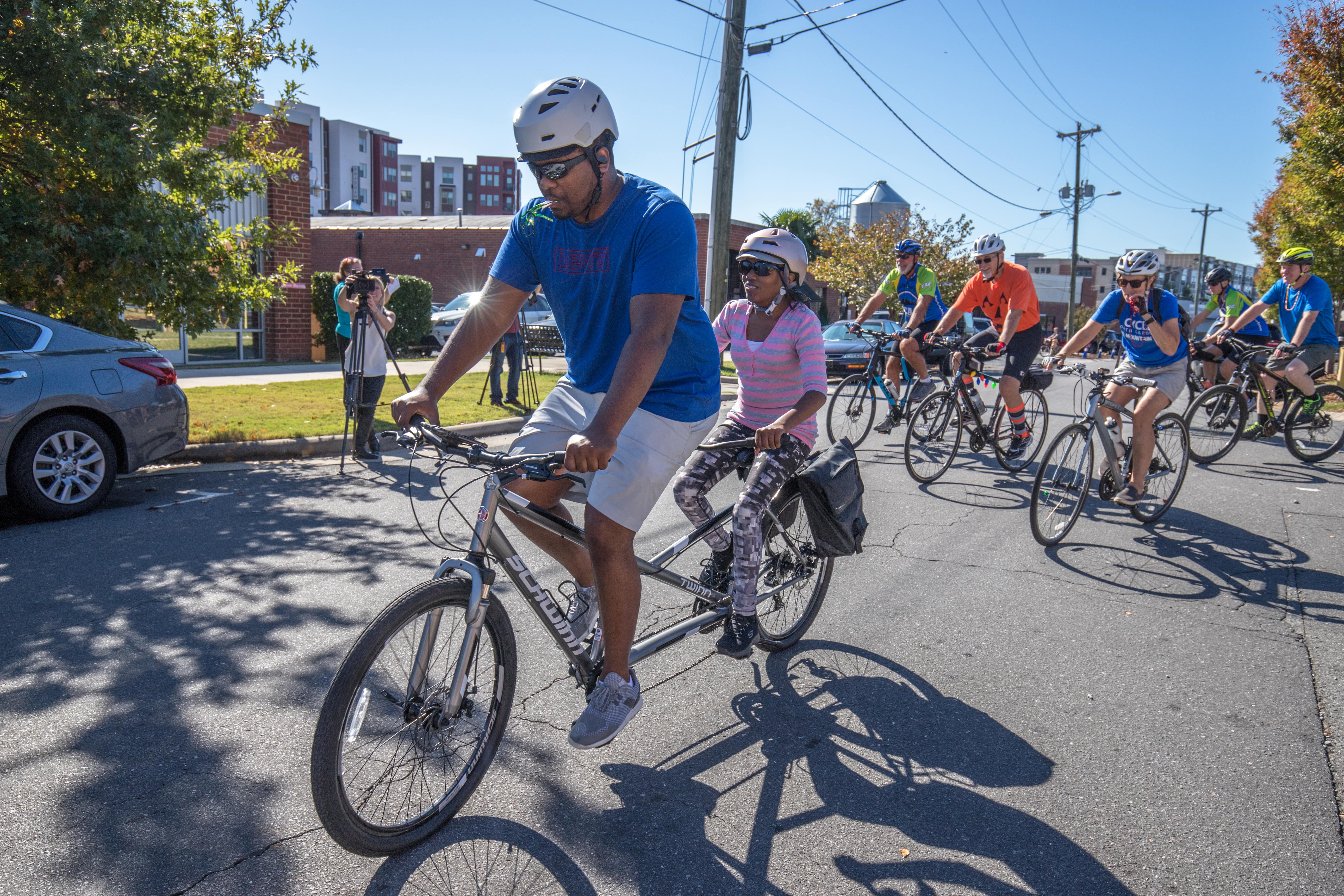 Sustain Charlotte's Biketoberfest will return for the eighth year in a row on Oct. 30, 2022. Photo: Grant Baldwin Photography)

Upcoming opportunities: Shannon also talked about one of Sustain Charlotte's biggest annual events: our upcoming Biketoberfest on Oct. 30. It's a great way to explore North Carolina's largest city by bike or foot with hundreds of other people. This family-friendly, scavenger-hunt-style event for people of all ages and abilities is not only an important fundraiser for Sustain Charlotte but a great way to support local businesses and just have fun.

Here's what Shannon said about why we started Biketoberfest eight years ago — and what attendees get out of it: "People do meet people along the route, and definitely they discover greenways and parks and businesses that they'd never been to. That's what we try to do each year. We move the route around a little: Can we show people something they didn't know existed? ... People love that. They love getting to see their city that's really right beneath their nose. But until they were invited to do it this way — on a bike or on foot — they just kind of go through their normal routines and never see these things."

Haven't snagged a ticket yet? Sign up now at biketoberfestclt.org.