Last week our executive director Shannon Binns and program director Meg Fencil traveled to Philadelphia to attend the Knight Foundation Public Spaces Forum along with more than a dozen Charlotteans. We explored how parks, sidewalks, streets, and even libraries can be transformed into vibrant community spaces.

After arriving at the airport, we hopped on the train for a short ride that took us within a block of our hotel. 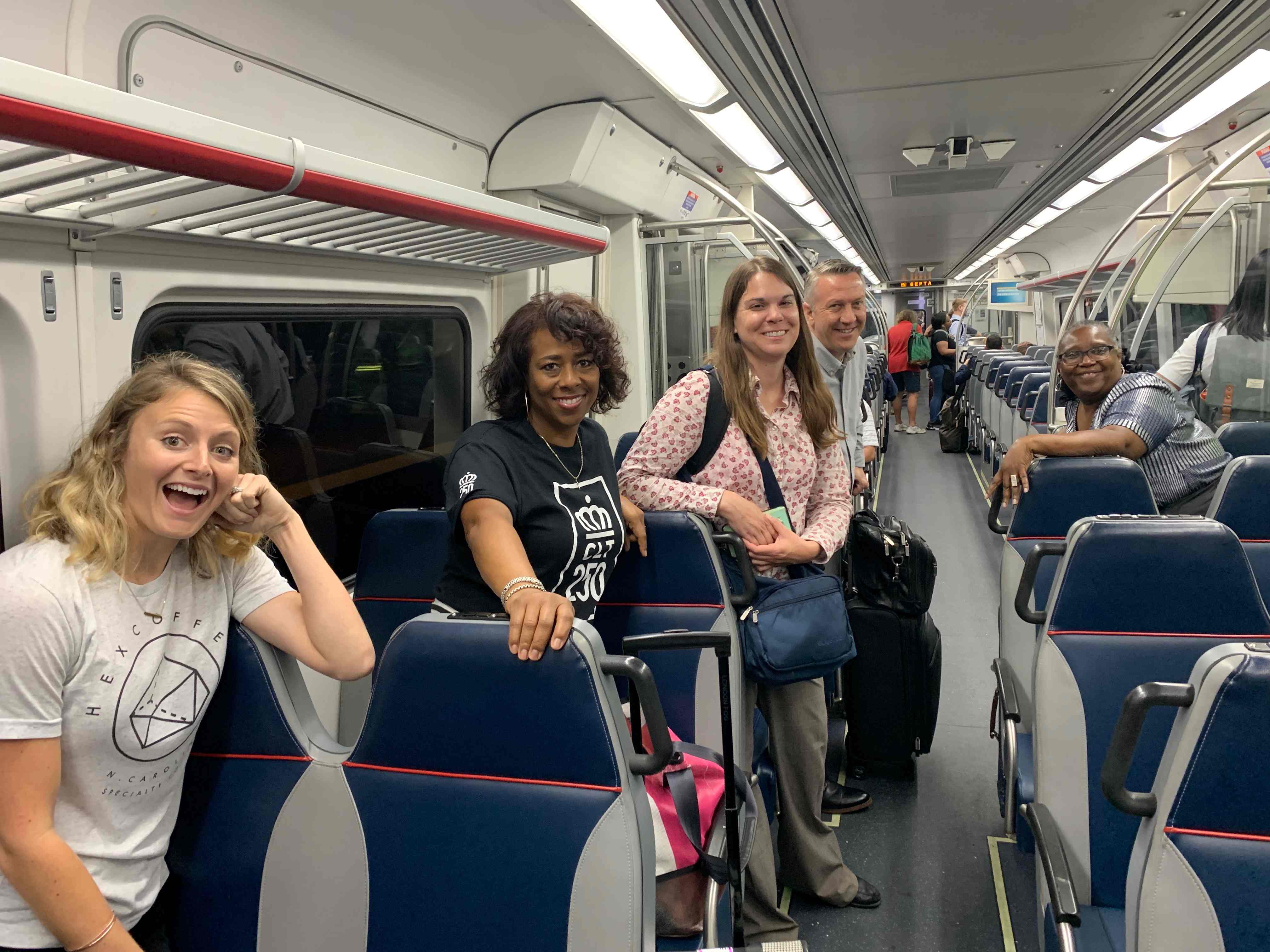 We loved the convenience of the train from the airport right to downtown!

Within an hour of arriving, we'd hunted down the most unbelievably delicious cheesesteaks (we were in Philly, after all!) at the Reading Terminal Market, one of the nation's oldest and largest public markets. Aisle after aisle revealed delicious food, fresh produce, artisan products, and even a place to drop off uneaten food so local pigs could chow down on it.

The market's general manager Anuj Gupta, one of seven 2019 Knight Foundation Public Spaces Fellows, shared a key to the market's tremendous success: The great majority of market passengers arrive on foot or by public transit!

Philadelphia was largely planned and built before cars were invented. That resulted in compact, walkable streets where transit works well. But what can sprawling, auto-oriented Charlotte learn from this? Philadelphia's population is expected to grow much more modestly in the coming decades than Charlotte's. This means Charlotte has a tremendous opportunity to re-imagine and re-develop many of our public spaces to better serve all people rather than just people in cars. We can start by investing more in parks and greenways, bike and pedestrian infrastructure on new and existing streets, and expansion of our inadequate public transit network through the refreshed 2030 Transit Plan.

The Free Library of Philadelphia, chartered in 1891, strives to be accessible to all residents. The main library sits in the heart of downtown and is easily reached without a car. As Charlotte grows, we should ensure that all new community amenities, but especially those funded by tax dollars, are easy to reach. 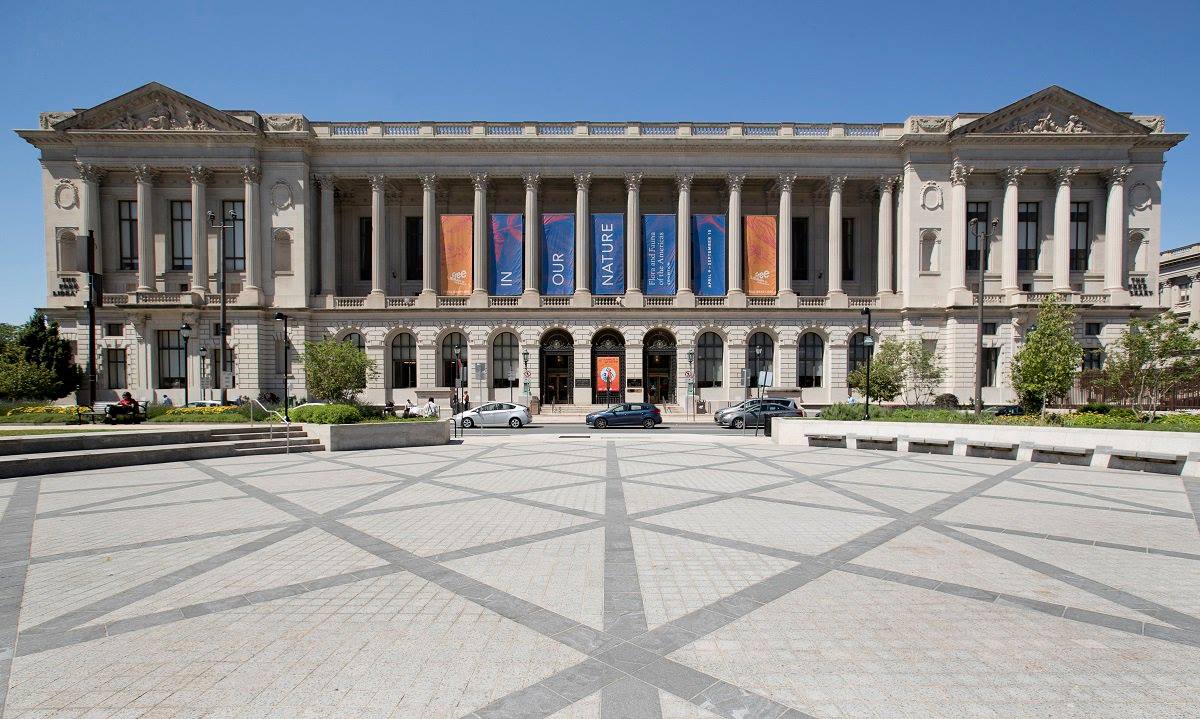 What happens when our public spaces are privatized?

During an afternoon walking tour, we explored public spaces and discussed what makes them great. Meg noted interesting similarities and contrasts between two parks that are just across the street from each other: Dilworth Park and the John F. Kennedy Plaza, more commonly known as Love Park. 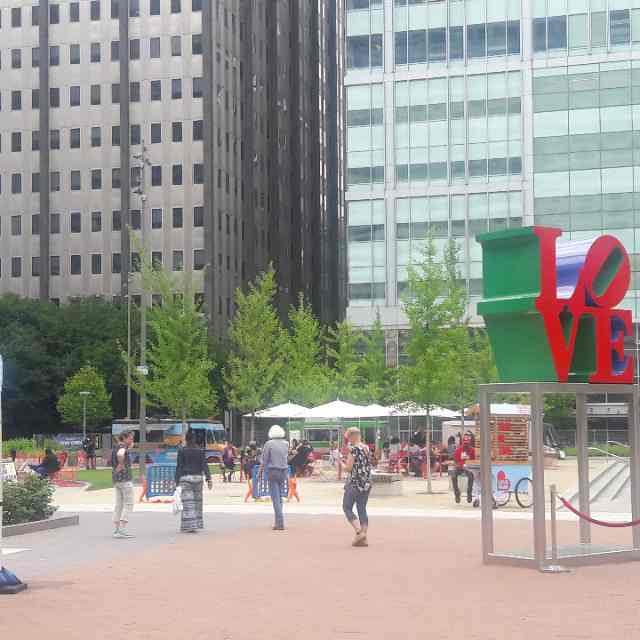 Love Park features a fountain, a games cart that anyone can borrow from, public lounge chairs, ping pong tables, and of course, the iconic LOVE sculpture. 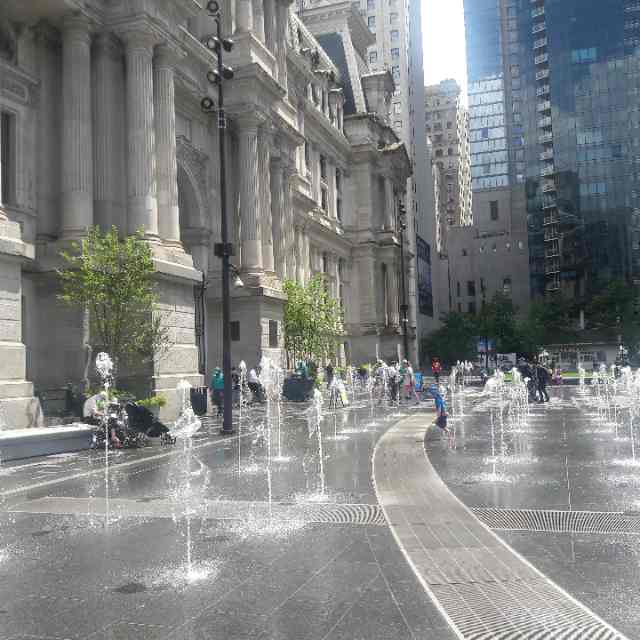 Dilworth Park has an even more elaborate fountain, structured green space, and a flexible arrangement that can be easily modified to host events, concerts, and even an ice skating rink on top of the fountain in winter.

While both of these parks are beautiful and being actively used, they have quite a different feel. Our tour guide shared that Love Park is fully publicly owned and managed, while Dilworth is privately managed by a company that has a 30-year lease on the property. That means the management of Dilworth can determine what uses are appropriate.

While that may not sound like a big deal, Dilworth Park sits right in front of Philadelphia's City Hall. Yet protests are no longer allowed at the park without a permit, which in the prior 30+ years had been a site for political demonstrations. A Starbucks sits at the end of the park. When it was built, many Philadelphians expressed concerns about public space being lost to commercially profitably activity.

We need to preserve the public's right to gather and participate in democracy here in Charlotte's parks, too. Marshall Park has historically been the site of demonstrations and protests. Its location close to the Charlotte Mecklenburg Government Center makes it a valuable cornerstone of our democracy. As Second Ward redevelops, let's not lose the right to assemble peacefully in our urban areas.

In an area as rapidly growing as Charlotte, both fully public and privately managed public parks will be needed to meet the recreational needs of our community. We just need to understand the difference between them so we can make informed decisions about when it's appropriate to turn over public space to private sector management.

The best public spaces have the right mix of planning and organic activity.

The second day of the forum concluded with a reception at Philly's gorgeous Cherry Street Pier. This privately managed public space fosters connection, community and creativity on the Delaware River waterfront. It's a repurposed historic pier that has been well planned and programmed. But there's also enough literal and figurative "open space" to allow spontaneous fun and interactions to emerge. We saw families and groups of friends eating from food trucks, gazing out over the river as the previous night's flood debris drifted by, perusing the public art, and playing board games.

Communities are inherently powerful. They don't need power bestowed on them from outside. Yet there are times when groups should work together to achieve results more efficiently and impactfully. A mutually beneficial partnership is one in which two or more groups are working with each other, not one group working on behalf of another.

We're so grateful to the Knight Foundation for bringing us to Philadelphia. Not only did we learn about best practices and examples from across the country. We also connected with amazing people doing impactful work in our own city, and started making plans to work more closely to support awesome public spaces in Charlotte. 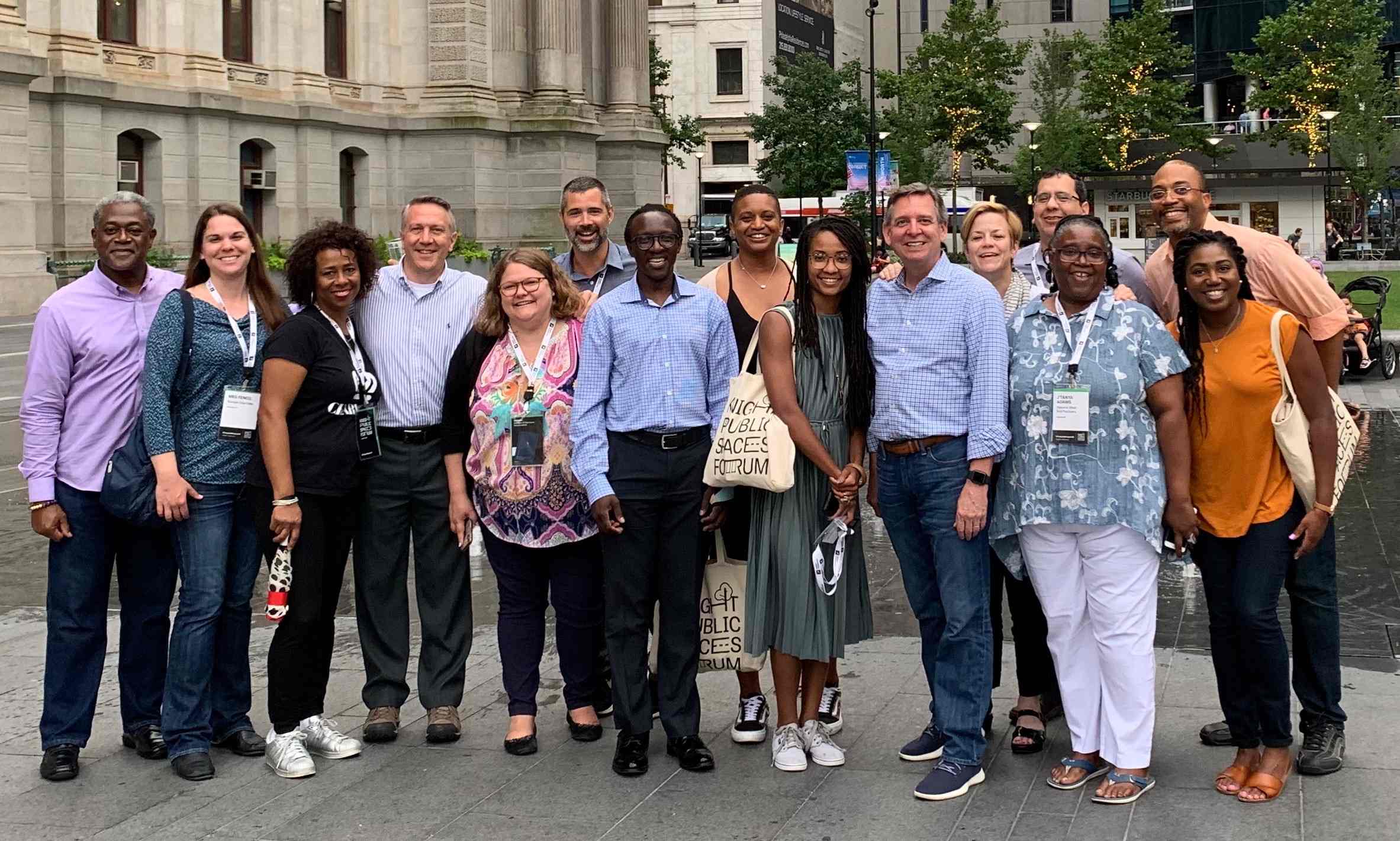 What a group of visionaries and transformers!