When the national bike advocacy organization People For Bikes rated more than 480 U.S. cities for bike-friendliness this year, Charlotte received a less than stellar report card: 1.3 out of a possible 5 stars.

There's clearly a lot of work to be done. But we're optimistic! 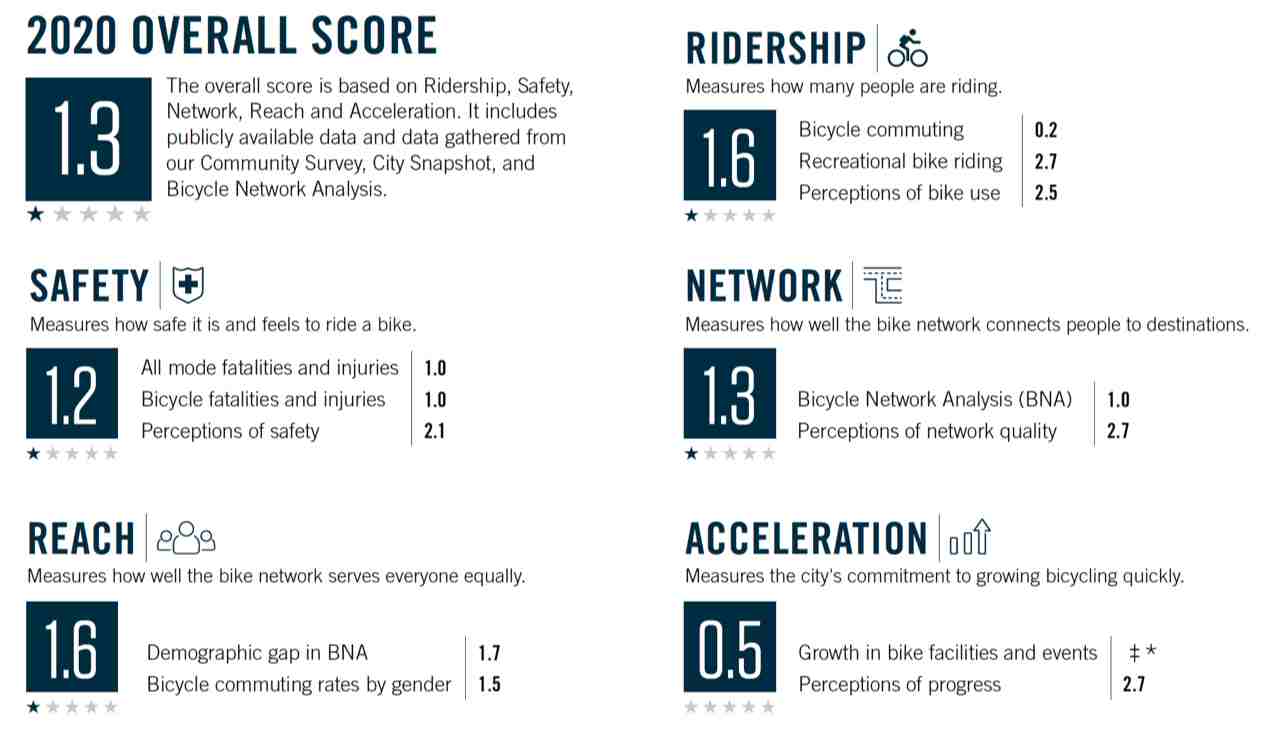 The ranking puts us pretty far back in the pack: 435 out of the 466 U.S. cities that were ranked.

Ridership, which is a measure of how many people are riding bikes, was scored 1.6/5 stars.

Charlotte received 1.2/5 stars for bicycling safety, which includes both perceived and real safety of riding. The City's Vision Zero program is working towards eliminating traffic fatalities and serious injuries by 2030. We're proud to serve on the task force because this must be a community-wide effort. We know that achieving the goal will require a consistent commitment to equity-based engineering/infrastructure, education, enforcement, and encouragement.

Not all parts of Charlotte are equally well connected for comfortable cycling. Here's the Bicycle Network Analysis (BNA) from People For Bikes' 2020 report on Charlotte: 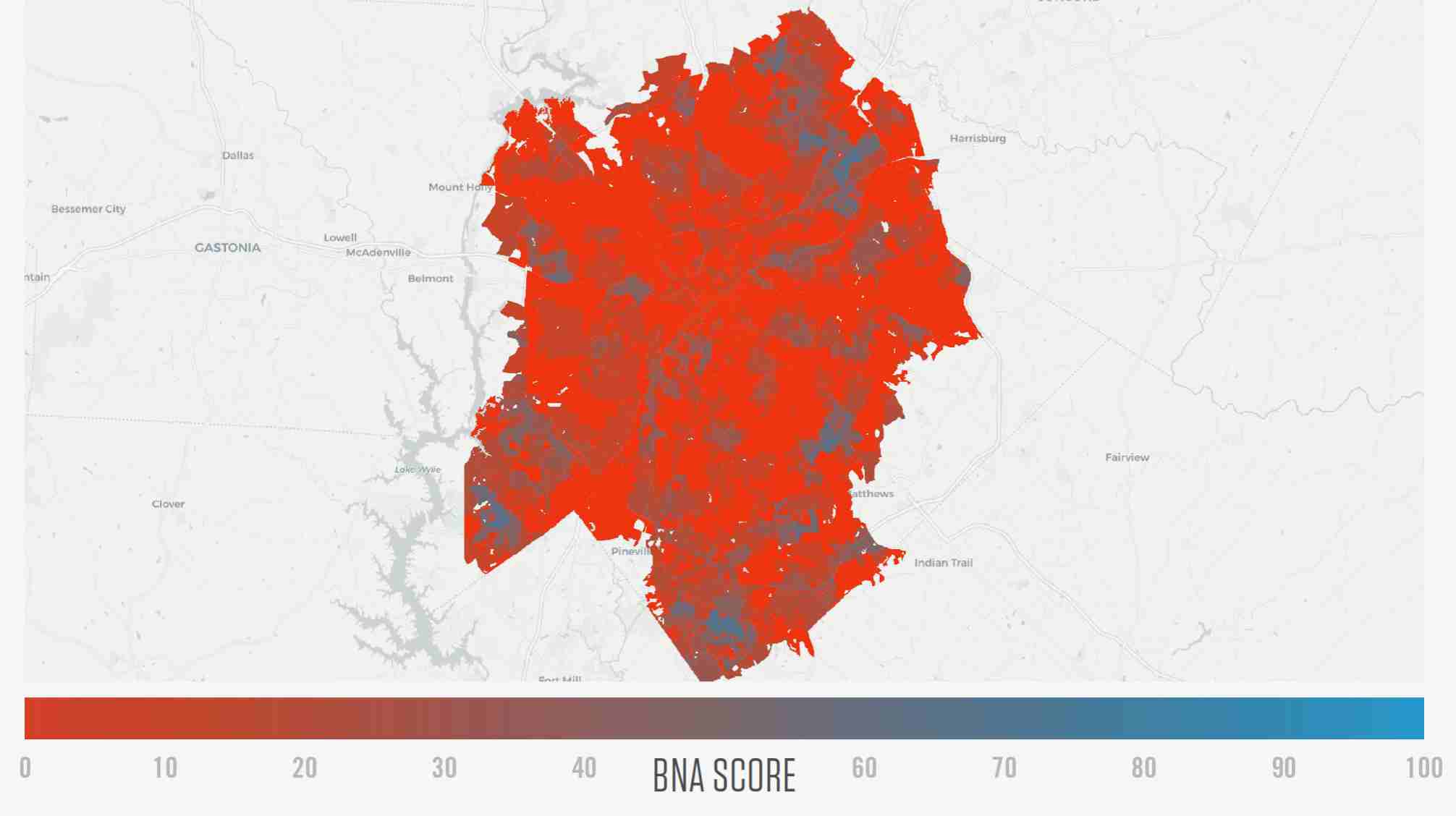 Acceleration is a measure of the city's commitment to growing bicycling quickly. We received 0.5/5 stars, although it appears that People For Bikes did not have the full information from the Charlotte Dept of Transportation. Here's a comment from our Executive Director, Shannon Binns:

In the past twelve months, Charlotte has made major progress with the addition of protected bike lanes on long stretches of both The Plaza and on 6th Street Uptown.  They also publicly unveiled a new plan for an "all ages and abilities" network for Uptown at our virtual Shifting Gears event two weeks ago.  Unfortunately, it appears that PeopleForBikes did not have this information when they completed their analysis and our "acceleration" score is much lower than it should be.  At the same time, our bicycle network today does not connect to very many destinations, does not reach everyone equally, does not feel safe to most people, and non-recreational bicycle ridership is extremely low.  Our score reflects these realities.  The City now has some solid plans in place to make our streets safer for cycling, and if we can turn those plans into reality quickly, our score will improve.  This will require continued pressure from residents and continued commitment by City Council Members and city staff to prioritize bicycle safety over moving and parking cars.

Learn more about Charlotte's ranking in this Charlotte Five article.