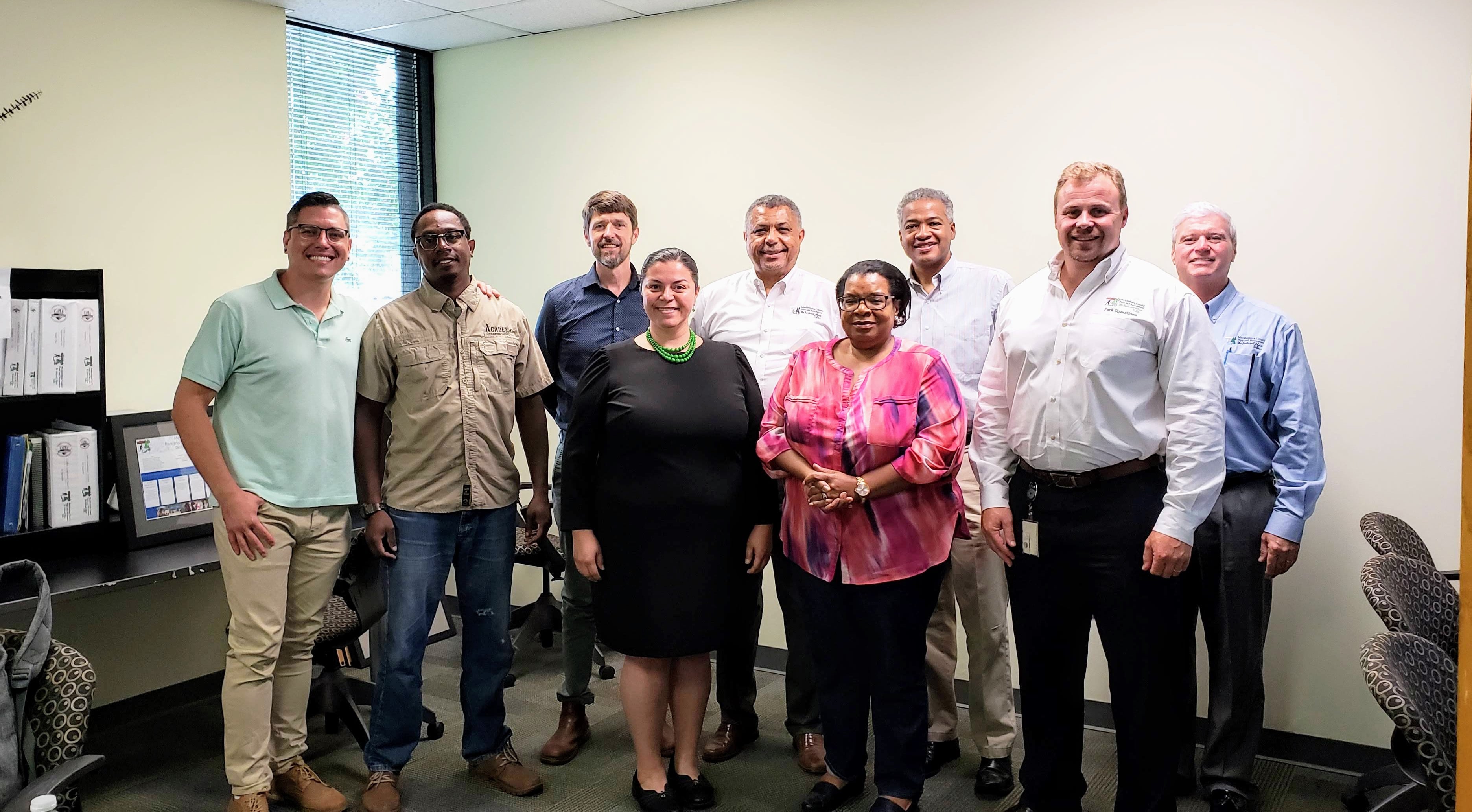 
Sustain Charlotte has been working with the North End Community Coalition (NECC) to improve access to greenspace, calm traffic and make the community more walkable and bikeable while also advocating for improvements to the bus system. This area spans several neighborhoods, including Druid Hills, Greenville, Graham Heights, The Park at Oaklawn, Genesis Park, Lockwood, J.T. Williams and Brightwalk at Historic Double Oaks.

At the meeting with Park and Rec staff, neighborhood leaders shared their concerns about several projects in the North End: 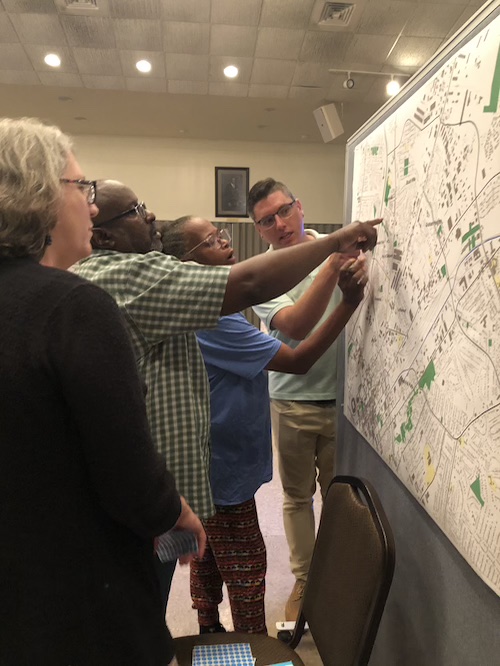 
The Double Oaks Neighborhood Park is currently an underutilized park in the North End community. The park sits atop an old landfill site. Residents recognize that this places some limits on what can be done with the park such as building structures on site. The site does, however, present opportunities such as wide open green space for walking and playing. At the moment, there is no signage indicating that the site is a Park and Rec facility. Residents asked Park and Rec to update the website for the park and add official signage to make it more welcoming to the public, both of which Park and Rec will do. In response to requests from the community, Park and Rec will spend the next 3 months envisioning what all can be done with the space and gathering community input. Residents are advocating for basic trails on the site to encourage more walking in the area. They are excited to see what this site can become! 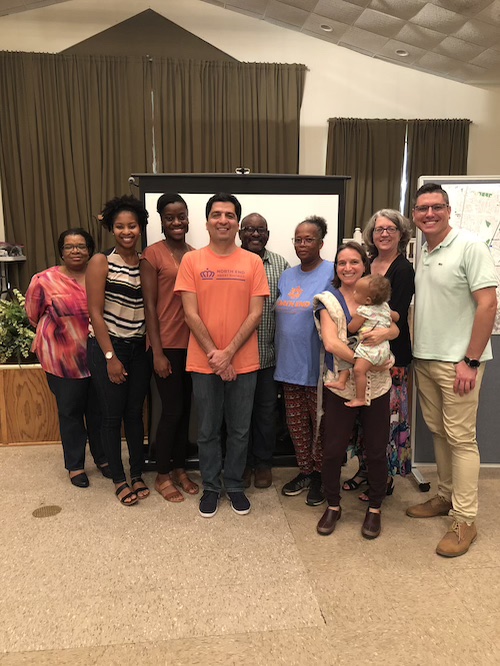 
The Druid Hills Neighborhood Park is cut in half by Rodey Ave. Residents have long advocated for closing down this section of the street. The layout means that kids who want to go from playing basketball to using the playground have to cross the street. Neighbors report that drivers often speed through the park making it dangerous for all park-goers.  The master plan for the park includes closing off this section of the road.

At our meeting with Park and Rec, we were informed that this section of Rodey Ave will be closed this coming spring. This is sooner than expected and very exciting news for the North End Community.  The park will be entirely revamped with community input sessions most likely to occur this winter. 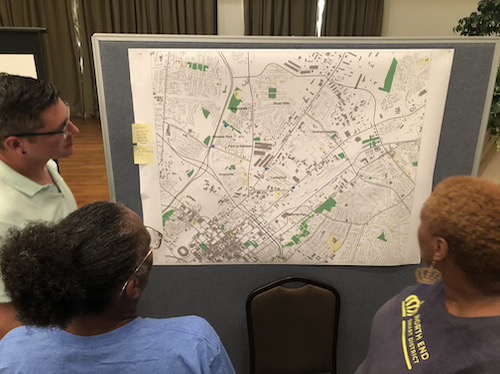 We are excited to have recently received a grant from AARP to help connect the neighborhoods of Charlotte’s North End with signage. North End has the lowest street connectivity index and sidewalk availability for areas surrounding Uptown Charlotte. Gaps in the sidewalk network and lack of crosswalks put people in danger and prevent them from walking and biking.

At NECC's most recent quarterly community meeting, we discussed with residents where signage should be placed, and what locations the signs should direct people to. Residents shared their thoughts with one another and marked down locations on a map of the North End community.

We are excited to work together to get these signs on the ground and increase connectivity and walkability in the North End community!
Do you like this post?
Tweet