It's time for a new bus network and regional transit plan.

That was the message Charlotte Area Transit System (CATS) CEO John Lewis Jr. shared with the Metropolitan Transit Commission (MTC) at their May 2016 meeting.

Each MTC member received a printed copy of a recent Charlotte Observer op-ed by Transit Center author Jacob Anbinder that called attention to Charlotte's poor ranking --26th among 32 large U.S. cities-- for transit quality. The article is based on a publicly accessible interactive online tool called AllTransit, developed by the Center for Neighborhood Technology with support from Transit Center. 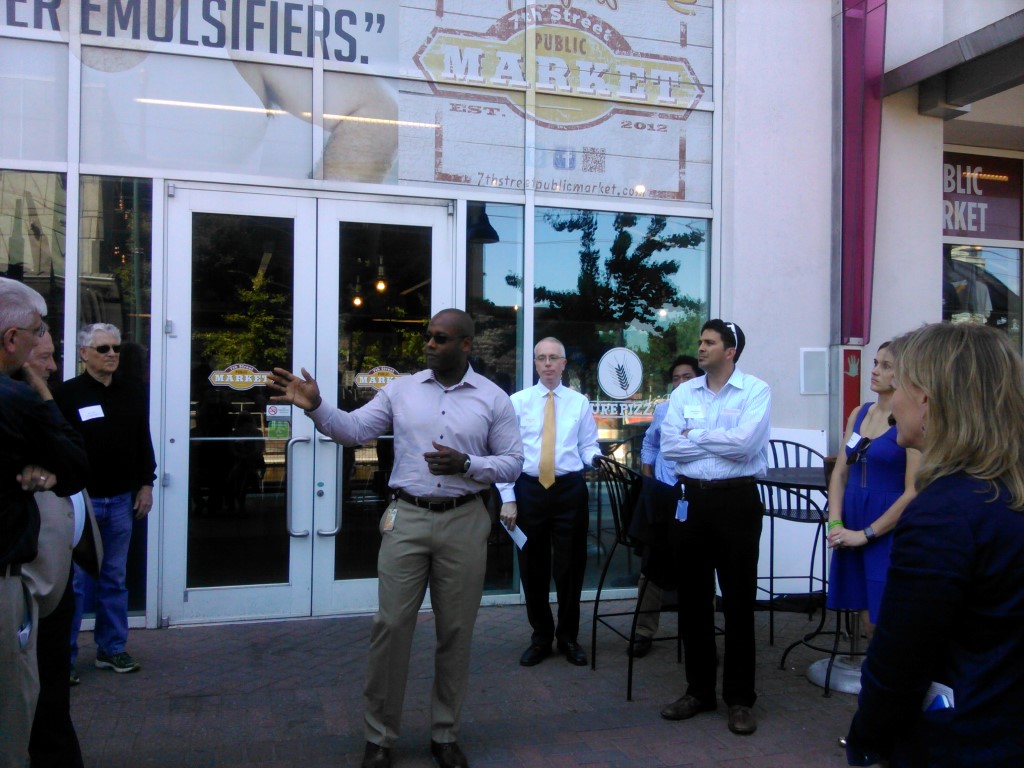 Why did Charlotte score so poorly?

Well, the good news is that two-thirds of Charlotteans live within a half mile of a transit stop. The bad news is that most of those bus lines just don't run frequently enough for them to be convenient transportation choices. If you've ever missed the bus by a minute or two and then had to wait an hour or more for the next one, or taken the bus to grab a few groceries and had a long wait in the sun to return home, you know what we mean! Only 8 percent of Charlotteans live within a half mile of either the light rail or streetcar, or a bus line that runs frequently. Convenience and reliability are critical elements of a modern transit system.

"The demographics and needs of our community have changed so much over the past 10 years," said Lewis. "Taking a fresh look at the way we provide bus service will result in a service that's not only more efficient, but also more effective for our users." Although there were no action items on the meeting agenda, Lewis indicated that he will be asking for action on this issue soon. He wants CATS and the MTC to study and re-design the bus network "from scratch" if that is determined to be the most effective approach.

It's not as scary an idea as it might sound! Last year, Houston completed an overhaul of its bus network. It's now far more efficient and serves more customers with barely any additional cost to taxpayers.

MTC Chair and Mecklenburg County Commissioner Trevor Fuller echoed Lewis' sentiment. "It's a tremendous opportunity for us to do this examination. It would give us an opportunity to address the need for economic opportunity."

Lewis also called for an update to the 2030 Transit Corridor System Plan. A lot has changed in our region since the MTC adopted this plan in 2006! The future Silver Line alignment has been narrowed down to four possible options, and it will be light rail rather than bus rapid transit. The future Red Line commuter rail project is currently in limbo until a track sharing agreement with Norfolk Southern or an alternative (but far more costly) alignment can be determined. Lewis also pointed out that the MTC should take into account all the new development planned for the area west of the airport. The current plan shows only Enhanced Sprinter bus service to the airport, but this would be a great opportunity to extend rail to the area, perhaps as a westward continuation of or connection to the future Silver Line.

As Lewis and several MTC members emphasized, Charlotte needs to think and act more regionally in its transportation planning. He and other area leaders recently visited Denver to learn how and why that region is investing in adding more than 100 mile of commuter and light rail between 2004 and 2018. The insights gathered during that visit are spurring conversations among transportation and land use planners, elected officials, and business leaders.

Admittedly, Charlotte is facing some tough transit challenges. Unlike Colorado where Denver is the main metropolitan area for the state, North Carolina has several large metro areas vying for limited state funding. We have a state DOT that prioritizes building sprawl-inducing highways with little funding or consideration for other modes of transportation. And our state legislature hasn't been very friendly to transit recently, imposing a ridiculous $500,000 cap on state funding for light rail projects -- at least through the current round of funding prioritization. 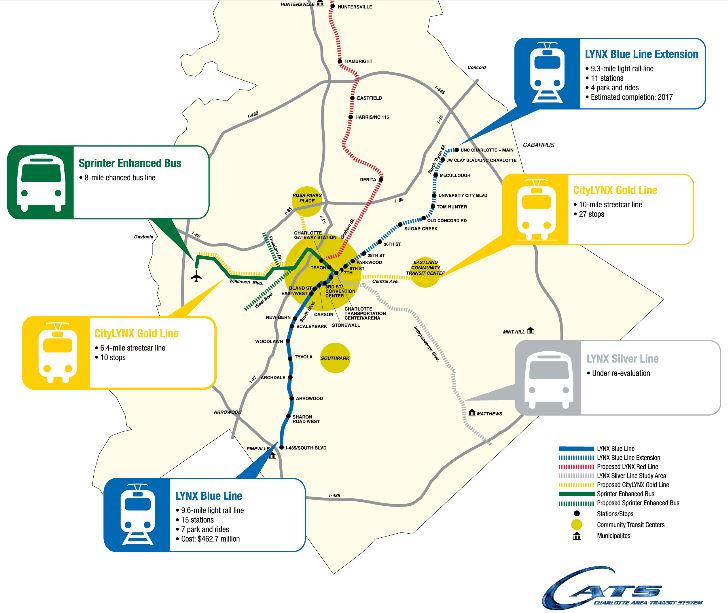 The challenges are real, but we have a strong transit leader at the helm. Let's do this!

Sustain Charlotte is thrilled to see Mr. Lewis leading CATS and the future of Charlotte transit towards an aspirational, yet very achievable, standard of excellence! He approached Charlotte's poor ranking in the AllTransit assessment as constructive criticism and immediately began identifying solutions that have been proven effective in other cities.

We look forward to supporting the process of updating both the bus network and the regional transportation plan!