Just like Charlotte, our organization is growing. Since September we’ve added two new staff to the Sustain Charlotte team, and we want to take a moment to introduce them to you. 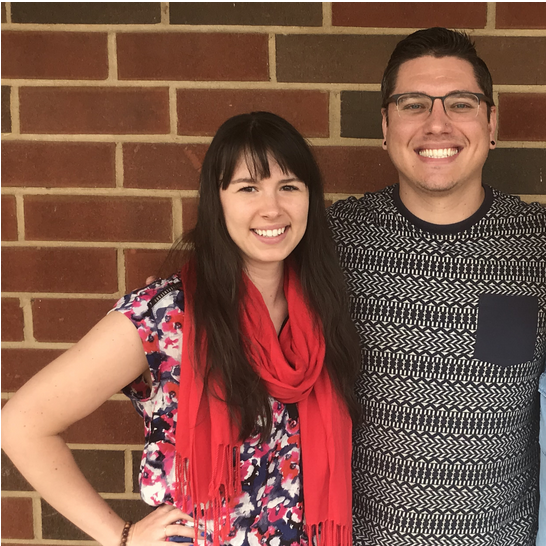 Michael works to educate and empower the community through our programs. Prior to his work with Sustain Charlotte, Michael was a Field Organizer with Greenpeace working on a variety of renewable energy projects in Charlotte. He is a former CMS teacher having taught World History and African-American History at Garinger High School. Michael is an active participant in the community who is involved in a variety of issues to help improve quality of life in Charlotte. Michael holds a B.A. in Political Science and Religion from Wake Forest University. Michael is an avid gamer who organizes video game and board game events through POTIONS & PIXELS.

Jennifer works to market Sustain Charlotte’s mission and promote our events, as well as engage members and volunteers. Before joining Sustain Charlotte she worked for WakeUP Wake County, a smart growth organization in the Triangle, where she was part of the team that successfully passed the first voter referendum for public transit in Wake County. She has a B.S. in Marine Biology from UNC Wilmington and got her Master’s degree in Marine Affairs and Policy at the University of Miami. Jennifer loves all things Disney and completed her first half-marathon at Walt Disney World in 2017.

These two are already bringing creative ideas to the office and making an impact in our community. Next time you’re at a Sustain Charlotte event, stop by and say hello!