How is CATS protecting transit operators and planning for a changing budget?

Public transit is an essential service that connects people to jobs, food, medical care, and other services. Since the pandemic began, CATS' staff leadership and governing board have been working to adjust their service and budget to ensure that drivers and passengers are protected, and that transportation needs are met -- now and in the future.

The Metropolitan Transit Commission (MTC) held its April 22 meeting virtually via the Webex platform due to the stay at home order. We were glad to see how easy it was for us to view the meeting live, and we thank the MTC for ensuring that public participation in their meetings is still being offered as they moved to a virtual format. You can view the meeting agenda package here. 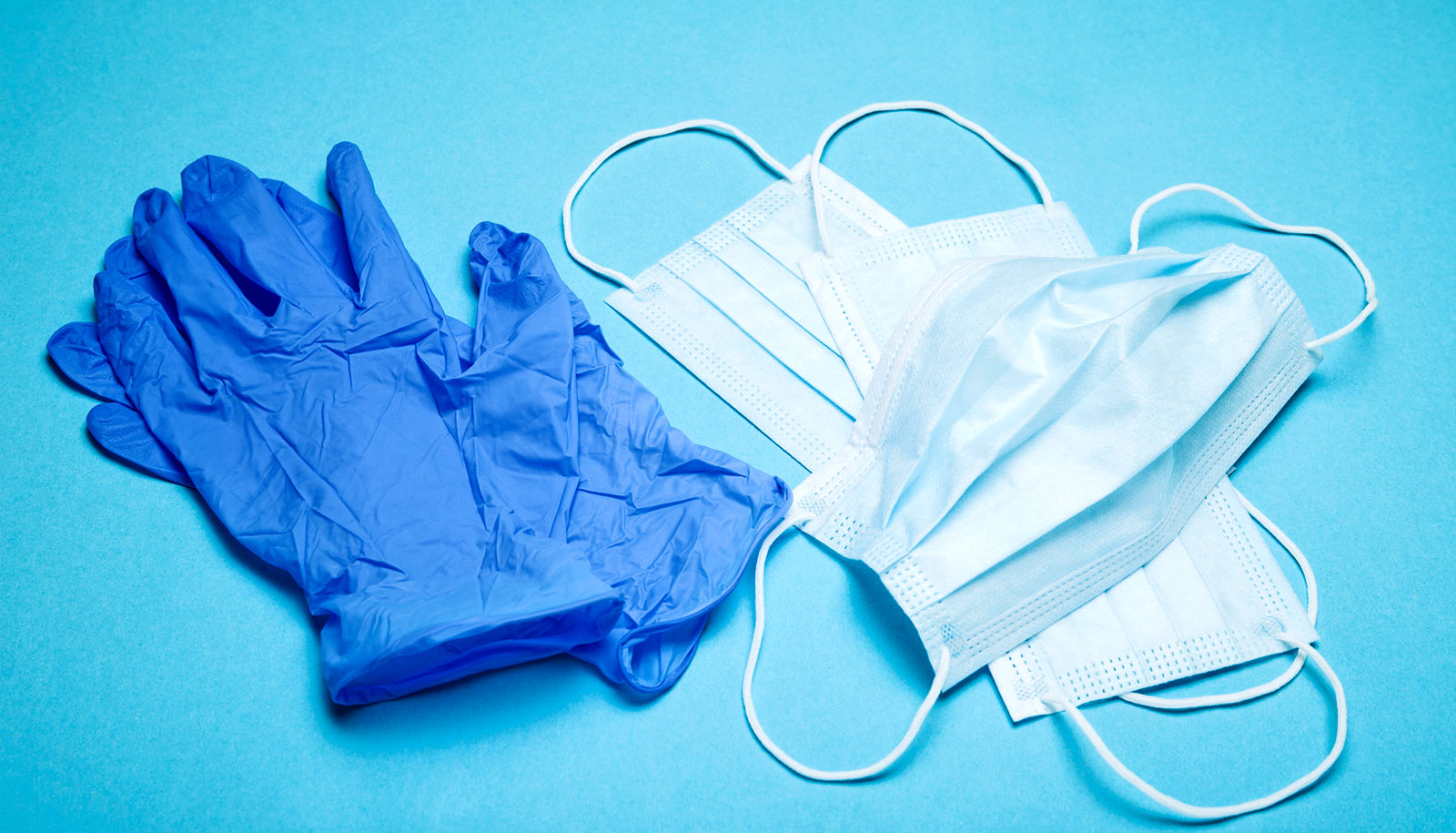 Buses and light rail are running on limited-service guidelines, although CATS has added additional Blue Line trips to prevent crowding during peak hours. No more than 20 people can ride a single bus at any one time. Social distancing is practiced on buses with markings to show where passengers can sit and stand. To reduce physical interaction between operators and riders, CATS has temporarily made all service fare-free. Riders can enter and exit through the back door of the vehicles only.

Bus operators began by working on staggered scheduling with one week on followed by one week off. However, as some buses began to become full (now that they're limited to 20 passengers), some operators who had begun working staggered schedules were called in to provide additional service so that passengers waiting for buses would not be left behind at their stops.

At the time of the meeting, Mr. Lewis reported that CATS had a supply of 10,000 surgical masks. With approximately 1,100 front-line staff including drivers, maintenance and cleaning staff, and customer service representatives, they've been able to give out one mask per week to each staff person, although broken or damaged masks will be replaced. It is expected that it will become easier for CATS to order more masks in the coming weeks as the supply chain improves.

The city is implementing hazard pay in the form of a 5% premium added to regular pay for front-line staff including transit operators, customer service, maintenance, supervisors, and people interacting with the public. Hazard pay is retroactive to when the stay at home order began.

Sustain Charlotte joined dozens of other transit advocates across the country in successfully advocating for the CARES Act, passed in response to COVID-19, to allocate approximately $57 Million in funding to help CATS cover the costs of operations and lost revenue due to COVID-19. This funding will allow CATS to buy PPE, cover personnel for administrative leave because of reduced service, and assist with capital costs from COVID-19 response efforts. CATS is also planning for the capital cost of retrofitting buses with shields to protect bus drivers from exposure to riders.

Sustain Charlotte also issued a press release on April 23rd about our role in joining a national advocacy alliance calling asking the federal government to commit to providing better PPE and protections for transit workers. The good news is that together with other transit advocates, we have made incredible progress and the CDC is preparing to issue detailed guidance for transit agencies to keep workers and riders safe. Given the national shortages of PPE and knowing that operators need the best possible PPE available, we will continue to advocate for the health and safety of all who operate and use transit.

Budgeting for resilience and a shift to cleaner bus technology

A good portion of the meeting was spent discussing and then unanimously approving CATS’ budgets. These budgets include the FY2021 Transit Operating Budget, the FY2021 Transit Debt Service Budget, and the FY2021-2025 Transit Capital Investment Plan (CIP).

Highlights of the Operating Budget include the opening of Phase II of the LYNX Gold Line streetcar and increases in operating expenses. The additional operations expenses include necessary training and ADA (Americans with Disabilities Act) evaluations, more staff for operations and administration, and support for fareboxes and ticket vending machines (TVMs).

The Capital Budget has several highlights including: 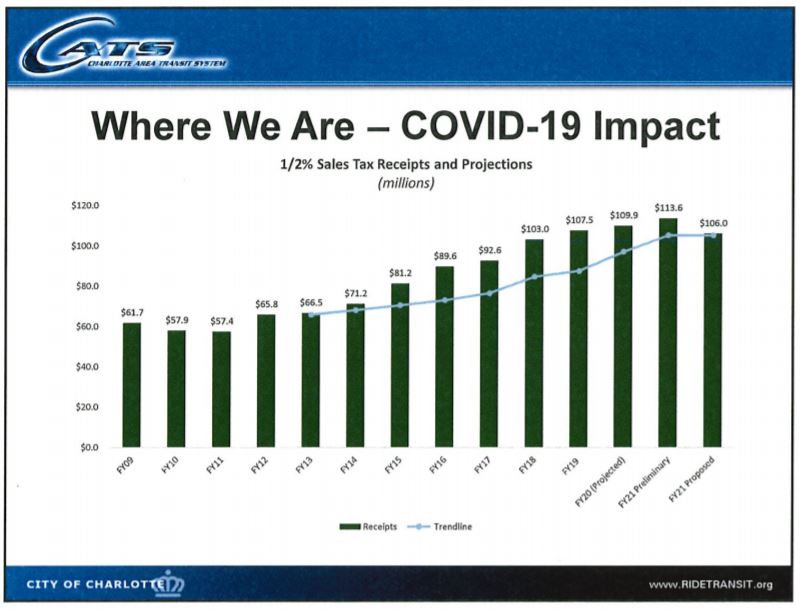 It will be critical for CATS and the MTC to budget carefully in a way that is responsive to the rapidly changing COVID-19 situation and the uncertain economic future. This is important not only to continue to provide the high level of service that riders need, but also to pay for future operating and capital expenses.

CATS is moving towards battery-electric buses!

CEO John Lewis was asked what types of buses are being purchased with funding from this budget. He replied that CATS will continue to purchase hybrid electric vehicles while evaluating CATS' transition to full electric vehicles.

Along with many other advocates, Sustain Charlotte has strongly advocated over the past two years for CATS to align their vehicle purchasing decision with the City of Charlotte's Strategic Energy Action Plan (SEAP) goals. We're really excited to hear that CATS is strongly committed to transitioning away from diesel and towards battery-electric buses!

We're continuing to advocate for a strong and resilient public transportation system. Sustain Charlotte joined with other transit advocates on a national level in signing on to and sending a letter to the U.S. Congress asking them to support a stimulus bill investing in sustainable transportation infrastructure. We also issued a press release on April 23rd about our role in joining a national advocacy alliance calling for better PPE and protections for transit workers.

We hope this transit update was helpful. Want to join us at an upcoming MTC meeting? They’re usually held at 5:30 pm on the 4th Wednesday of the month in room 267 of the Charlotte Mecklenburg Government Center. Details here. April's meeting was held virtually and we're not sure when in-person meetings will resume. Feel free to email [email protected] and we can share details about the next meeting on May 27.