At the August meeting of the Charlotte Regional Transportation Planning Organization (CRTPO), delegates from throughout Mecklenburg, Union, and Iredell Counties approved a list of transportation projects that will receive state funding between 2016 and 2025.

Sustain Charlotte's Education + Outreach Director, Meg Fencil, read portions of a joint letter submitted to the CRTPO by members of the Transportation Choices Alliance on July 31. Check out that letter and the CRTPO's response here. 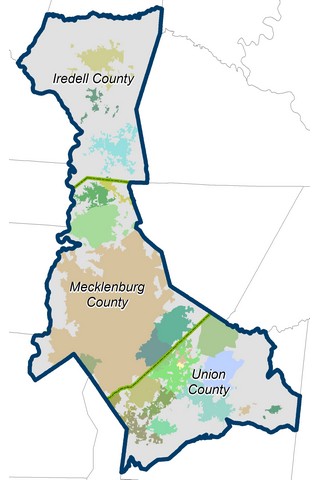 The public comment period at the beginning of the meeting was far busier than usual, with eight residents speaking. Most of the comments were in opposition to the planned I-77N toll lane project. Despite "no" votes from a number of towns, the motion to approve the 2016-2025 Transportation Improvement Plan (TIP) passed.

What does this mean for our region? Well, the TIP includes a lot of road widening projects and other road construction projects that are likely to encourage more sprawl. Since Charlotte is already the 5th most sprawling large metro area in the nation, that's not good news. One of the major points we made in our joint letter is that most of the projects on this list aim to deal with an increasing supply of traffic, rather than managing demand. With a regional population that is growing faster than almost every other large city in the nation, it's time to seriously re-evaluate our transportation priorities.

Let's start moving people, not just moving vehicles. We applaud Charlotte for its innovative Complete Streets policy, known as the Urban Street Design Guidelines. These guidelines provide for sidewalks, crosswalks, and bike lanes to be built on all new public streets except interstates and interstate exchanges. Most of the projects in the TIP will have amenities for pedestrians and people on bikes, and we're excited about that!

But we also need more stand-alone bicycle and pedestrian infrastructure like greenways and addition of sidewalks and bike lanes to existing streets. Unfortunately, the state of North Carolina's transportation funding process called SPOT 3.0 only allows stand-alone bike/ped projects to be funded at the local (Division Needs) level. These projects also require a 20% local funding match, due to federal guidelines. Click here to see a list of non-highway projects for the CRTPO region.

The CRTPO's Bicycle and Pedestrian Work Group, formed in August 2014, was established to proactively plan how funding will be allocated for bicycle and pedestrian projects. We're enthusiastic about the work that this group has done so far to create a methodology for objectively ranking bike/ped projects! 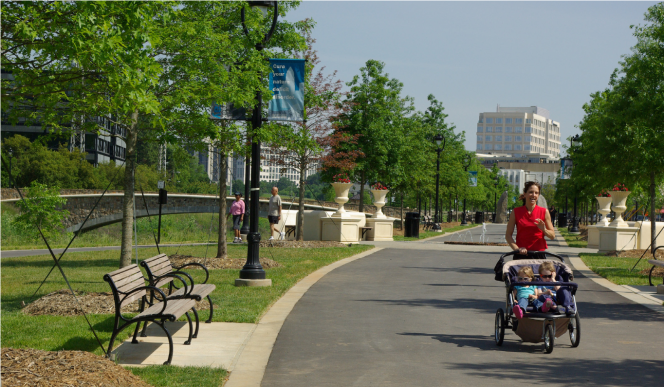 The Bicycle and Pedestrian Work Group aims for consistency and continuity in planning efforts. (Photo: CRTPO.org)

How can you add your voice to the conversation?

Speak up: Most residents don't engage their policymakers in discussions about transportation funding because they think it's too technical and complicated. But you don't need to understand every nuance of the process in order to speak up. It's as simple as calling or writing to your CRTPO representative and saying, "Hi, I live in the town/city you represent. I value the ability to walk/bike/ride transit, and I'd like to see more funding for those types of projects."

Join the movement: If you support sustainable transportation that meets the needs of all people, we invite you to partner with Sustain Charlotte and more than 30 organizations by joining the Transportation Choices Alliance! We offer individual memberships starting at only $3/month, free membership to nonprofits, and an affordable  organizational membership package for businesses.

Learn more: We know you're busy. Sustain Charlotte's staff attend five local transportation meetings per month so we can keep you informed about projects and discussions. If you'd like to get more involved in the regional transportation scene and attend a public meeting (they're open to the public!), contact Meg Fencil at [email protected] for details.