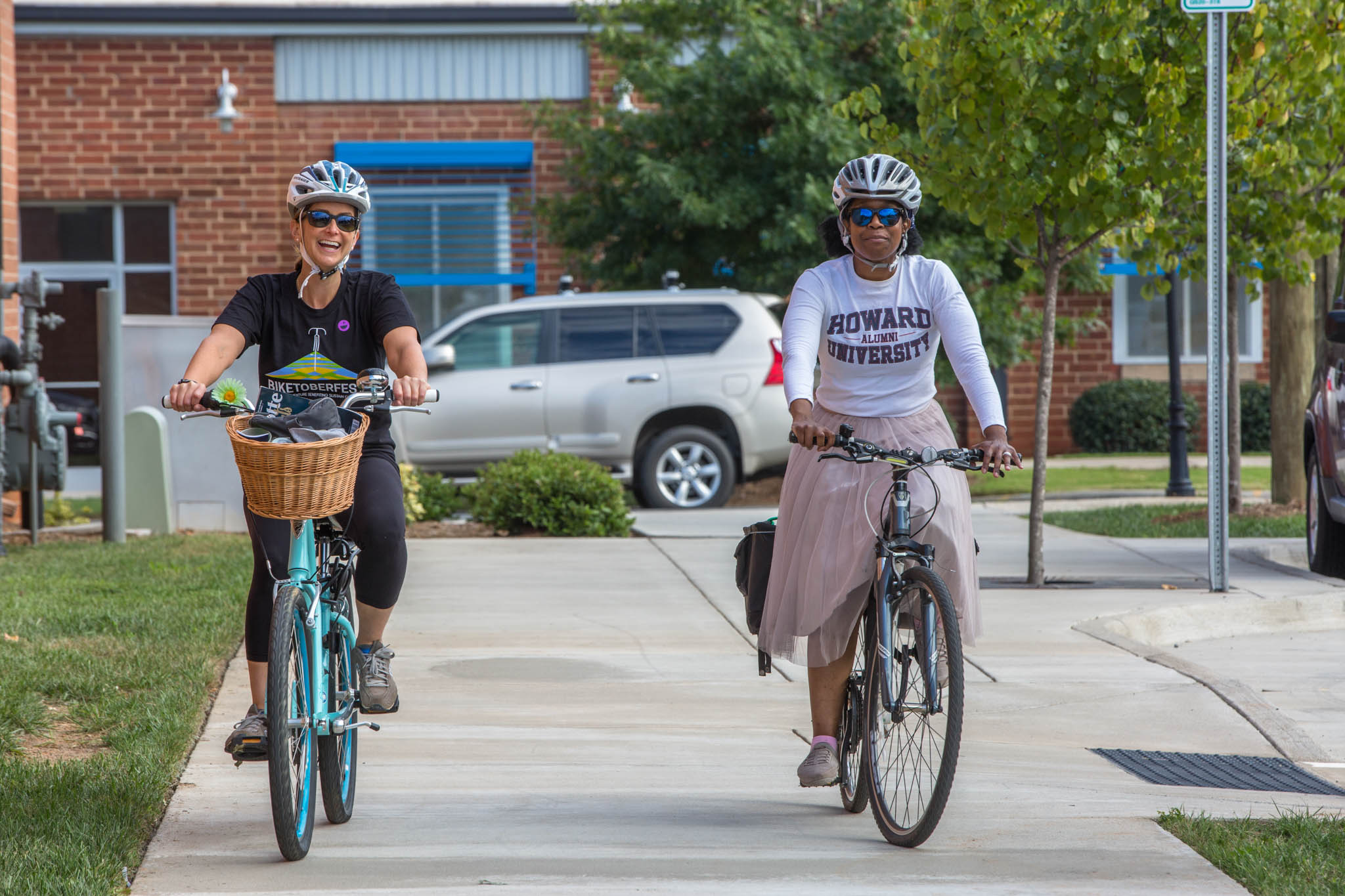 Before Lisa encountered Sustain Charlotte, she struggled to know how to connect her passion for the environment with her day-to-day life. At the time, she worked in single-family homebuilding, an industry not historically known for its sustainable practices. Looking for ways to exercise her passion, she started looking for nonprofits doing environmental work and came across Sustain Charlotte. She saw that the Sustainability Awards event was coming up soon and decided to check it out.

“The energy in that room made me want to learn more,” she said. She met with Shannon Binns, Sustain Charlotte’s founder and executive director, to learn more about how to support the organization’s mission. She joined the board in 2014 and became the board chair in 2016.

“My eyes were opened to the broad scope of sustainability,” she says.

When she first joined the board, she lived in South Charlotte and had a significant commute. “When I understood more of my impact by driving, it became harder to sit in traffic as a single occupancy driver,” she said. She moved to Plaza Midwood and started experimenting with taking the bus--and was surprised to find how easy it was. 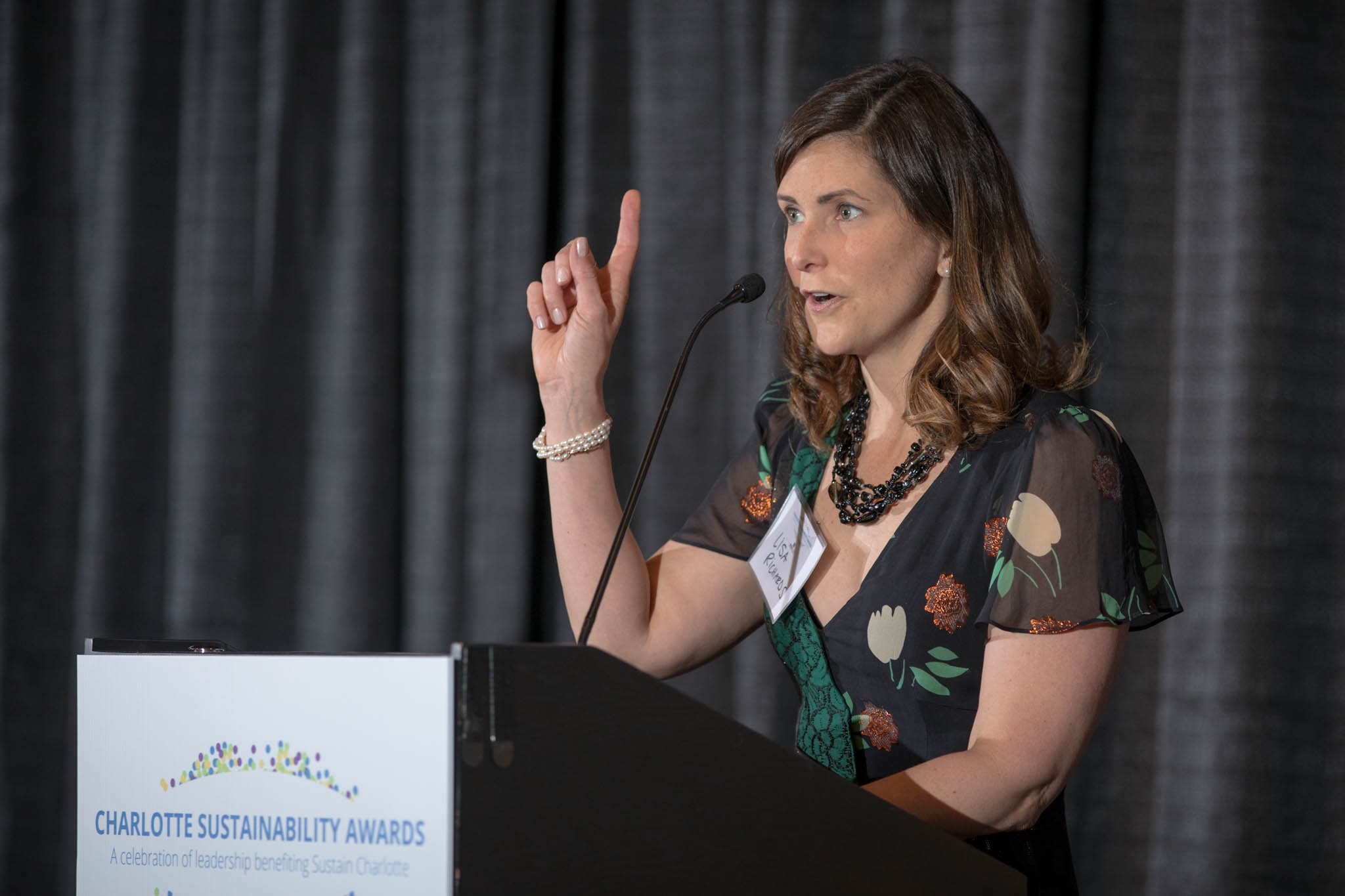 “There are plenty of people like me who would say they are environmentalists but would never even consider taking the bus,” she says. “It’s just a perception that the bus is for ‘them’ and not me.” Pre-COVID, Lisa canceled her parking spot and utilizes public transit whenever possible.

As she became more involved with Sustain Charlotte, she wanted to make her career align more with her beliefs in sustainability.  She took a course on green building communities and earned her LEED AP, eventually leading to a new role as the Director of Stewardship at Crescent Communities. “I learned that what I was doing for a living could support sustainability,” she said. I realized I could find a way to drive real estate development to be more sustainable.”

For those looking to make a difference, she believes that understanding local government and voting wisely is one of the most important things to consider. “There are so many little things we can do in our everyday lives, but voting encompasses them all.”