Population growth and sprawl aren't concerns only for large cities. As the Lake Norman region has seen an influx of new residents in recent decades, previously rural areas and small towns have had to adapt to manage growing traffic congestion, infrastructure demands, and environmental concerns. 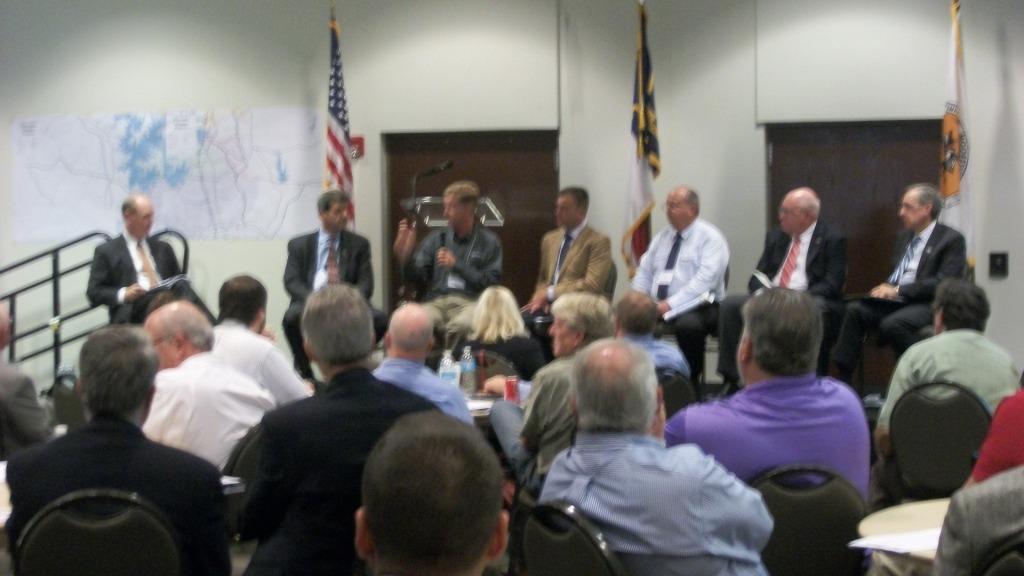 Director of the UNC Charlotte Urban Institute Jeff Michael framed the region's challenges in the context of rapid human population growth. The land use maps he showed drew audible gasps from the audience. Between 1976 and 2006, the amount of developed land in the 11 North Carolina counties in the greater Charlotte area increased eight-fold, from three percent to 24 percent.

North Carolina hasn't always been known for its rapidly growing cities and towns. In the 1800s, we were dubbed the "the Rip Van Winkle state". Like Washington Irving's sleepy character of the same name, the state's economy was stagnant. With no navigable rivers, ports, or rail service, North Carolina's transportation network lagged far behind many surrounding Southern states until construction the North Carolina Railroad was approved in 1849.

In the 1970s and 80s, many parts of North Carolina began to see dramatic jumps in population growth that continue even today.  Most of these new residents are arriving not from other parts of the state, but from outside of the state. Attracted by a high quality of life, low cost of living, and good jobs, new residents also add more vehicles to already congested roads.

For those of us who live in parts of the region with more transportation options, it may be easy to forget how harrowing a commute of even a few miles can be on a highly congested road. When there’s no bus or light rail, and when the built environment is arranged for cars rather than pedestrians and bicyclists, the American dream becomes a daily nightmare of wasted commuting time, expense, air pollution, and frustration. After I had crept along less than two miles of Mooresville’s NC-150 in 25 minutes, the message of today's summit hit home: Transportation needs to be considered not as an expense, but as an investment.

How do we, as a region, welcome new residents and economic opportunities while also ensuring a sustainable transportation future? The traditional answers of "Build more roads." and "Widen existing roads." are no longer sufficient. North Carolina's roadway funding is 70 percent reliant on gas tax. As vehicles have become more fuel efficient, this funding source has plummeted. With cost to build one lane mile (not one mile of lanes, but one mile of a single lane) to interstate standards now in the tens of millions of dollars, we simply can't raise this amount of funding through gas taxes or sales taxes. 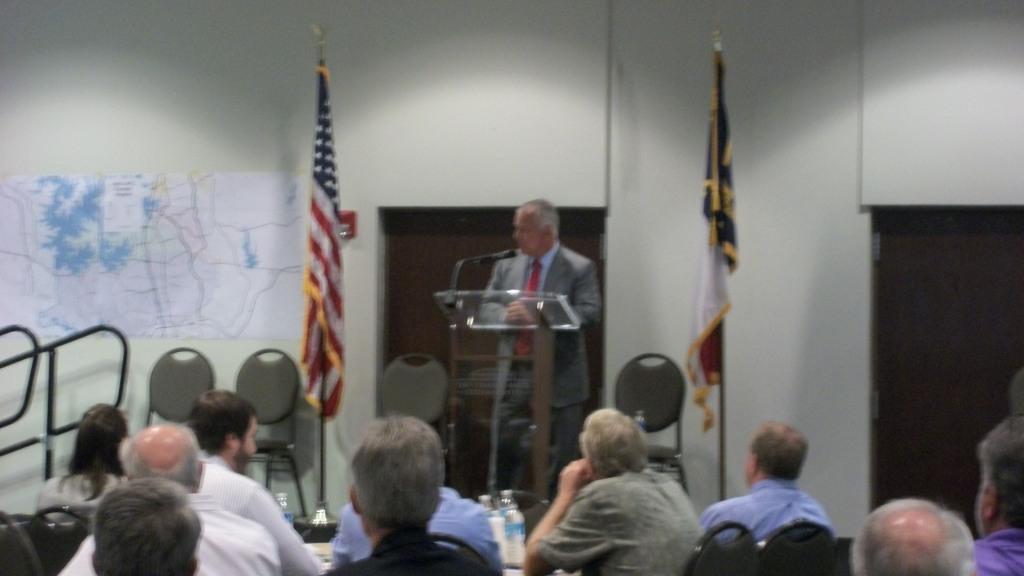 The vision focuses heavily on new ways to raise additional revenue to build roads. Secretary Tata discussed the vision's proposed funding mechanisms, including more public-private partnerships and toll bonus allocations, which provide a financial incentive for municipalities to embrace toll roads. A key element of the vision is a proposal to borrow $1.2 Billion in bonds to fund transportation projects that would largely serve rural areas that have been hit with high unemployment.

At a time when the state is struggling to meet the expenses of even maintaining its existing roadways, we should be focusing on improving connectivity of our existing transportation networks. We should be investing in more sustainable transportation options including rail, bus rapid transit, and infrastructure for pedestrians and bicyclists. North Carolina's workforce will be better served by supporting job growth centers with cost-effective networks of transportation choices that offer alternatives to driving, rather than borrowing huge amounts to build new roads into rural areas.

We're excited that the vision values expansion of light rail and transit in the Central region (which includes Charlotte) “to address the needs of a changing demographic, congestion and land development concerns." It's too early to tell whether this stated valuation will result in additional investments in Charlotte's sustainable transportation network.

If you've found this article useful, we encourage you to share it, subscribe to the blog, and leave a comment! You can count on the Transportation Choices Alliance to provide regular updates on transportation news that affects the Charlotte region.