All in the Family: How to Get Them on the Bike 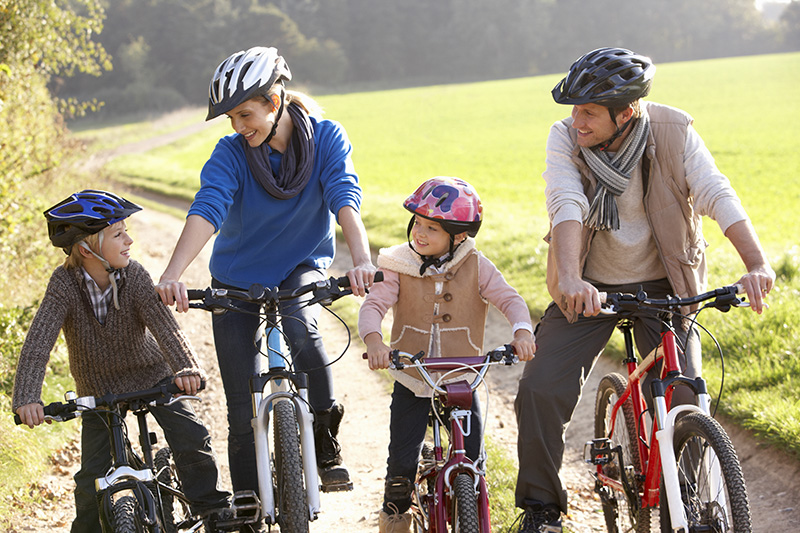 You love that bike of yours. Since you were little, you recognized its potential to take you far away. You discovered new neighborhoods, met new friends, maybe even rode to school or your first job. Now you’re wondering whether your kids and family will feel the same way. Here’s how to get their attention - and get them on the bike!

“It's tough for the outdoors to compete in the age of Minecraft, iPad, XBOX, and the like,” says Jon Harding, a routine bike commuter, bike-packer, and general man-about-town on two wheels. “Getting started can be a little intimidating, especially if your kids outnumber you.”

But don’t be discouraged! Jon says getting the kids and family out there on the bike can be easy with a little planning ahead. Answering the “how” and the “where” are two of the biggest hurdles.

“My 8 year old has just started riding his own bike and has the proper training and practice to ride on neighborhood streets,” says Jon. (He considers safe neighborhood streets as those with speed limits lower than 25MPH and frequent stop signs.) Got kids younger or less experienced? Consider some sort of attachment to your bike, like a trailer, a kid’s seat, or trail-a-bike. Want to really go nuts? Try a tandem. No, seriously!

Location, location, location. It doesn’t just apply to real estate! Tooling around the ‘hood is great for starters, but Jon suggests the best way to motivate kids to keep riding is to give them a destination as a goal. This may mean ice cream, or heading to a local park. Or bribery. That works, too. “I’ll admit it, I'm not above offering to buy my kids a video game to get them to ride,” adds Jon.

Then, there’s the when. Timing is everything, of course! Got really young kids? Conflicting with nap times and feeding schedules may make for a miserable experience for all involved. And be willing to be flexible. Build in plenty of time for unscheduled stops, bathroom breaks, or shiny things. Plan your route with shortcuts, distractions and such to make sure you get home while everyone is still having fun!

When all’s said and done, a bike is more than a toy or a machine to be raced. A bicycle can be a part of everyday life as transportation, community-building, and for exploring places near and far. And it’s just plain fun, too!

Want to see more of uptown Charlotte and historic South End by bike? Join us October 15 for Sustain Charlotte’s Biketoberfest!