How Dustin transitioned to a car-free lifestyle 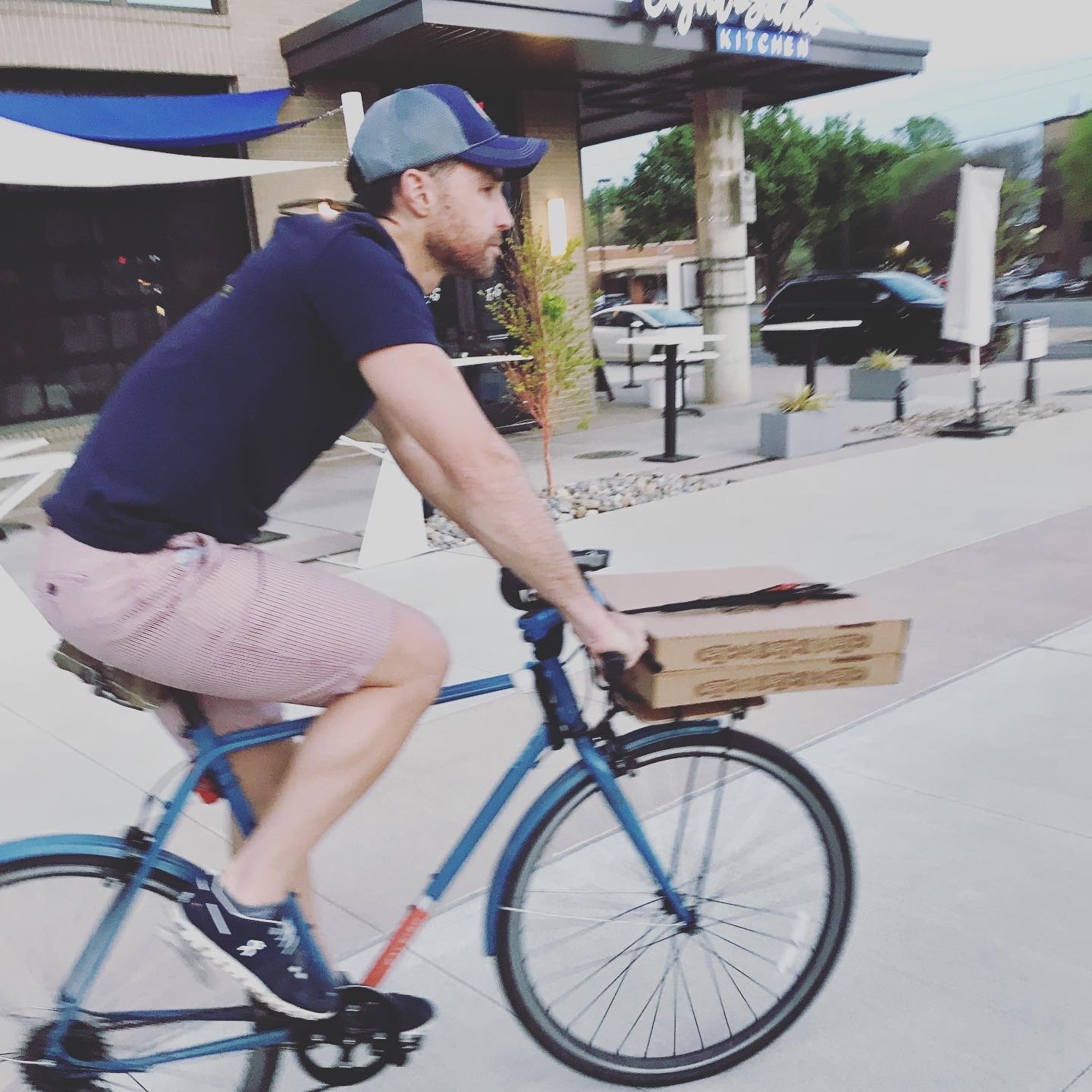 When Dustin Branham first moved to the greater Charlotte area in 2007, living life without a car was the last thing on his mind. After landing a job at a law firm in Davidson, he moved to Huntersville in an insular neighborhood.

When Dustin Branham first moved to the greater Charlotte area in 2007, living life without a car was the last thing on his mind. After landing a job at a law firm in Davidson, he moved to Huntersville in an insular neighborhood.

But three years into his career, Dustin began reading more about lifestyle design and quickly learned how people that travel by transit, foot, or bike were proven to be happier. Beyond the physical benefits, getting around outside of a car allows more opportunity to get fresh air, bump into people in their community, and experience their surroundings.

“When I lived in the suburbs, people would close themselves off to each other in their homes,” Dustin said. “It just seemed unnatural to me.”

And thus, Dustin made a resolution to take steps toward a car-free lifestyle. He knew that he couldn’t do it overnight, but he wanted to make small decisions that could one day allow him to be completely carless.

He started by simply trying to reduce the amount he drove. If he had errands to run, he’d condense them into one trip. He started biking to work three days a week, the 35-mile round trip commute making it difficult to do every day.

Dustin quickly began to realize that there were three pillars to a car-free lifestyle: where you work, where you buy groceries, and where you hang out. Working at a law firm in Davidson but living in Huntersville made it challenging for him to commute to work without driving at least two days a week. So in 2016, he moved to Davidson, choosing an apartment building within walking distance of a grocery store and his office, as well as his regular social haunts.

And to further discourage himself from driving, he traded in his sports car for a salvage car. “I never wanted to drive that car,” Dustin remembers with a chuckle. Before long, he used the car so infrequently that the tires went flat and the battery died. He could barely manage his goal of starting the car once a week. After a two month stretch of not starting the car at all, he sold it. He was car-free. 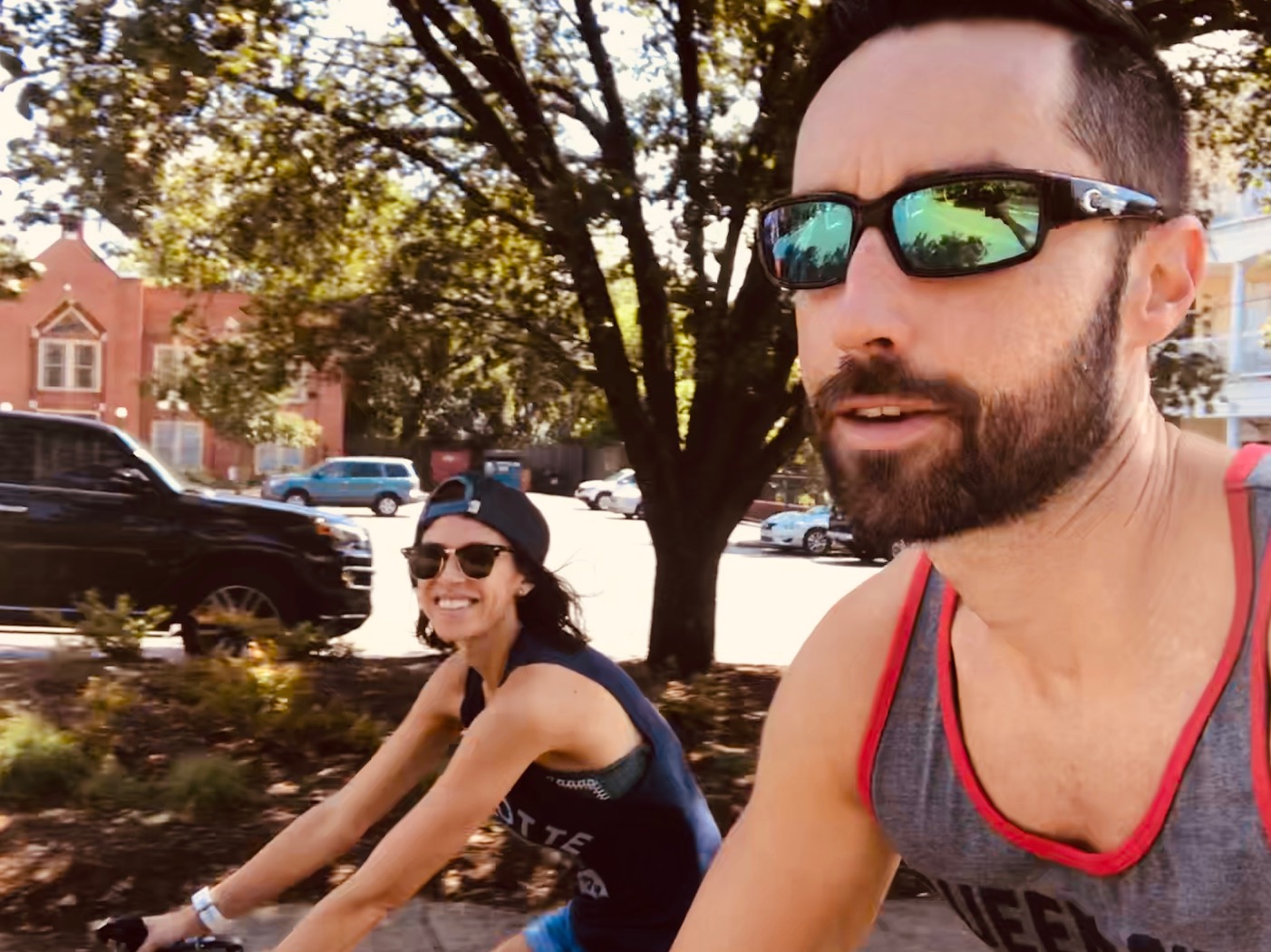 Today, Dustin and his girlfriend, Jenna, live in South End and own one car that they use a couple times a week. When they need groceries, they hitch a dog trailer to their bikes and pack their groceries in cloth bags on the way home. Dustin works from home, and they orient their social activities to areas that they can bike or walk to.

For those considering a car-free or car-light lifestyle, Dustin’s advice is to start by getting a decent bike in good working order and spend one month making an effort to use the bike instead of a car whenever possible.  “Just eliminate the car from your menu of options for that first month and it won’t tempt you anymore.”

A lot of people have misconceptions about what it means to travel around Charlotte by bike--they’re concerned about safety, convenience, or getting sweaty on their way to work. But for Dustin, the benefits outweigh the downsides. He saves thousands of dollars each year in car maintenance, he’s more active and physically fit, and he gets to experience his community without the barrier of a car.

“A bike doesn’t pollute. It brings people together,” Dustin says, “I have zero need to get in a car in the city of Charlotte ever.”

At Sustain Charlotte, we’re so grateful for our sustaining members like Dustin who make our work possible. Interested in becoming a member? Learn more here.