Here’s the latest on the planned Uptown protected bike lane 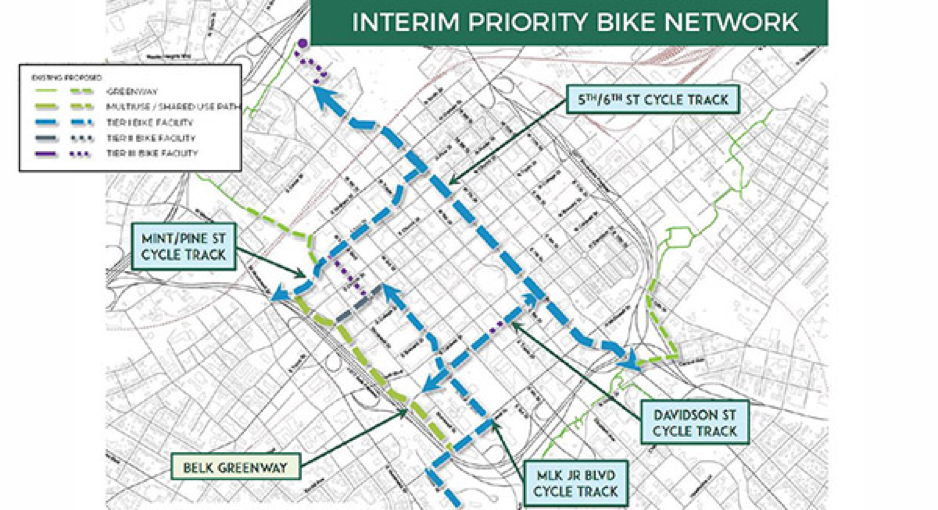 Based on analyses and public input, the study recommended a tiered Uptown bike network, an Uptown protected bike lane on 5th and 6th Streets, and and the Belk Connector Greenway.  The Belk Connector  will be an off-street trail located between the new developments on Stonewall and the I-277 freeway. It will run east to west -- parallel to Stonewall.

However, the Uptown protected bike lane and the Belk Greenway projects currently only have enough funding for design, not construction.  While the study does not, unfortunately, provide any timelines for completing these projects, one suggestion is made on page 69: “CDOT must continue to prioritize future projects with significant annual funding and bond revenues targeted for pedestrian/bike improvements. Continued progress will depend on periodic reexamination of the recommended network, thorough evaluation of success/failures with past projects, and continued public input and support.”

When will the City build the Uptown protected bike lane and the Belk Greenway Connector?

The design of the protected bike lane and the Belk Greenway Connector is funded.  The City has hired Stewart Design, subcontracting with Kittleson and Associates, to design these projects.

At the Bicycle Advisory Committee on 5/22, CDOT’s new Bicycle Program Coordinator, Will Washam, presented this timeline for the Uptown protected bicycle lane:

When will we actually be riding on a protected facility through Uptown?  The big question is still unanswered. Washam says that because of previously scheduled storm water and sewer projects, we are looking at a conservative date of 2020 to see any construction begin on the Uptown protected bicycle lane. 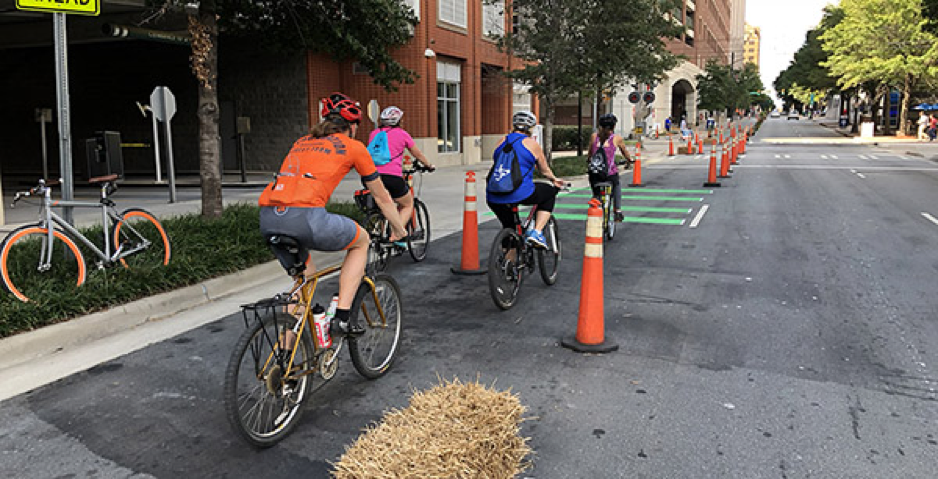 Testing It Out: Bicyclists and roadway users get an opportunity to experience a cycle track Sustain Charlotte constructed with volunteers on 5thand 6th St through Uptown using temporary materials. Feedback from this “pop-up” experience has already helped inform the ultimate design of the project.

What can you do now?

Stay engaged.  We need your continued participation in public meetings and input sessions held by CDOT, Stewart, and Sustain Charlotte whenever bicycle projects are under review.  Be vocal at these meetings with your support for quickly completing these projects. We’ll let you know when the next key opportunity to speak up for safe cycling arises!