The best parts of each scenario can then be combined to create a Preferred Growth Scenario, and that is where YOU can help! Read on to review the scenarios and then take the City's short online survey. 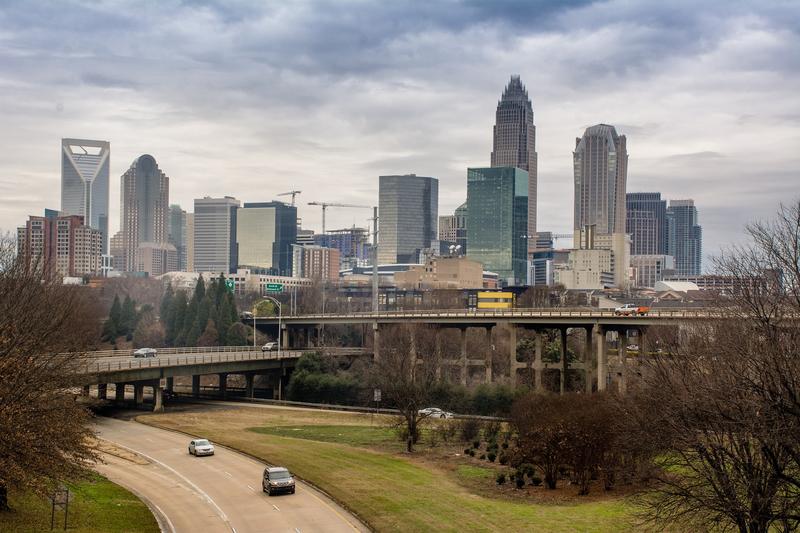 It has the highest amount of Single Family Detached homes at 45%, including only 29% of that housing near transit. This scenario is the most inefficient and unsustainable model causing the most harm to the environment. 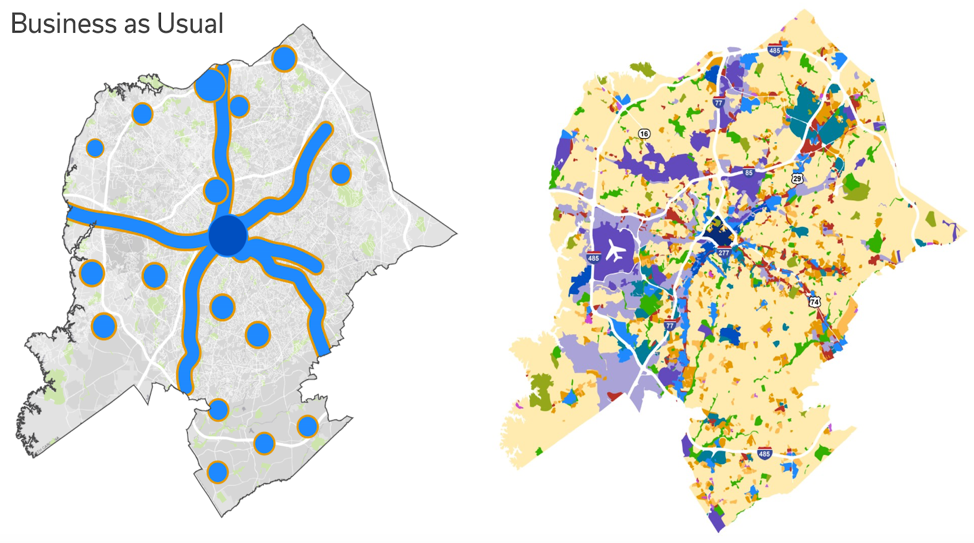 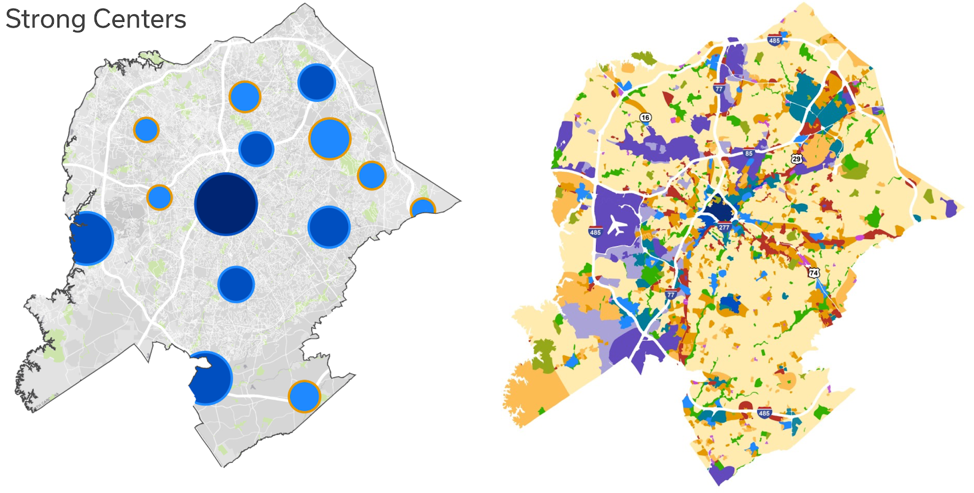 Connected Corridors has the least amount of impact on the air quality of all four scenarios. Sixty-two percent of new residential development will be near transit. It will have about 25% of new growth consisting of single-family detached, nearly half the amount compared to Business as Usual. 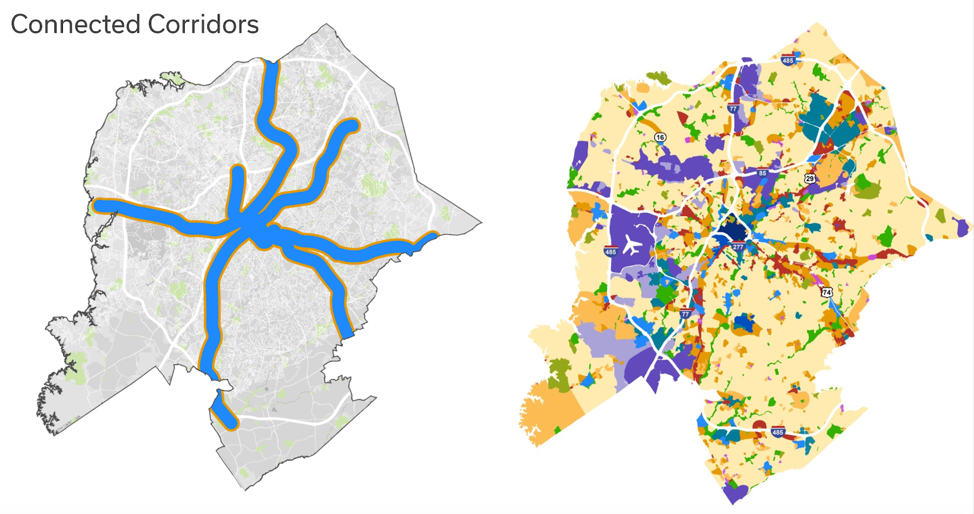 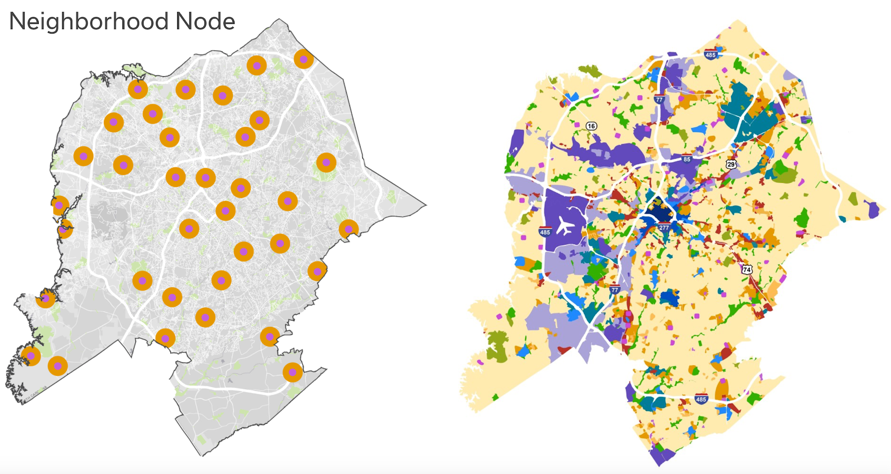 Now it's your turn!

Did you miss the workshops on October 8th and the 9th? Watch a recap of the presentation (optional), and then take the scenario survey to let the City know what you want to see for Charlotte's future!

Want to know more? Check out the Comprehensive Plan page.