Last week, Charlotte was honored to play host to a world renowned expert on creating safe and inviting urban places for people of all ages and abilities. Gil Penalosa is the Founder of 8 80 Cities, an organization with a mission of creating public spaces that are safe and inviting for 8 year-olds and 80 year-olds. 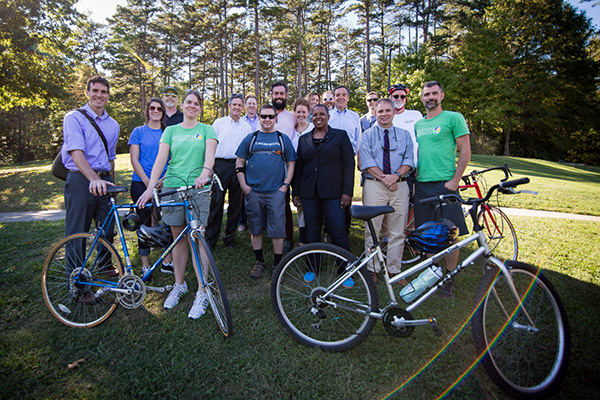 Sustain Charlotte organized a bike ride from Romare Bearden Park to Freedom Park with Gil. When we arrived in Freedom Park, he shared a key observation. "Look all around you. On this beautiful day, people are walking and riding bikes on [the Little Sugar Creek Greenway]. You see people with dogs, moms with babies, old people. Do you know why they are here? What's not here? Cars!" 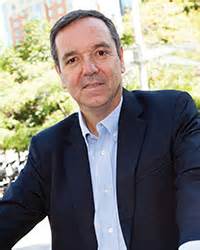 Gil is a big fan of providing high quality infrastructure to pedestrians and cyclists that allows them to be separated from vehicles. As past Commissioner of Parks in Bogota, Columbia, Gil implemented the incredible "Ciclovia" Open Streets event. Every Sunday and holiday, miles of roadway are closed to vehicles and 1.3 million people come out to walk, bike, jog, do yoga, or "do some Cha Cha Cha". Yes, that's 1.3 million people per week, and up to 1.7 million on nice days.

Gil says that if you wouldn't allow your favorite 8 year-old and 80 year-old cross a street or intersection alone, it's not safe enough and we need to do better.

Gil reminded us over and over that the reason for lack of investment in pedestrian and bicycle infrastructure isn't technical or financial. It's political. We were humbled to see how many incredible parks, wide and high quality bike and pedestrian paths, and public spaces have been created in Bogota, a city with only one-sixth the median income of Charlotte.

For a great introduction to Gil's ideas, listen to this broadcast from WFAE's Charlotte Talks.

Gil's stay in Charlotte was hosted by The John S. and James L. Knight Foundation and Southminster.