Charlotte City Council will vote on the UDO next week. Here’s what to know. 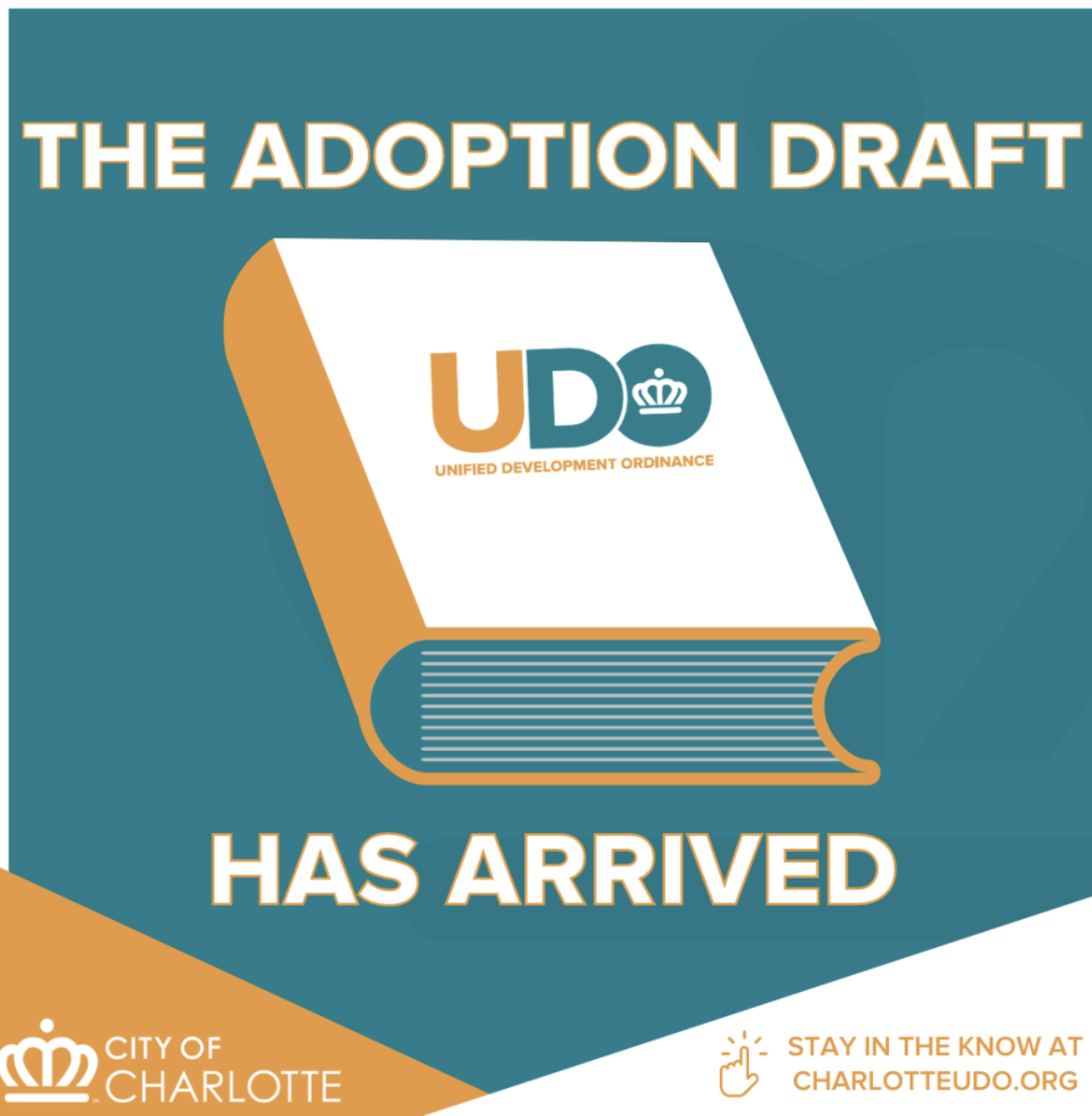 Charlotte City Council is set to vote on the proposed Unified Development Ordinance on Monday, Aug. 22. Here’s what you need to know about the UDO, what changed since the last public hearing in July, and what comes next.

Refresher: Here’s what Charlotte’s UDO does and why it matters

The Unified Development Ordinance, UDO for short, consolidates the city's zoning and development standards and implements the policies of the Charlotte Future 2040 Comprehensive Plan.

There are numerous environmental, economic, and other benefits of the UDO.  In alignment with the Comprehensive Plan's goals, the UDO will increase the diversity of housing opportunities and create a platform for equitable and safe mobility while developing tighter regulations around the natural environment, preserving neighborhood character, and bringing economic opportunities.

City staff released the first draft of the UDO nearly a year ago, followed by the second draft on June 3, 2022. On July 11, City Council held a public hearing on the second draft, and a final vote is set for Aug. 22.

What changed in the final draft of Charlotte’s UDO?

The second draft received 290 comments. Based on that feedback, city staff recommended 70 minor changes. Many changes are corrections of errors and misspellings, but we’ll share a few of the more substantive changes.

The final draft was released on Aug. 15. It includes a recommendation from the Planning Commission's Planning Committee to require conditional rezoning in addition to defined conditions already outlined in the UDO for all gas stations and car repair facilities in zoning districts where such use is allowed.

Our take on the changes to Charlotte's UDO

Sustain Charlotte submitted a list of recommended changes to the second draft of the UDO in July. Although the final recommendations from planning staff do not include many of the items we asked for, such as reduced or removed parking minimums near transit stations, we saw some small victories. Those include:

These changes directly result from our efforts and many of you who spoke up throughout this process.

It’s worth noting that some council members are proposing a delay in the provision that would allow housing for two or three families — duplexes and triplexes — to be built in areas currently zoned for single-family-only housing until an anti-displacement study is completed.

We’re urging City Council to pass the UDO without any amendments that delay the implementation of the policies intended to create more housing.

With your help, we will continue working to maximize walkability and safety for people who walk, bike, and ride transit. We will work to support the strengthening of affordability and for the city to implement antidisplacement strategies as the UDO implementation moves forward.

On Aug. 22, City Council will vote on this final draft. If adopted, the ordinance will be effective on June 1, 2023. That’s a long time, but city staff says that’s so internal preparations can be made, developers can familiarize themselves with the new rules, and minor text corrections can be made.

An important step that’s related to the UDO will be the creation of community area plans. This work which will take place over the next couple of years, will update the policy map and directly inform city staff on the alignment rezonings. The area planning work of residents and staff will more closely align our vision of the future with our zoning on the ground.

Sustain Charlotte will continue to advocate for equitable development regulations that allow Charlotte to become more walkable and offer more housing options while also protecting our tree canopy and access to open space. And we will continue to push for changes, including a quicker turnaround and effective date of the UDO.

In the meantime, we’re asking you to help get the UDO over the finish line. Here’s how you can reach out to City Council members and let them know that you support the approval of the UDO on Aug. 22.