Equity in Public Transit: What We Learned at Rail~Volution 2018

Our Executive Director Shannon Binns and Program Director Meg Fencil traveled to Pittsburgh to attend Rail~Volution, an annual conference focused on how land use, transportation and development can transform communities into livable places — healthy, economically vibrant, socially equitable, and environmentally sustainable. Here are some key points they learned about transit and equity! 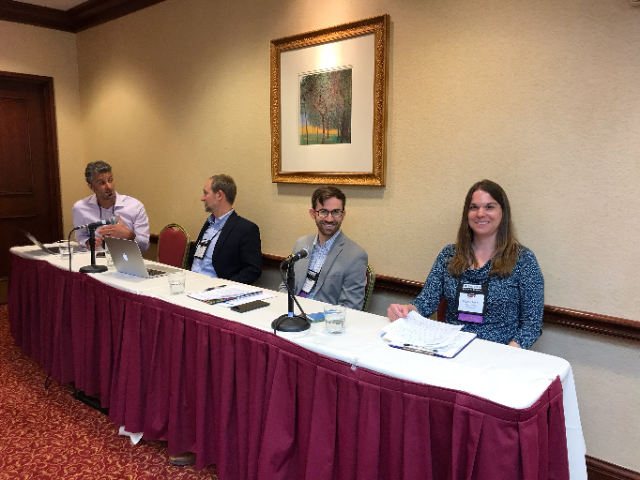 It's no secret that cities across the nation are having a really hard time building enough affordable housing, especially for their lowest income residents. The median income household in Charlotte spends 29% of its income on housing. But transportation comes in as the second-highest expense at 22% of income! The average cost of owning and operating a car is around $700/month. Contrast that to a CATS monthly bus pass, which is $88 per month. For people who live close enough to walk or bike to work, their commute cost is even lower!

Yesterday at the polls Charlotte voters approved all three bond referendums, including $50 million to subsidize new affordable housing construction over the next two years. That's exciting! As a community, we need to take a hard look at where affordable housing is being built. Is it within walking distance of a transit line that runs frequently and connects residents to jobs? Or is it in auto-oriented locations where residents have no choice but to drive? The difference between these two scenarios could mean the difference between a person staying employed or not.

Many of the conference sessions included discussions about new and emerging technologies. How will autonomous and connected vehicles interface with public transit? Will the rise of electric vehicles lead to more or less driving alone?

While we can't fully predict how all of these technologies will unfold in the future, we do know that some basic needs won't change  People of all ages, ability levels and incomes will still need to get from point A to point B and back again. We're all pedestrians, whether we're walking a mile to the bus stop or just across the parking lot from our car to the door of the office. At Rail~Volution, Meg moderated a session called Car-Light Access to Transit and TOD (Transit-Oriented Development) and emphasized the importance of pedestrian infrastructure near transit stops. 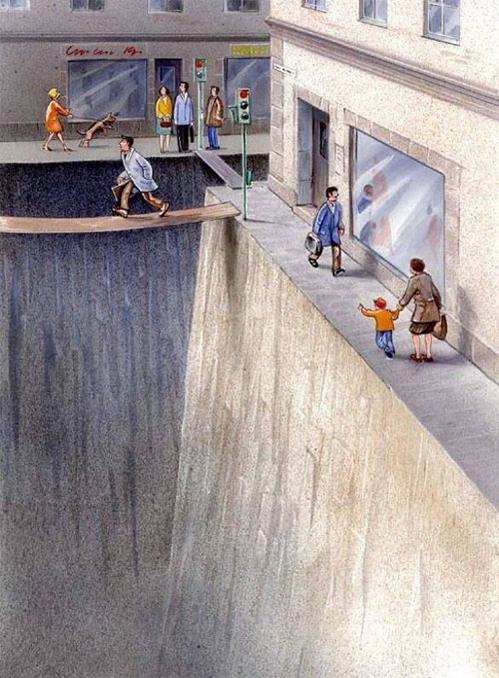 Pedestrians have a hard time in a city built for cars. (image: Claes Tingvall)

Sustain Charlotte is working to plan for the technology that's coming and the changes to the built environment that will result. But we're focusing on first supporting the basic need of residents to walk, ride a bike, or ride transit in their daily life. More good news on this front: Charlotte voters have spoken loud and clear by voting to support $55 million to fund the city’s Comprehensive Neighborhood Improvement Program, which will allow the city to add sidewalks, connect bike lanes and improve roads and intersections so all road users have a safer experience.

Whether you're a daily bus commuter or you've never stepped foot on a transit vehicle, improvements to pedestrian infrastructure benefit everyone.

Author and transit planner Jarrett Walker closed the conference with his plenary speech about how advocates need to broaden the way they talk about the benefits of transit. When transit gets people where they need to go quickly and efficiently, the opportunities that transit riders are able to reach expand. Their world of opportunities literally grows.

He also emphasized the importance of the public's voice being included in transit decisions. We love this quote by Walker on his Human Transit blog:

"Once a community has expressed its transit goals, experts have a role in designing systems to meet them.  But experts shouldn’t be the source of the goals themselves.  Citizens and their elected officials are entitled to a clear explanation of the underlying choices they face, and a chance to express their views on them.  I believe every citizen has a right to debate about their public services in terms that they can understand."

At Sustain Charlotte, we believe it, too.