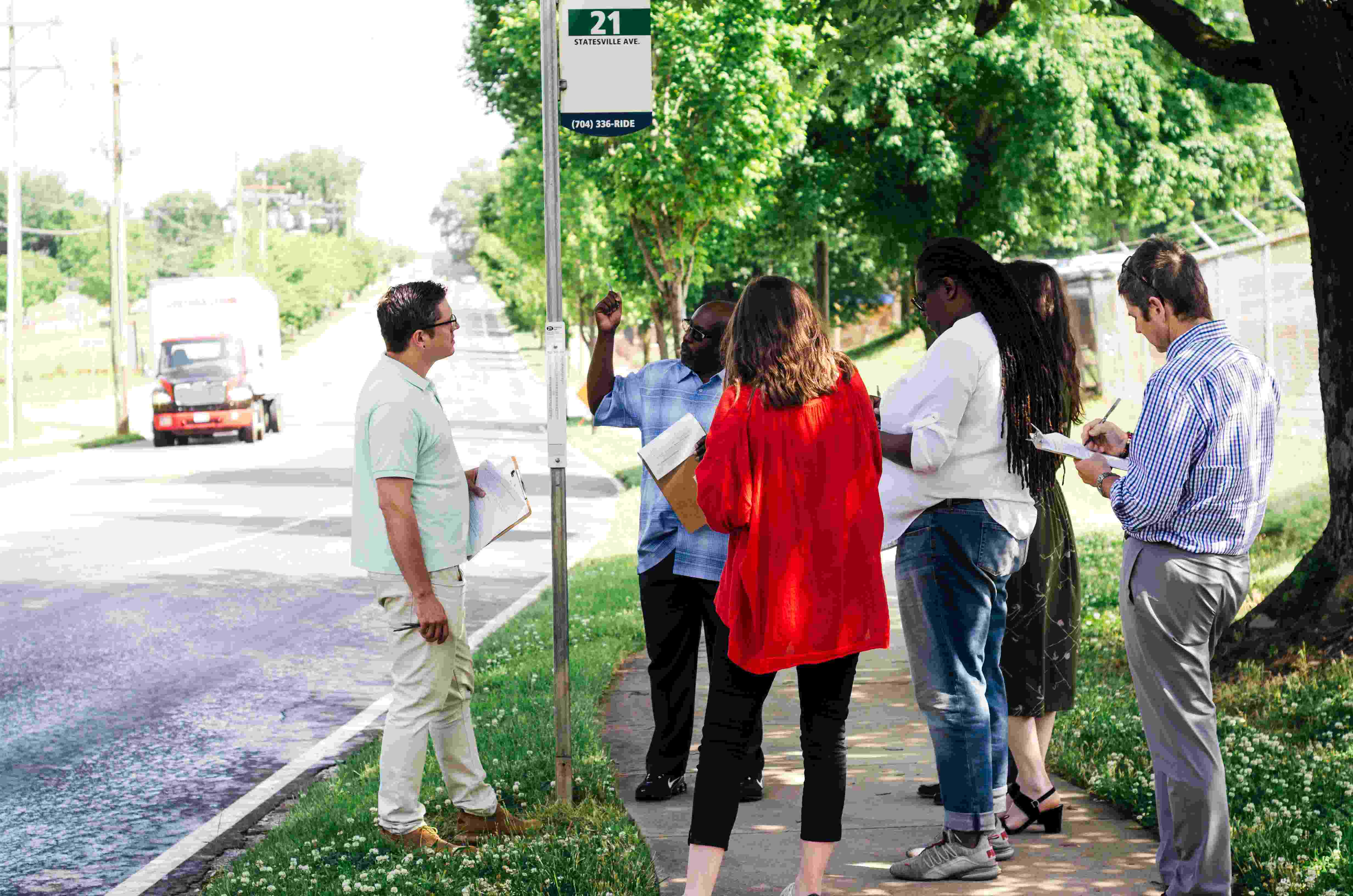 We recently participated in a workshop, hosted by the City of Charlotte and the Knight Foundation, to envision transportation improvements that could be made in Charlotte's North End. The North End has the lowest street connectivity index and sidewalk availability for areas surrounding Uptown Charlotte. Gaps in the sidewalk network and lack of crosswalks put people in danger and prevent them from walking and biking. 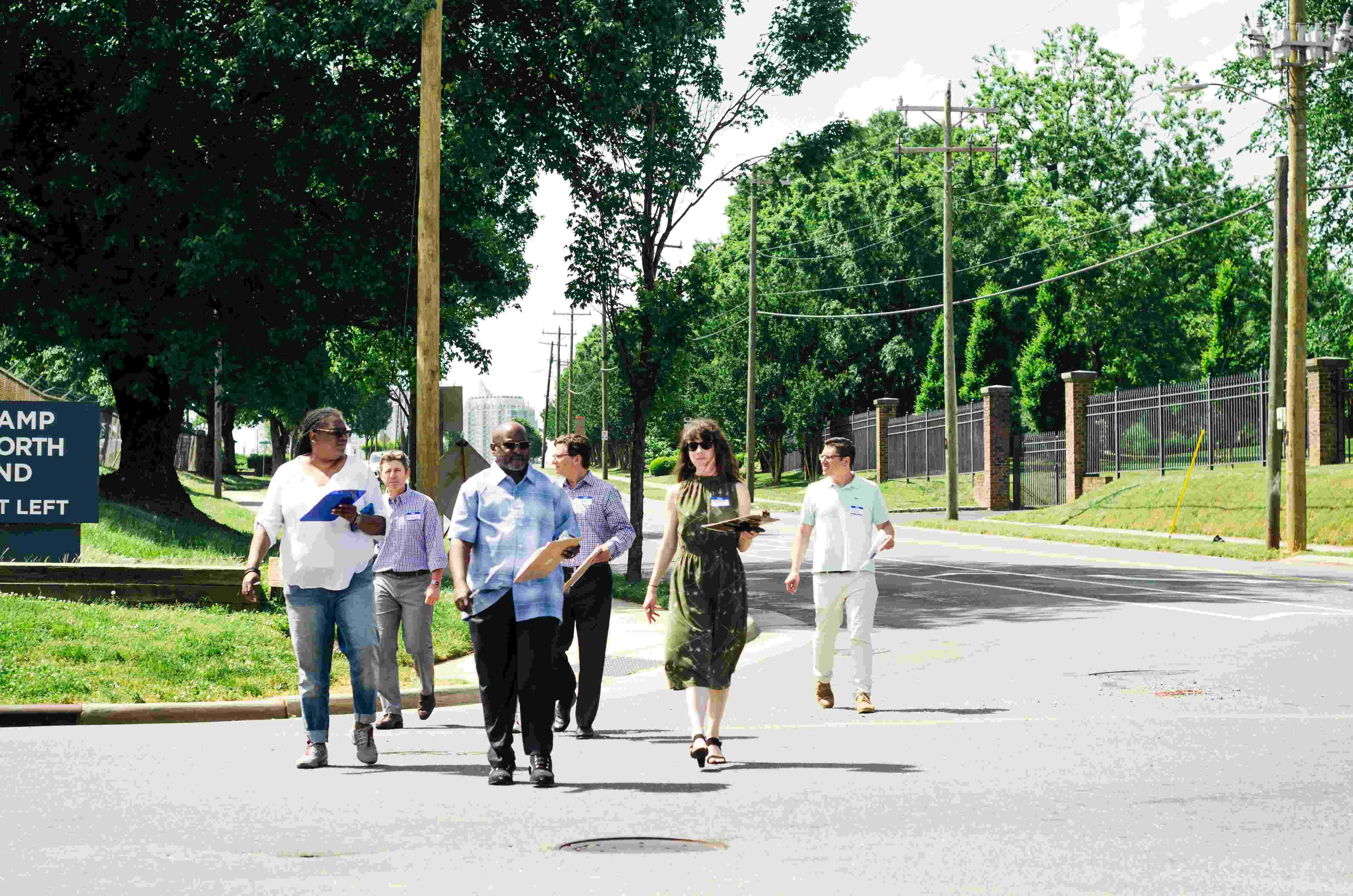 A diverse range of participants including neighborhood leaders, government officials, and professors came together to discuss the current state of transportation options in the North End and what improvements could be made between now and 2030. As part of this process, our group walked a section of Statesville Ave to assess conditions that currently make it difficult for people who live and/or work in the surrounding neighborhoods to get around safely without a car.

Participants made observations about the condition of sidewalks and crosswalks, distances between safe crossing locations, conditions at bus stops, driver and pedestrian behavior, and more. Thanks to commentary provided by neighborhood leader Daryl Gaston, participants left the experience with a better appreciation of the community's history and how racial equity is related to transportation needs.

Many people in the community walk, ride bicycles and ride public transit. There are, however, very few safe places to cross Statesville Ave, a busy arterial street through an increasingly residential area. Sustain Charlotte is partnering with NECC to advocate for better street infrastructure as well as off-street bike and pedestrian paths. The City is also working to improve safety and has announced plans to install a signalized intersection next to the new Double Oaks pool. 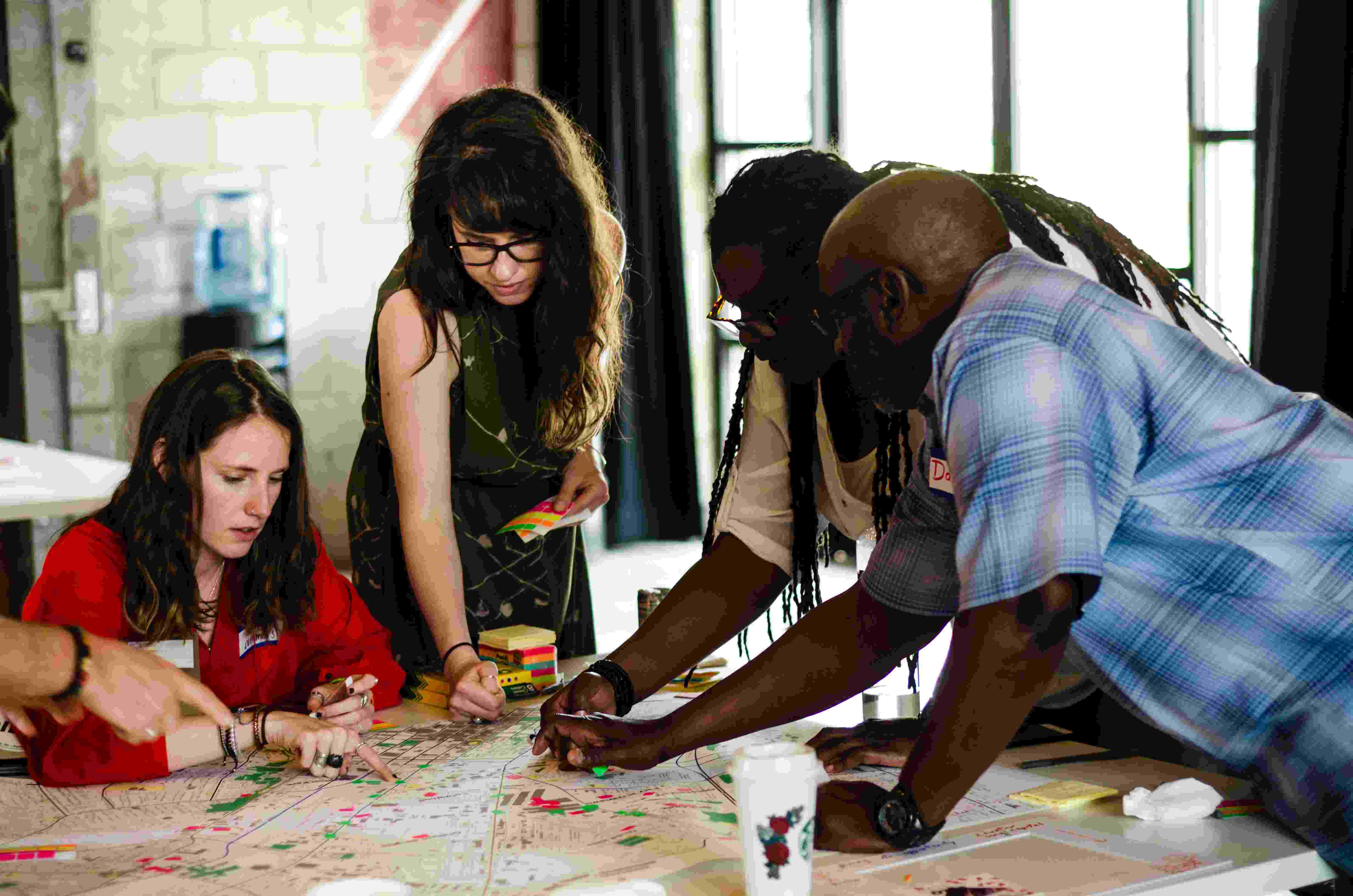 After the walk, we laid out a map of the North End to discuss where people in the community travel to, and where could be served by improvements to the pedestrian infrastructure and public transportation system. We predicted what areas would become new destinations in 2030 and how we would reach them. We discussed the importance of the "first and last mile", a term referring to the distance that transit riders have to travel on foot or by bicycle to reach their final destination after they get off their transit stop or when trying to reach their transit stop. We covered a wide variety of transportation choices from walking, biking, and public transit, to the use of scooters and, one-day, self-driving cars.

We had a robust discussion about how quickly the area is changing. The North End is experiencing rapid gentrification. Residents expressed concern that many residents would not experience planned improvements as they may be priced out of their homes at that point. We discussed ways to ensure that residents could affordably stay in their homes through various efforts like the Aging in Place program, and how we need to ensure that improvements are being made now for current residents. 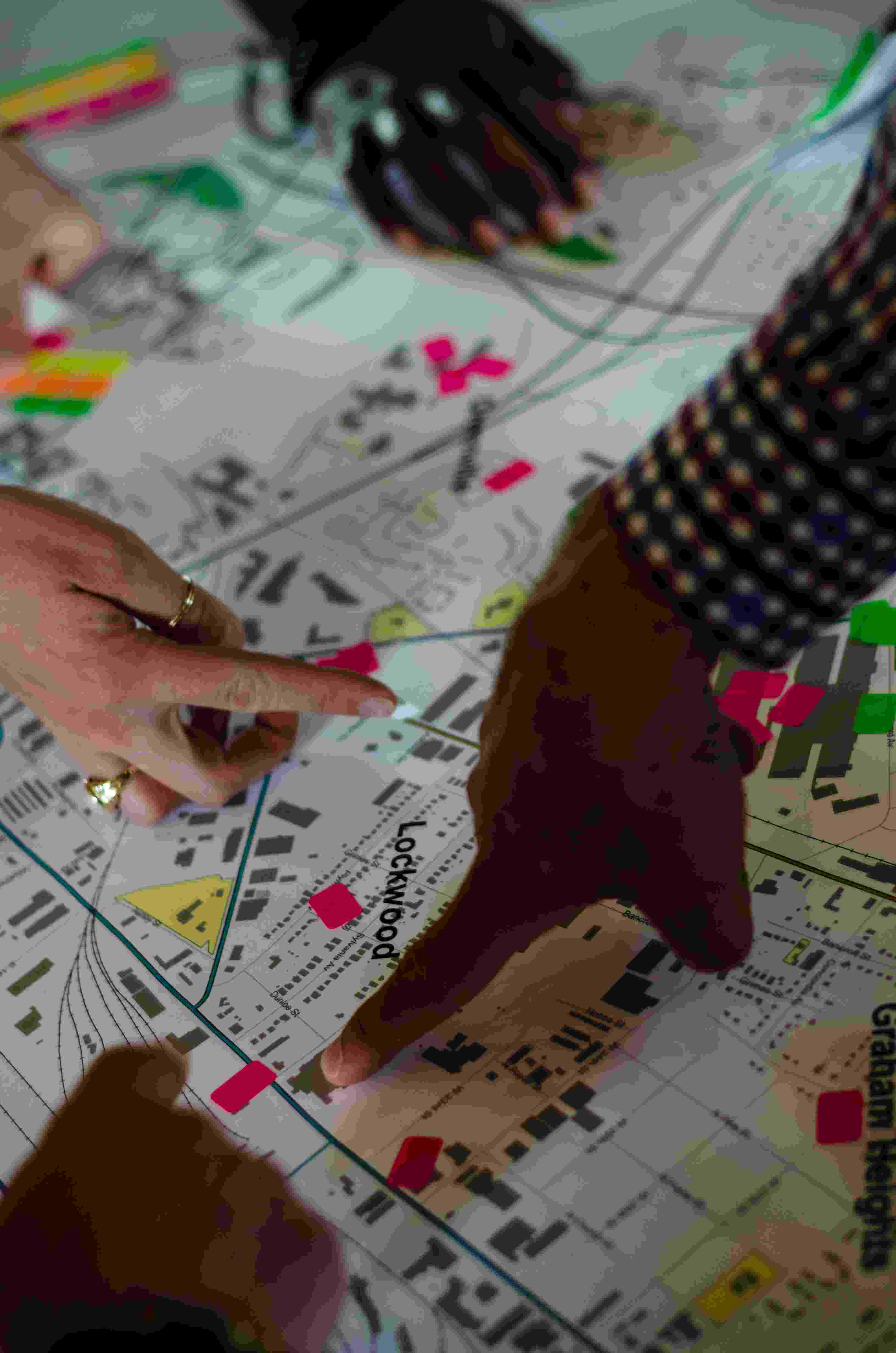 With such a need for transportation improvements, it’s important that we act quickly. We are working with residents to advocate for the installation of a crosswalk and a traffic light at the intersection of Statesville Ave & Newland Rd / Norris Ave. This is a very busy intersection that is incredibly challenging to cross by foot or bike, and because it has no traffic light, is unsafe when taking left turns by car. Statesville Ave lacks crosswalks and acts as a barrier separating neighbors from one another. This crosswalk would serve as a critical connection between several neighborhoods.

The Druid Hills Neighborhood Park is cut in half by Rodey Ave. The layout means that kids who want to go from playing basketball to using the playground have to cross the street. Neighbors report that drivers often speed through the park making it dangerous for all park goers. Residents have suggested closing down this section of the street. We are working with them to make this area safer.

The City and County own land in the North End that residents want to see turned into greenways. There is a lot of potential for a greenway network connecting neighborhoods and residents to various opportunities. We are working with neighbors and local government to identify and build potential greenway connections.

We are working with residents to organize regular walks and bike rides through the neighborhoods. These are great opportunities for neighbors to connect with one another, exercise, explore safe routes, and identify important improvements for pedestrians and cyclists.

Charlotte’s inadequate bicycle and pedestrian infrastructure prevent many residents from being active and connected to opportunity. Twenty-eight pedestrians died on city streets in 2018. Only 42% of the County’s paved streets have sidewalks, and only 53% of households are within 1⁄2 mile of outdoor recreation. Charlotte ranks 50th of the largest 50 cities for upward economic mobility.

Together with the North End Community Coalition, we will work with City staff to ensure that bicycle and pedestrian access to transit stations, greenways, sidewalks, and bike lanes are a priority.

Sustain Charlotte's partnership with the North End Neighborhood Coalition to improve connectivity is supported by a grant from the Aetna Foundation.