Connectedness and interrelationship were the themes of the day at this month's City Council Transportation and Planning (TAP) Committee meeting.  Indeed, Committee Chair Lyles’ opening remarks began with these two very important words.

As you may know, our city is growing. And growing fast.  Within the next 25 years we can expect as many people as currently live in Raleigh (400,000) to show up in Charlotte looking for jobs, schools, homes and hopefully a vibrant culture.

Right now our city is reviewing two very important documents that will be the guidelines by which we decide how to grow.  Our city’s zoning ordinance is currently being rewritten and our Transportation Action Plan is due for its five year update. 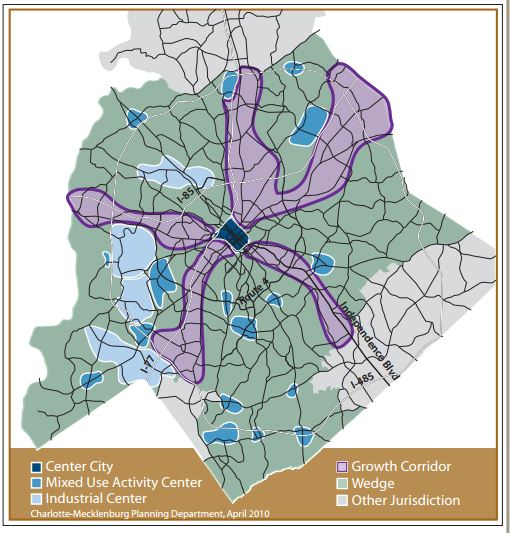 Yesterday the city heard a presentation on place-type tools to use in order to unpack some of the restrictions currently dictating what gets built where.  For instance, do you think all the micro-breweries are bunched up together because of the collective owners' disdain for competition?  No. They are where they are because the function of the building dictates where the business can function.

These types of ordinances are old and outdated, mostly having to do with last century’s attempt to locate "dirty" businesses like hide tanneries and factories far from residential areas.  As a result, nearly all types of businesses have been located in separate commercial districts. Therefore, most people live far beyond walking distance from where they work and from the services they need (and thus require a car for their mobility).

Today we have a new integration to consider.  Namely, how to integrate talented people, creative businesses and a growing desire for transportation choices into our city’s landscape.

You will hear this a lot this year, and it will become more true with each passing day. You should weigh in on this.  We think that public life and public space should be the number one priority of our city’s future development.  The city wants to hear your input.  Get involved by attending the 2016 Transportation Plan Updates Public Workshop on March 22nd!

The place-type presentation stirred up some fantastic comments from the committee.  Councilman Autry mentioned the 8 to 80 principle that our city’s leaders heard about last fall when Gil Penalosa visited Charlotte.  In short, if you design for someone who is 8 years old as well as someone who is 80, then you will be building a city that works and functions for all users.  Committee Chair Lyles mentioned that the Zoning Ordinance Update would “grow and expand the scope of this effort.”

Our city's development will ultimately be connected to our city's transportation functions.  Charlotte Department of Transportation Planning Manager Dan Gallagher also mentioned the 8 to 80 principle when discussing the update of the Transportation Action Plan.  “Charlotte will be a city of transportation choices,” he said, also adding, “(Traditional) bike lanes were a component of making bicycling a part of the network, now we have an opportunity to add to that network.”  Mr. Gallagher suggested at this point that the first protected bicycle lane should be built in Charlotte this year and mentioned the University Area as a potential location.

We couldn’t agree more that protected bike lanes should be the next addition to our city's active transportation network! In fact, just last week we launched a campaign to create support for a protected lane that would connect the Little Sugar Creek Greenway to the Irwin Creek Greenway via Uptown. 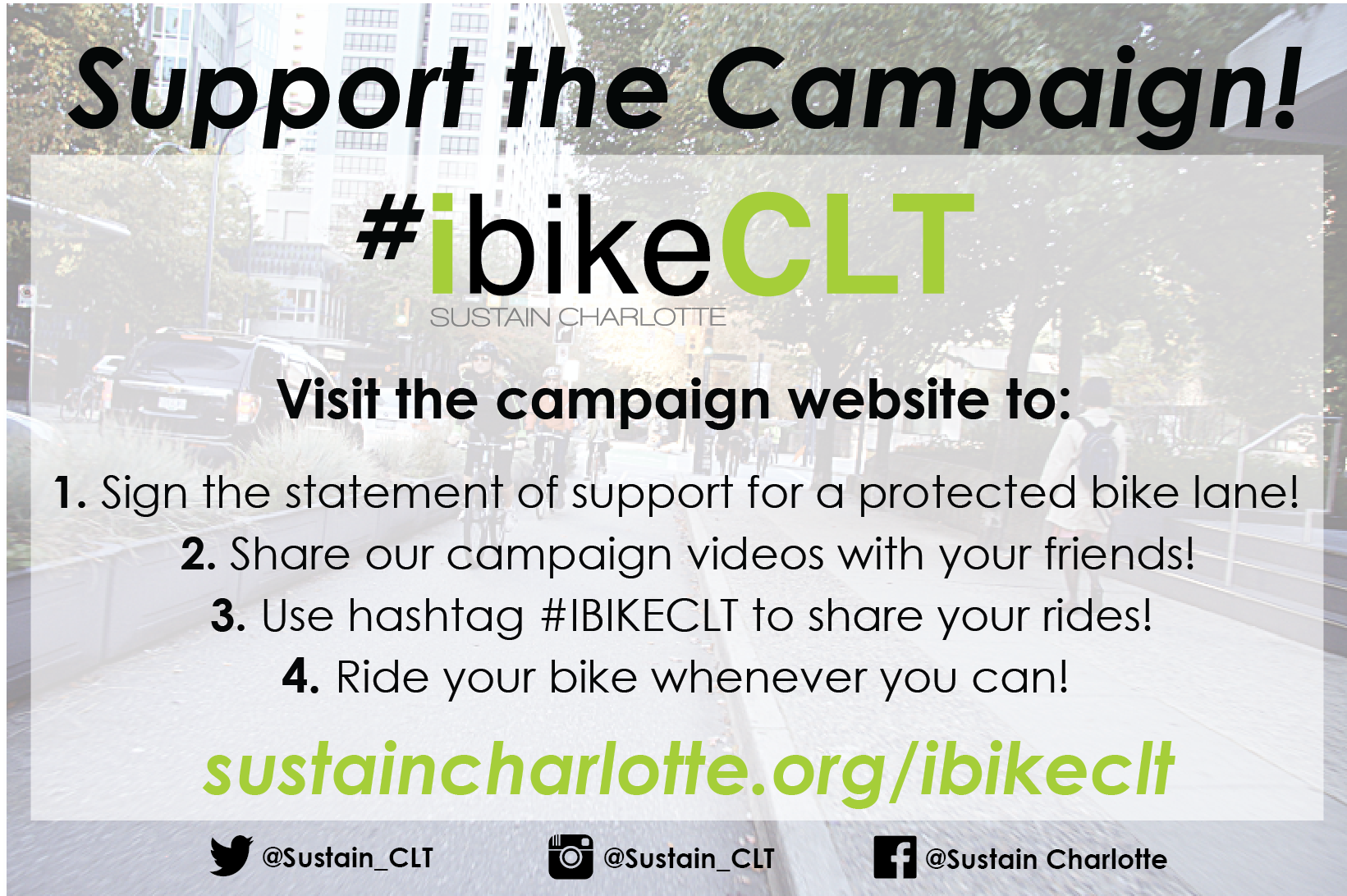 In that vein, the third item on the agenda yesterday was a fantastic example of how transportation and zoning are interrelated. Charlotte Department of Transportation (CDOT) Director Danny Pleasant informed the committee that CDOT intends to move ahead with a study of the Parkwood Ave/Plaza corridor, as approved by City Council last month.  “Last year you were presented with a petition, signed by over 600 residents, in favor of a proposed change to Parkwood Ave,” he told the committee.

Mr. Pleasant added that a contract has been approved to study long term options for this road.  CDOT plans to do a “walk audit, walking tours and public workshops” pertaining to Parkwood and a portion of The Plaza.  Sustain Charlotte played a key role by assisting the neighborhoods surrounding Parkwood with the creation of their petition and helping them navigate the political process required to get Parkwood on the city’s agenda.

The Parkwood Ave evaluation is important not just because it would make a notoriously dangerous, busy thoroughfare much safer for all road users and residents, but also because it is the most direct connection to the future Cross Charlotte Trail and Blue Line Extension projects.

Debra Campbell, Assistant City Manager, suggested that this corridor be studied and improved in order to “gain context” and “help our city understand” how we could see this improvement in more areas of Charlotte.

Mr. Pleasant reminded the council that this was only a study and suggested that there may be issues with finding funding to do this type of improvement.  Council Chair Lyles responded by asking a poignant question: "How can we fund new transportation infrastructure?” She reminded the room that if we don’t, we’re going to “fall behind.”

Councilman Autry raised the issue that these new transportation facilities have “an immediate return on investment” that go beyond the bottom line of city operations. He cited public health and economic equality as areas that would be improved if more Charlotte residents had transportation choices.

You can count on us to be at the next committee meeting, so stay tuned for more updates.  In the meantime, we encourage you to join the conversation!