3 ways the city is improving development and street safety

What is Charlotte doing to plan for a sustainable, safe, and walkable future? Lots! The Transportation and Planning Committee meeting on Monday, Feb. 25th focused on three ways the City is moving towards that goal. They received updates on the Charlotte Vision 2040 Plan, Transit Oriented Development Districts, and Vision Zero. 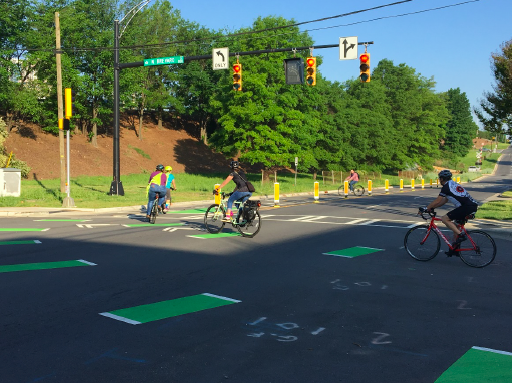 First, Garet Johnson, with the Planning Department, gave a brief update on the Charlotte Vision 2040 Plan.  In March, the team will focus on collecting public input to create the community vision and values.  There is one remaining public meeting on March 20th. We strongly urge you to attend and make your voice heard! Pop-up events will also be happening in places around the City with high pedestrian traffic. 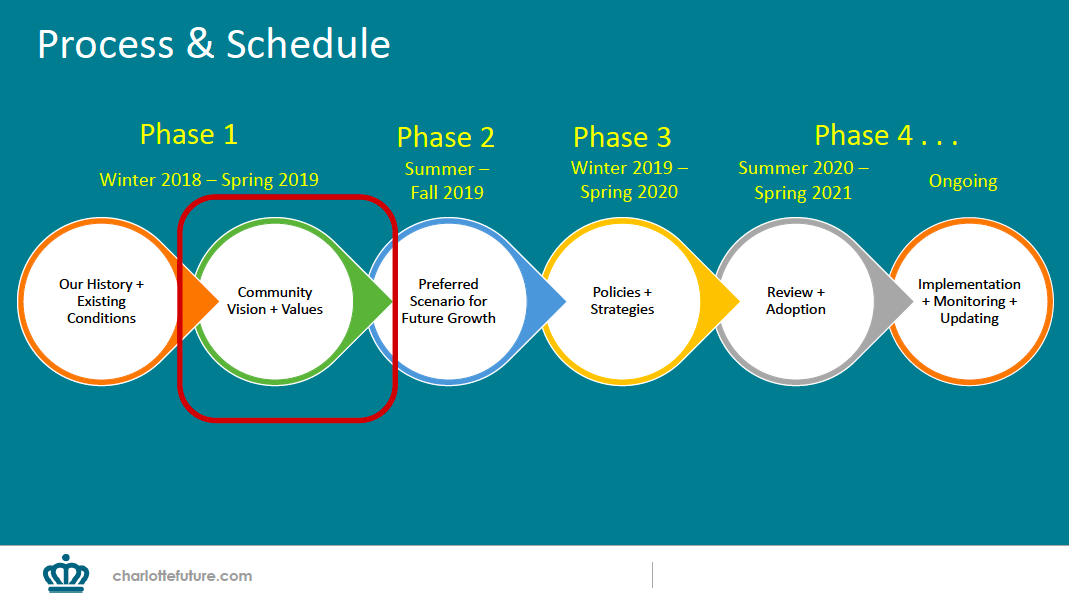 The Planning Department has also received a $250,000 grant from the Knight Foundation to help the City engage the residents of the Historic West End and West Charlotte in the creation of the 2040 plan.  This money is meant to help reduce barriers to participation, by helping pay for child care, food, and transportation.

We think this can create a model for how government staff can design their engagement efforts to be more inclusive. We have partnered with the West Boulevard Neighborhood Coalition consistently for two years and are happy to see that the Knight Foundation is planning to support resident engagement there! 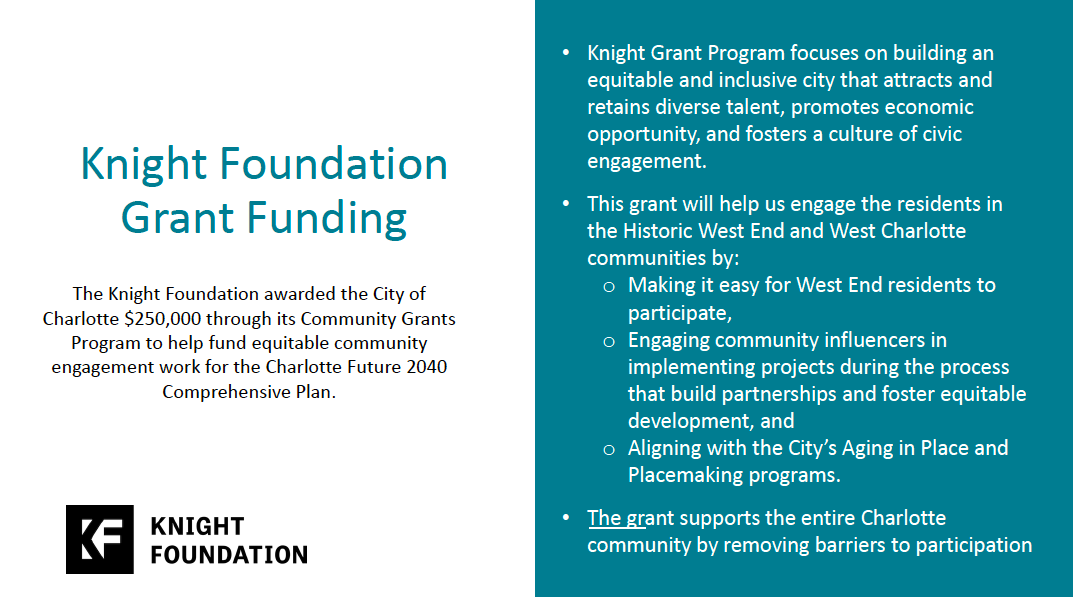 Next, Monica Holmes, with the Planning Department, gave an update on the new TOD ordinance. TOD development standards, combined with limits on auto-centric uses, are designed to create vibrant neighborhoods with a robust network of streets, sidewalks, and bicycle paths, providing safe and convenient access to transit stations.  The City began drafting this ordinance in November 2017 and our Executive Director serves on the Ordinance Advisory Council.

Recently, the City contracted an economic analysis report to test project types and open space standards to compare how the TOD ordinance will affect the cost of construction for developers.  A separate market study measured the demand for growth in certain areas.

Committee member Braxton Winston mentioned that he would like to see the TOD cross-referenced with the SEAP (Strategic Energy Action Plan).

The consultant also presented for the first time in this committee and presented TOD case studies from other cities like Pittsburgh.  Watch the full presentation on Facebook live here.

As shown in the timeline below, the next step in the process is the public hearing on March 18.  We intend to speak at the hearing and urge City Council to approve it. 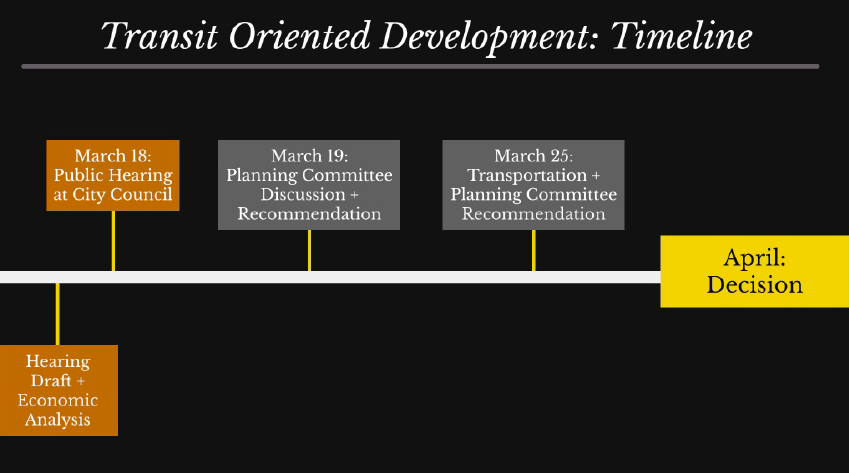 Debbie Smith, with CDOT, gave an overview of the Vision Zero Action Plan  She asked the Transportation and Planning Committee to share the full presentation to City Council before adopting the proclamation on March 25th.  The Committee voted to send the Action Plan to full Council on March 4th. 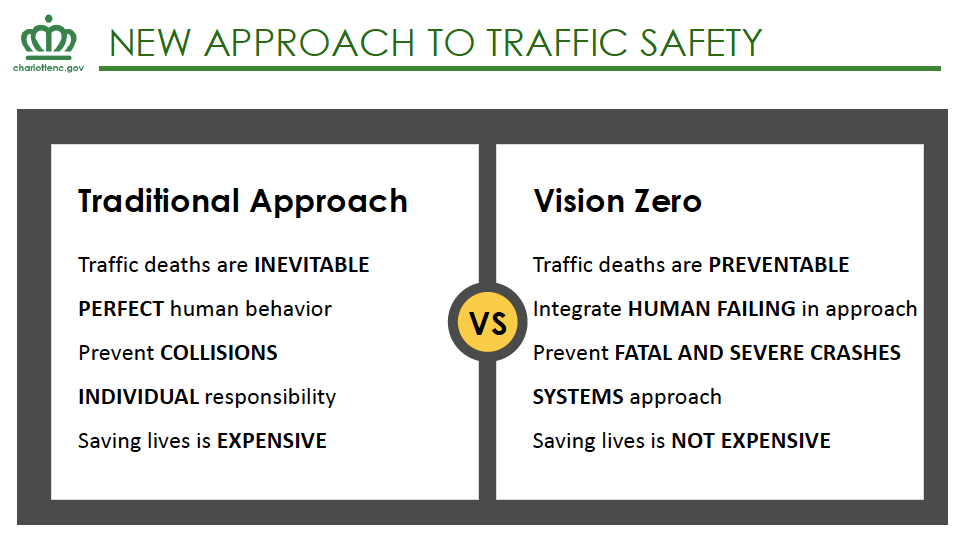 As a member of the Vision Zero Task Force, we're excited that the City is one step closer to proclaiming Charlotte as a Vision Zero City!