At the April 23rd Charlotte City Council Transportation and Planning Committee meeting, Ed McKinney from the Planning Department provided an overview of the South End Vision Plan. You can watch a stream of the meeting here. The plan is scheduled to be finalized in early May, after which it will again go before the Transportation and Planning Committee with a goal of full council adoption by the end of May. 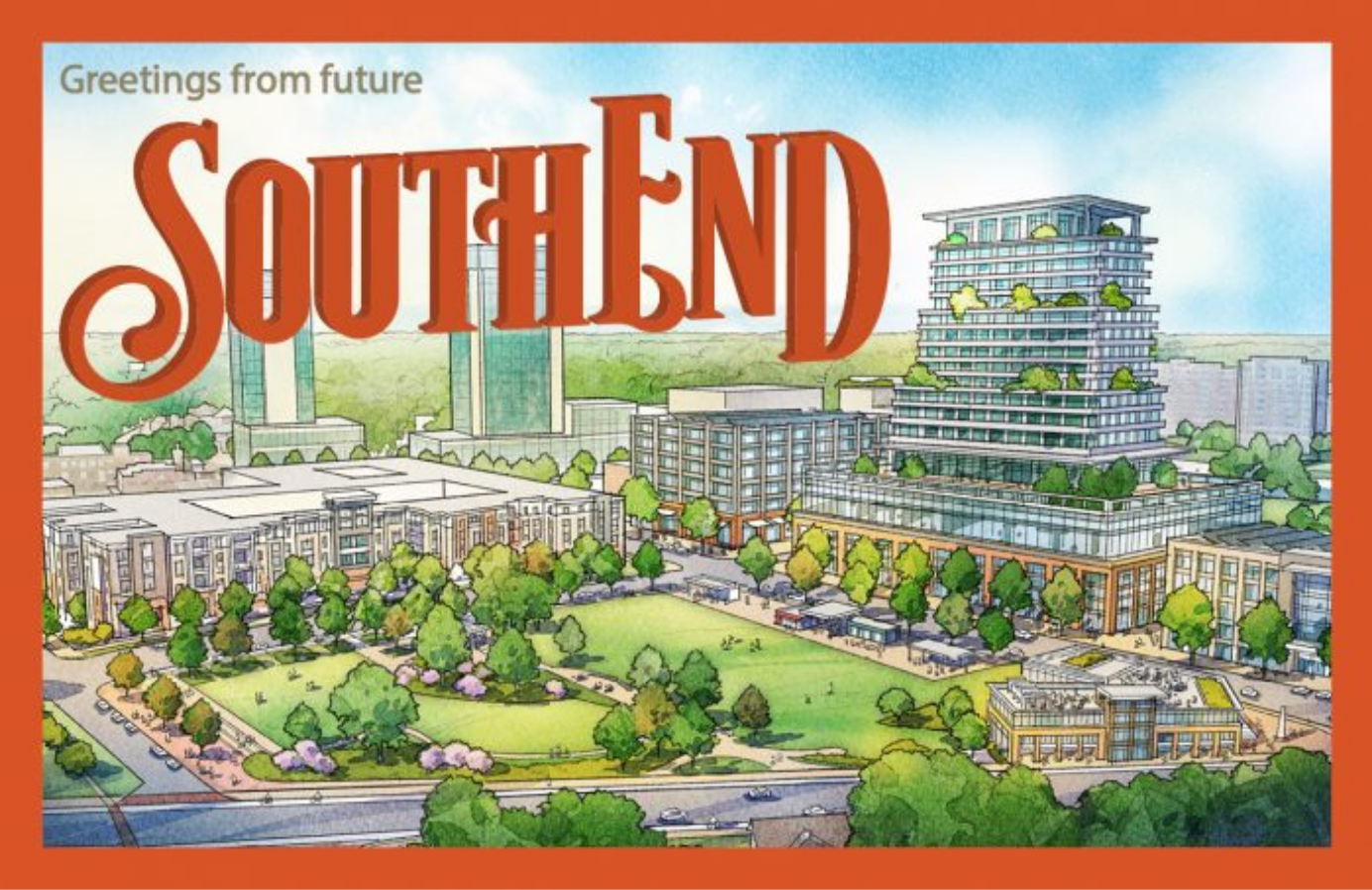 A Vision for South End

The plan is a joint effort between the City and Charlotte Center City Partners. The geographic area of the plan primarily encompasses the four Light Rail stations south of uptown, from Carson to New Bern. Many Charlotteans believe South End is fully built out because they see the dense development adjacent to the light rail, but a block or two away there are numerous vacant low density land use prime for redevelopment. The vision is to make South End even more walkable with high density, mixed use development. In this way, the plan has an added benefit of serving as a demonstration project for the UDO’s Place Types.

An example of planned improvements includes a new pedestrian crossing (and potentially a new light rail station, pending a feasibility study by CATS) in between the East/West and New Bern stations. This would allow people to more easily and safely reach the development near the Publix in South End.

Councilmember Eiselt expressed disappointment in recent developments that are not transit-oriented and yet are being built near light rail stations. She cited gas stations, storage facilities, car dealerships, and other auto-oriented uses. The city is currently updating its Transit Oriented Development (TOD) zoning rules as part of the UDO process. She suggested potentially correctively rezoning these areas to fit the vision plan rather than waiting for the UDO process to be completed.

McKinney said the decision would be up to Council and that they are concurrently working on the vision plan and TOD updates to make sure they are consistent. A draft of the new TOD districts was originally scheduled to be completed in June with full council adoption in December, although McKinney said it may go into early 2019. We were concerned to hear that this may not be completed by end of year, per the timeline.  We believe it is imperative that these new standards are in place as soon as possible given the feverish pace of development along the light rail line and the many non-transit-oriented developments occurring as highlighted by Eiselt.

Councilmember Winston questioned whether the plan fully addressed affordable housing and why the city is putting so much investment and energy into an area that is already developed. Councilmember Eiselt said the City has invested hundreds of millions of dollars in the area and by not implementing the plan, would not maximize growth of the tax base. She also said the plan does not preclude affordable housing, and would be a high opportunity area for housing.

Garet Johnson from the Planning Department gave an update on the UDO process including exit survey data from a series of public UDO events in March. Staff heard a desire from the public for more ownership and involvement in the process as well as a clearer, aspirational vision. Based on the feedback, planning staff said they will come back to the committee with different scenarios for how to proceed, some of which may extend the UDO timeline which is currently set to be completed by June 2020.  While we agree with the need for a clear vision, we are also concerned about extending the timeline for this update beyond June 2020.